Friday’s home game against Dynamo started well enough. However, after the Dragons jumped into the lead after just 27 seconds, things deteriorated sharply. The Blue-and-Whites rallied strongly and ended up winning convincingly, despite Brandon Yip setting another club record.

Despite the lopsided final scoreline, it’s worth noting that KRS was in contention here until the start of the third period. However, at a time when our guys urgently needed a goal to tie the game, we allowed two in quick succession at the other end to kill it off. Not for the first time this season, fine margins shaped the outcome of the game.

There were some changes to the team that lost to Metallurg last time out. Jeremy Smith returned in goal, and Parker Foo was back after he was rested against Magnitka. Unfortunately, Foo’s return was cut short: he took a big hit from Anton Malyshev and left the game in the second period.

At the start of the game, the Dragons grabbed a sensational lead. With just 27 seconds gone, Brandon Yip opened the scoring. This came from the first serious shot of the game, and Yipper got the vital touch to steer Zac Leslie’s effort beyond Konstantin Volkov in the visitor’s net. The goal goes into the history books as our fastest ever marker in the KHL. It also takes our captain to 17 snipes for the season, bringing even more landmarks into view. 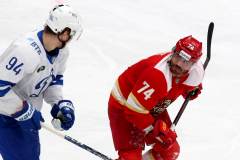 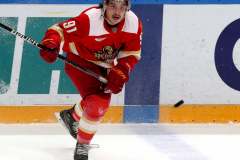 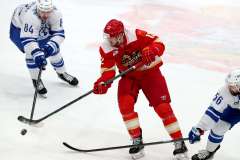 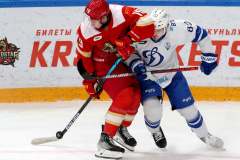 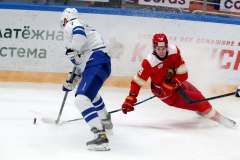 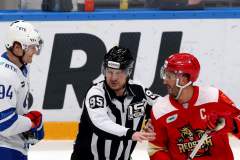 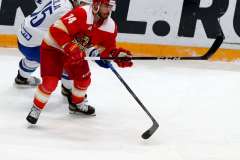 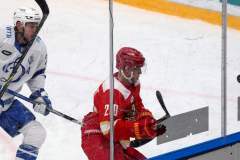 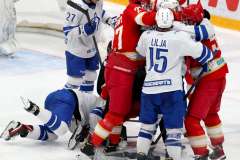 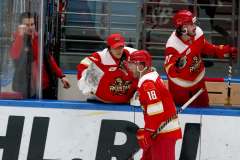 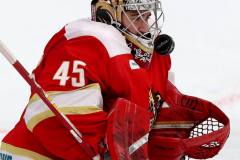 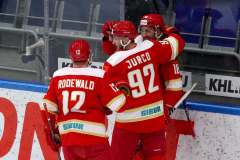 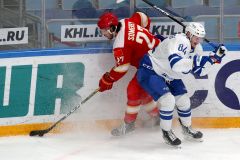 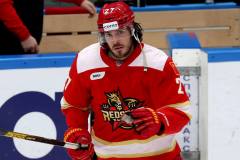 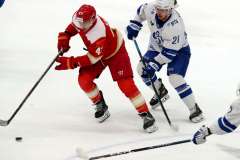 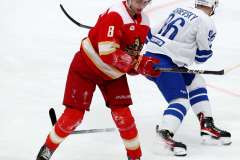 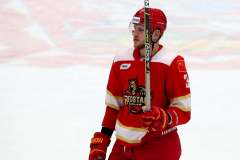 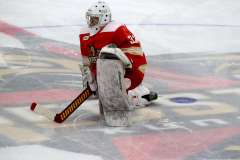 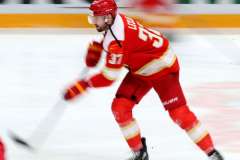 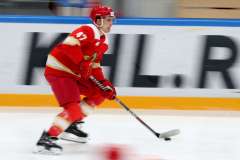 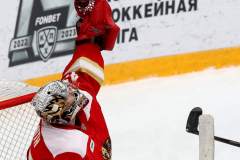 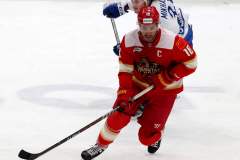 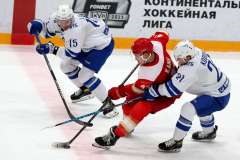 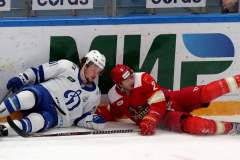 For a moment, it was possible to hope that Dynamo – which has already defeated the Dragons twice this season – might be sufficiently disconcerted by its health worries to allow a rare Red Star victory over the Blue-and-Whites. However, the Muscovites did not let that happen. Vladislav Kodola, drawn into the team to replace Weal, tied the game.

After that, it proved difficult for the home team to make an impression. Jakob Lilja put Dynamo ahead on the power play midway through the second period. By then, we had already lost Foo and our offense was finding it tough to get into the game. Jack Rodewald set up Tomas Jurco for a dangerous shot from the hash marks, but Volkov was equal to that test and the visitor led at the second intermission.

However, there was hope in the form of a power play at the start of the third. Dmitry Rashevsky was Dynamo’s offender, producing a dive that would have raised eyebrows in Qatar, never mind on a hockey rink. Unfortunately, his antics went unpunished and when he returned to the ice, Red Star’s hopes of saving the game soon evaporated. Two quick goals saw Pavel Kudryavtsev increase Dynamo’s lead before Lilja got his second of the night. A late power play goal from Alexander Skorenov wrapped up the final scoreline. The Dragons will hope for better things at the weekend when table-topping SKA comes to town.