Another day, another match-up with Admiral, and another shoot-out. And,
sorry to say, another defeat at the hands of Viktor Alexandrov, the man who
crashed Saturday’s homecoming party in Shanghai.

The shoot-out was level at 1-1 – Wojtek Wolski for Red Star, Maxim Kazakov
for Admiral – when Alexandrov stepped up to win his duel with Magnus Hellberg.
Igor Bobkov proved strong enough to deny Geoff Kinrade and Jesse Blacker, and
once again Kunlun was beaten by the narrowest and most frustrating of margins.
Indeed, there’s a certain weary familiarity about it all. So far this season,
Kunlun has managed only one win after tying in regulation – a shoot-out success
against Traktor back on September 3. Since then, there have been two overtime
losses and a further four in shoot-outs. 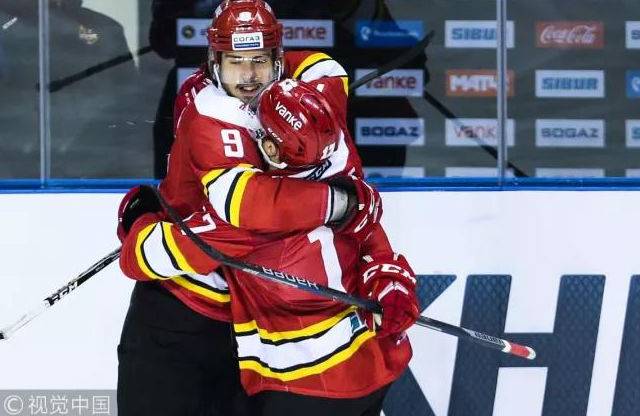 Monday’s feeling of familiarity was not limited solely to the outcome, nor
the key role played by Mr. Alexandrov. Even regulation had its echoes of
Saturday’s game. The first period was goalless again, the two teams evenly
matched. Red Star moved ahead in the middle frame, building a strong position on
the back of power play goals from Blacker and Wolski. Gilbert Brule had a hand
in both; first, his rush ended with the puck sliding back for Blacker to unleash
a one-timer from the top of the circle. Next, just after the midway mark, Brule
was lurking down in the corners and picked out a pass for Wolski to thump home.
Red Star led 2-0, and it felt like Saturday’s disappointment might be swiftly
avenged. 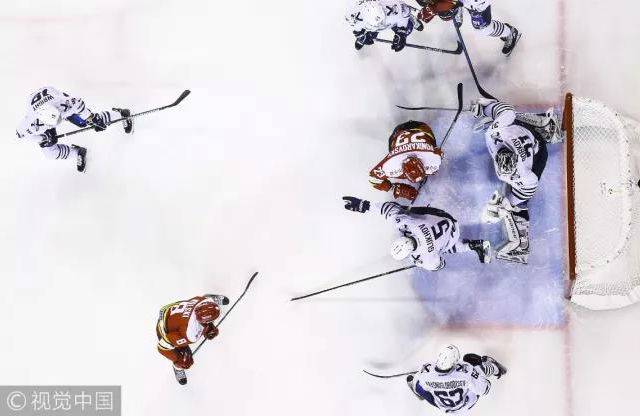 Then our weekend nemesis, Alexandrov, got in on the act, halving the
deficit before the second intermission. Going into the third with a one-goal
advantage, that man Alexandrov thwarted Kunlun once again: his interception,
deep in our zone, enabled him to set up Dmitry Sayustov for the tying goal and
set us on the way to another round of extras. As mentioned earlier, overtime has
not been our favorite part of the game this season – a contrast from last year,
when we claimed the bonus point four times from seven – and once again the
outcome was a disappointment. And so, on the face of it, things don’t look good. One win in eight games
is a poor return by any standards. But, digging a little deeper, the position is
not quite as bleak as it might seem. Only two of those defeats came in
regulation time, and one of those – the 0-3 reverse at Avangard – was hardly the
one-sided encounter the final score suggests. This team is not far away from
turning its potential into performances, and the next chance to do that comes on
Friday when Eastern Conference leader Ak Bars comes to town. A tall order?
Maybe, but what better way to show the rest of the league what our guys can do
than by giving a real battle to an in-form opponent?