Today was a big day for one of the longest-serving Dragons. Luke Lockhart played his 300th KHL game for the team, becoming the first player in our club’s history to reach that mark. Brandon Yip (252 games) and Cory Kane (248).

It’s been quite the journey for Luke, who is also known as Luo Jia. When he joined the Dragons in 2017, he had just graduated from the University of British Columbia, his native province in Canada. He was part of the group of players recruited under Mike Keenan as the team scoured North American for guys with Chinese heritage and Luke learned fast as he stepped up several levels to establish himself as a KHL regular. Eventually, international recognition followed when he took to the ice with Team China at last year’s Beijing Olympics, scoring one assist in four games. Lockhart also contributed 6 (4+2) points to help the national team to promotion from its World Championship group.

Now 30, the center is a key part of our offense. He is third in all-time scoring with 81 (38+43) points, but that is only part of what he brings to the team. Check out the face-off stats, consistently winning over 50% of his draws, or look at the minutes he gets through night after night as one of the warriors on this team. A triple century of games at this level is no small achievement, and Luke deserves all the credit he gets from the club.

Unfortunately, though, that credit did not run to a victory to celebrate the occasion. Lokomotiv is still finding its way back to peak form after an uncertain run dating back to late December. However, the Western Conference high flyer showed signs of progress in its recent 6-2 win over Severstal and proved too strong in this game. The Railwaymen play a similar game to Red Star, always looking to keep it compact and take away time and space from the opposing offense. For our guys, that’s a relatively new strategy implemented from the start of this season, while Loko has been doing it for some time under the guidance of head coach Igor Nikitin. Today, the 2019 Gagarin Cup winner got the better of the battle. 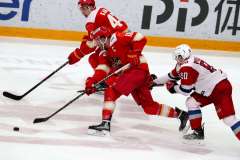 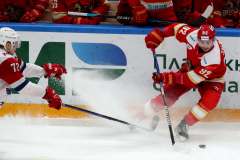 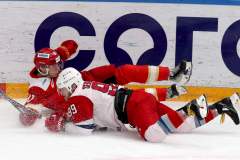 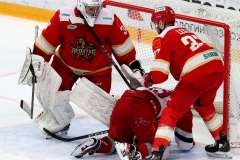 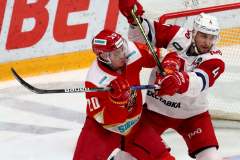 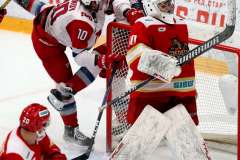 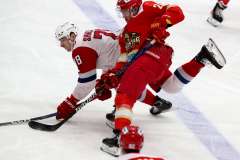 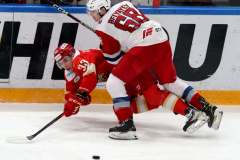 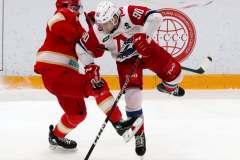 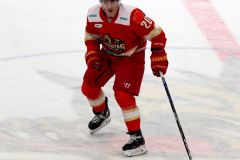 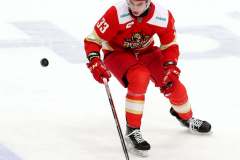 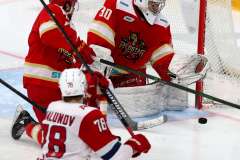 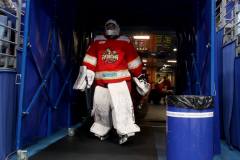 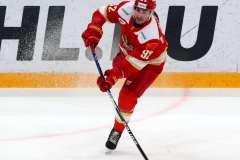 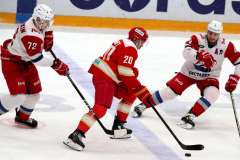 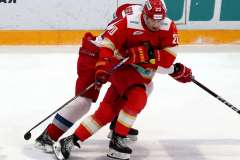 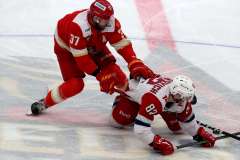 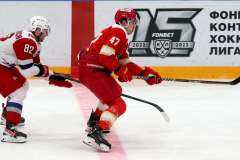 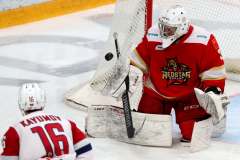 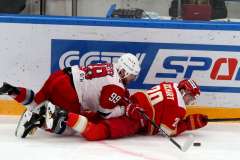 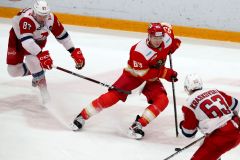 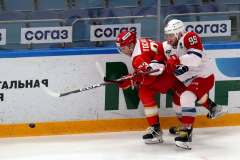 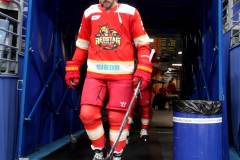 The visitor got an early lead when Stepan Nikulin – many people’s pick for KHL rookie of the season – redirected Denis Alexeyev’s shot past Matt Jurusik in the fifth minute. That set the tone for Lokomotiv to have the better of the first period, outshooting KRS 11-3. Our best opportunity fell to young German Tochilkin, but on this occasion, he fired his shot wide of the target when well placed.

There wasn’t much change in the second period. Lokomotiv continued to have slightly the better of the play but had to wait until its first power play of the game to extend its lead through Pavel Kraskovsky.

Up to that point, KRS had struggled to generate much offense and it wasn’t until the third period that our guys began to pose serious questions of Ivan Bocharov in the visiting net. However, that did not bring the goal we needed to get back into the game. In the closing stages, Jurusik came out of his net with more than three-and-a-half minutes to play, but despite some intense pressure on the Loko goal, there was no way through even with the extra skater. Instead, a deflected clearance bounced off the boards and into our net to complete the scoring.