This week, it’s fun to be a Dragon. Back-to-back wins, 10 goals scored and a general ‘feel-good’ factor about the place. Ahead of today’s game, head coach Greg Ireland gave a long interview to KHL.ru, where he talked about the importance of building a team that demanded the best from itself. In the past, he feels, Red Star has been too willing to accept its status as an outsider. Now, in a season of steady progress, we are seeing how the guys are determined to take more from every game.

Our games against Vityaz mirror that progress. Over the course of the season, we’re scheduled to meet our Moscow Region neighbor six times. It didn’t start well, with the first three games going against us. However, even within those encounters, it was noticeable that each meeting was getting closer. Today was the next logical step on that journey.

After scoring six in Minsk on Wednesday, changes to the team were minimal. Matt Jurusik replaced Jeremy Smith in goal, but otherwise it was very much ‘as you were’. And, after finishing the Dinamo game with two late goals, that scoring form continued on our first attack in this one. Tomas Jurco fired in the first shot of the game, Luke Lockhart watched it cannon off the back boards and then calmly put the puck past Dmitry Shikin. 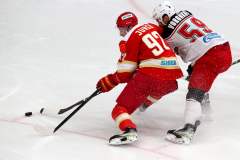 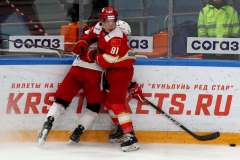 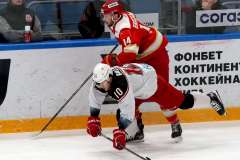 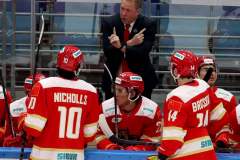 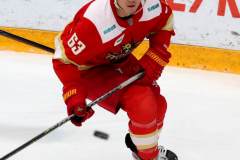 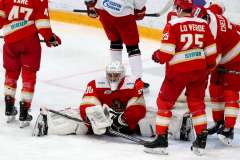 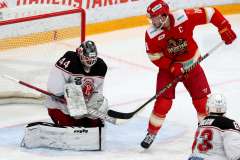 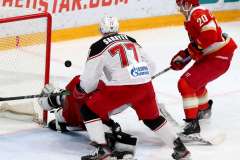 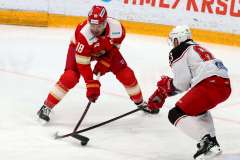 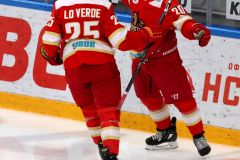 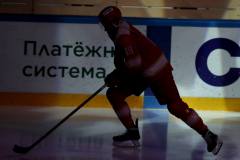 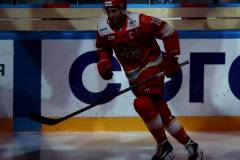 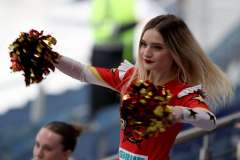 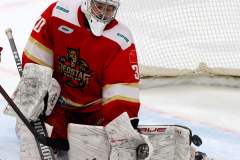 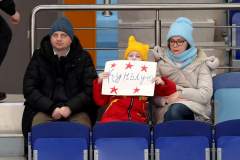 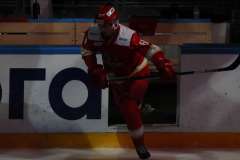 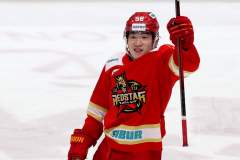 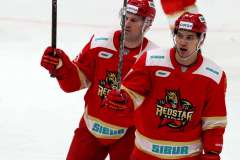 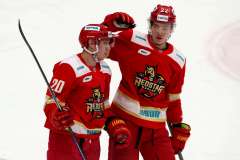 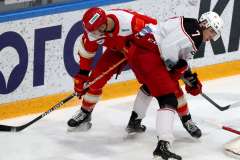 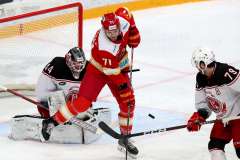 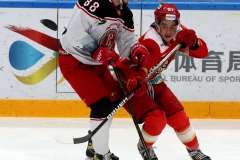 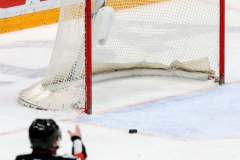 However, this is a good Vityaz team on a rich run of its own form. The visitor had won five of its previous six games and responded well after going behind early. The first period saw plenty of pressure on our net, with Vityaz outshooting our guys 11-3. For all those attempts, though, some compact, hard-working defense did a fine job of limiting any really good looks at Jurusik’s net. In the end, Matt would finish with 38 saves and his fourth shut-out of the season. However, it was striking that many of the shots he stopped came from defensemen: Alexei Volgin (6 shots) and Jeremy Roy (4) led their team in shots on goal, highlighting how well our D-core kept Vityaz to the outside.

That also explains why, after scoring just 35 seconds into the game, the next goal had to wait until the beginning of the third period. Cliff Pu, still buzzing from his hat-trick in Belarus, was instrumental here. He forced a turnover in our zone and released Cory Kane into their zone. Kane and Shikin know each other well after playing together here in the past, and the goalie stopped Cory’s first attempt before succumbing to the second.

With a two-goal deficit to chase, Vityaz needed to start getting pucks to the net. However, as we saw throughout the game, that’s precisely what our defense was preventing. As time ticked down, the visitor got more anxious and there was a hint of desperation creeping into the game. That brought inevitable consequences. Shikin was called to the bench and, just as in Minsk, the Dragons plundered two empty net goals. Jurco got the first, making it four games in a row that our Slovak Olympian has found the net. Then, wrapping things up, Lockhart finished what he started to close out a 4-0 verdict.

Next up is a trip to Spartak on Sunday, with the guys hoping to make further inroads on the 10-point gap to a place in the top eight.