The Dragons wrapped up their 2022 program with a visit from in-form Lokomotiv. The Railwaymen came steaming into town in search of a fifth successive victory as Igor Nikitin’s team looks to cement second place in the Western Conference. For Kunlun, today’s game brought a debut for rookie forward German Tochilkin, acquired on loan from Spartak just before yesterday’s deadline. We also saw the welcome return of defenseman Vince LoVerde, back in action after injury.

The game began with a big moment for our team. Luke Lockhart, a true warrior at the heart of our organization for several seasons, has not enjoyed the best of returns this term. Today was his 35th game, and he was still awaiting his first goal. Of course, hockey is about a whole range of contributions to the collective, not all of which can easily be measured and put on display for the casual observer, and nobody involved with KRS would doubt for a moment how much Luke brings to the team. However, forwards always feel happier when they are scoring, and 79 seconds into this game Luke brought his long goal drought to an end.

It started with a spell of pressure on the Lokomotiv net that saw Parker Foo fire in a wrist shot from deep. Lockhart got the redirect onto that effort, taking it away from Ivan Bocharov to make it 1-0.

Given our recent results against Lokomotiv, hopes were high. After two wins in Yaroslavl, an early goal added to the belief that we could repeat that success on home ice in Mytishchi. Moreover, we had Matt Jurusik back in goal; his previous encounter with the Railwaymen was a game-winning shut-out involving an incredible 47 saves. 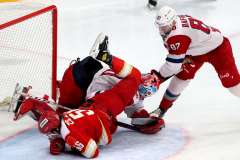 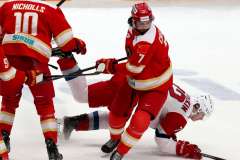 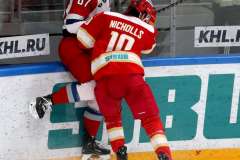 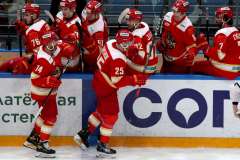 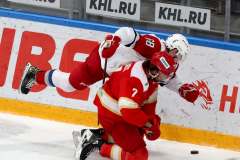 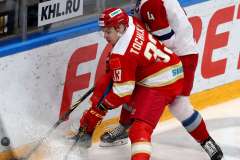 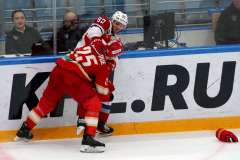 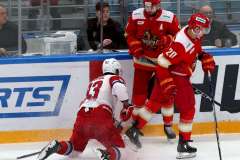 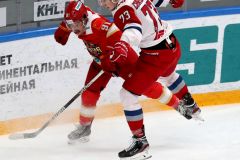 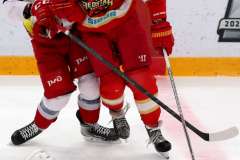 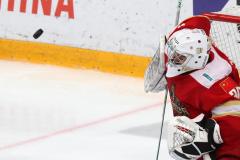 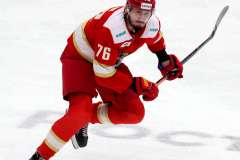 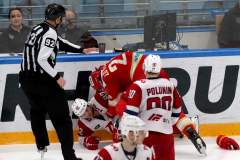 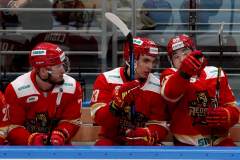 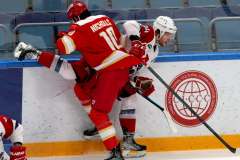 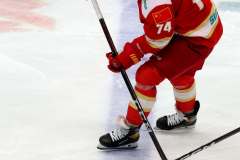 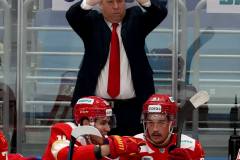 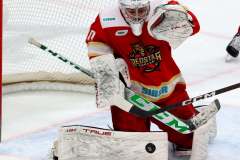 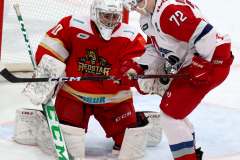 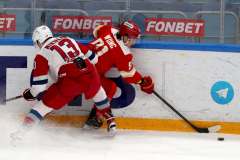 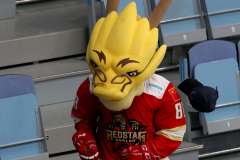 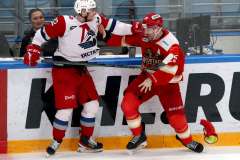 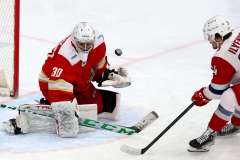 Matt faced an intense workload again here. Loko, smarting from those home losses, was determined to exact some revenge. Finally, midway through the first period, Igor Nikitin’s team solved Jurusik. Maxim Shalunov tied the game on the power play, then repeated the trick seconds after the first intermission to make it 2-1 to the visitor.

However, Jurusik continued to pull out the big saves and keep us in the game. Then, at the other end, Vince LoVerde reminded us all what we’d been missing during his time out injured. Vince returned to tonight’s team for the first time since December 6 and did a superb job with the tying goal late in the middle frame. He started by bringing play into the Lokomotiv zone, where his pass for Tyler Wong took three opponents out of the game. Then our D-man showed flawless offensive instincts, getting to the slot in anticipation of a return pass. Wonger delivered, and the finish beat Bocharov.

The habit of starting each period with a goal continued, though, and the third went against us. Alexander Polunin struck on 40:39 to put Lokomotiv back in front. A couple of power play chances gave us hope, but produced little danger for Bocharov to contend with. And, back at full strength, Loko scored again through Denis Alexeyev to open a two-goal lead – the first in the game – and ultimately take the win.