It’s fair to say that Torpedo has not been our favorite opponent this season. This was our fourth meeting with Igor Larionov’s team, and it ended in a fourth loss. Not for the first time, we also face a stand-out performance from one of our former players, with Alexei Kruchinin potting a hat-trick.

On the plus side, Monday’s game brought two more goals for Tomas Jurco. Our Slovak forward is settling in nicely and now has 4 (3+1) points from his last three games. Today, Tomas single-handedly hauled the Dragons back into contention with tallies either side of the first intermission to wipe out Torpedo’s 2-0 lead.

Jurco got his first in the 18th minute. Luke Lockhart showed off some neat stick handling to get the puck to the doorstep and, after Adam Huska made one save, Tomas beat his compatriot from close range.

If that goal was a display of brute force, the second was all about finesse. Doyle Somerby moved down the left-hand channel and fired the puck towards the net, where Jurco with waiting with a delicate touch to steer it beyond Huska’s reach. With 21 minutes played, the game was all square and the Dragons were absolutely in business. 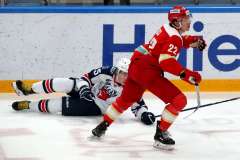 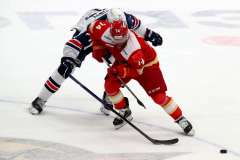 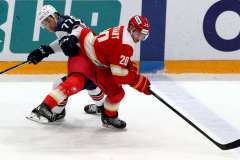 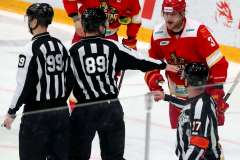 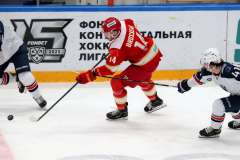 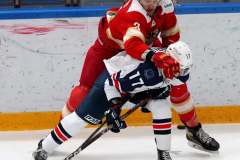 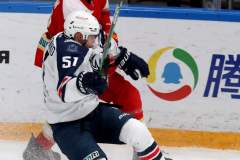 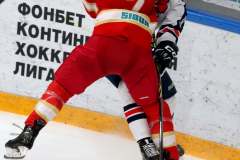 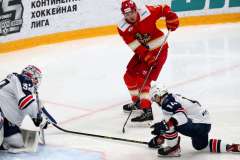 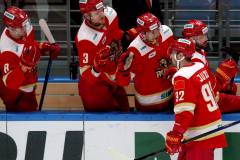 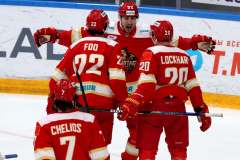 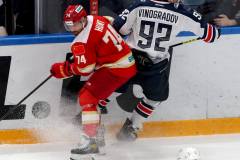 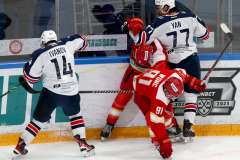 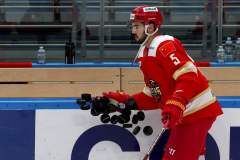 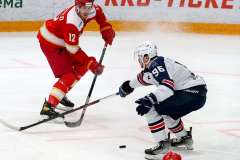 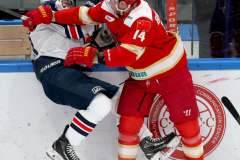 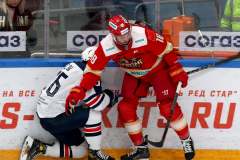 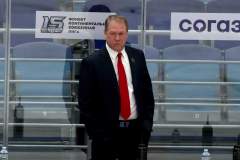 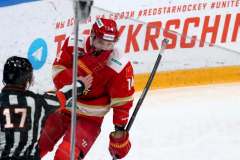 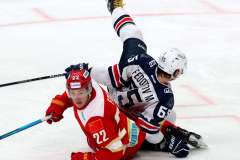 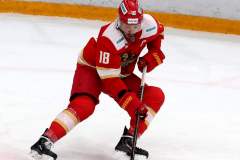 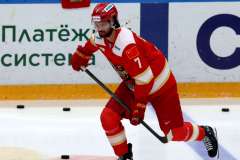 However, Torpedo got the next goal in circumstances that did nothing to inspire a festive mood. An unfortunately collision between two of our players in center ice handed Torpedo a 4-on-2 break (we were already shorthanded at the time). As the visitor looked to press home its advantage, Sergei Goncharuk seemed to impede Jeremy Smith, who remained stricken as Kruchinin fired into an unguarded net. Greg Ireland challenged the play, believing it should be called back for interference on the goalie. However, the video review backed the on-ice call, and our guys were down 2-3 and faced a two-minute delay of game penalty for their troubles.

There was more hardship to follow. Kirill Voronin extended Torpedo’s lead in the second period and the third started with a 3-on-5 penalty kill. Impressively, that saw Red Star reduce the deficit: after Ryan Sproul served his penalty – and the Dragons dinged the Torpedo piping – Devin Brosseau grabbed a shorty to make it 3-4.

At this point, there was still 15 minutes to play, more than enough time to turn the game around. However, fortune was not with our guys. The closing stages saw Torpedo jump into a bigger lead than the balance of place suggested. Alexander Daryin got the killer fifth goal, then Kruchinin struck twice in the closing moments to complete his hat-trick and seal a flattering final scoreline. Kruchinin, of course, briefly played for us in the 2020/21 season, albeit at a time when our club was hastily acquiring free agents to enable to put some kind of a team on the ice amid the confusion of the pandemic. Back then, he had 2 (1+1) points from his 10 games. Today proved rather more productive for the much-travelled 31-year-old.