Zhang Zesen wrote his name in the history books with his first KHL goal in a heroic battle against table-topping SKA. The 25-year-old is the third Chinese-born player to score in this league, following Rudi Ying and Hu Yang. He is also a great example of how the KRS project is nurturing Chinese talent and bringing it through the ranks to play at the top level.

Zhang started his association with the club in 2017 when our VHL franchise first started. He played three seasons in total at that level before the pandemic forced him out of action in 2020/21. The following year, with a view to getting to the Olympics, Zesen made his first KHL appearances and this season he is a regular contributor to the team.

Today, he got his first goal in the KHL. It came midway through the second period when he fired the rebound from Ryan Sproul’s shot into an open net. That was Sproully’s second notable contribution in the game: late in the first period he stepped in quickly to remonstrate with Maxim Zorkin after the recently-acquired SKA defenseman took liberties with an illegal hit on Alex Riche late in the first period.

It was also Red Star’s second goal of the game. Tyler Wong opened the scoring for our guys early in the second period. It was another goal with a strong Chinese accent: China international Jian An (Cory Kane) fired in a shot and China international Wang Taile (Wong) forced it home on the rebound.

Wong went on to get another in the 32nd minute. It took just seconds to convert a power play, with Wonger smashing home a one-timer from the left-hand circle. That chased Vladislav Podyapolsky from the SKA net and gave us a 3-0 lead. 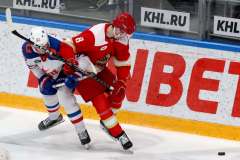 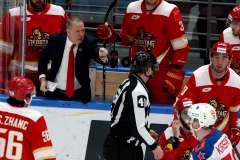 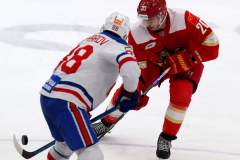 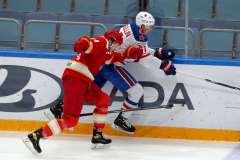 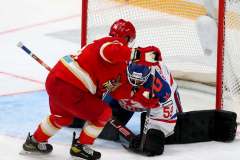 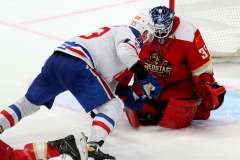 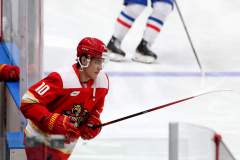 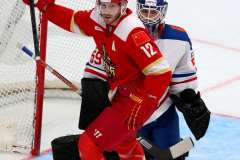 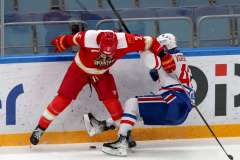 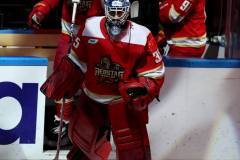 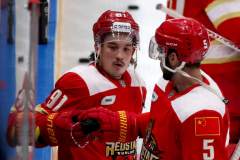 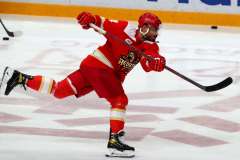 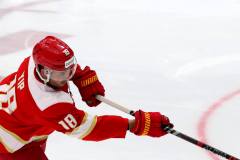 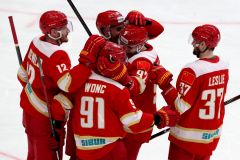 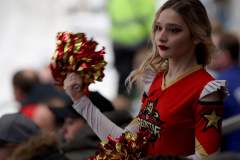 Now the Dragons dared to dream. Only once in franchise history had Red Star defeated SKA. However, inbound goalie Dmitry Nikolayev proved to be a formidable obstacle. He made game-changing saves to denied Wong and Jack Rodewald on another power play and keep the score at 3-0 at the end of the second period.

It felt like a solid lead, but everyone knows how dangerous the visiting offense can be. And, sadly, we got a reminder of that at the start of the third when Dmitrij Jaskin pulled one back on the power play. At the other end, Nikolayev proved unbeatable and SKA began to chip away at our defense. Damir Zhafyarov made it a one-goal game, then tied it up with two minutes left. The Dragons had a late power play that came to nothing and it was into overtime.

The extras could not separate the teams. Wong fired wide early in the session, then Nikolayev denied Kane and Yip. Later, he was withdrawn in favor of an extra skater, but our players dug in and blocked a host of shots to keep the game alive.

However, Nikolayev returned for the shoot-out and produced a truly game-winning display. He stopped four of our five attempts – only Alex Riche got the better of him – and successful shots from Marat Khairullin and Dmitrij Jaskin saw the runaway leader escape with a hard-won victory.