Brandon Yip led from the front with three points, and Tomas Jurco marked his KRS debut with two assists in a convincing victory over the Leopards.

Slovakian forward Jurco was announced on a one-year contract yesterday and he was plunged straight into action. The 29-year-old has good memories of hockey in China after playing at the Olympics in Beijing back in February and helping his country to bronze, its first ever medal at the games. The former NHLer also has KHL experience after potting 11 points in 17 games for Barys last season.

Today, Tomas went straight into our first line alongside Yip and Jack Rodewald. He quickly found his feet with his new partners, collecting helpers on our first two goals. Both came on the power play, and both were scored by Yip.

First, Jurco set up Zac Leslie for a shot from the blue line. Maxim Tretiak managed to stop that one, but could do nothing about Yipper’s backhand effort on the rebound. Five minutes later, the same trio combined once again. Jurco won the face-off, then exchanged passes with Leslie before teeing up Yip for his second of the game.

The second period brought two quick goals for the Dragons. Yip turned provider to release Leslie for 3-0 90 seconds after the restart. And things kept getting better. Luke Lockhart tried to bring play through center ice, only to be brought down. However, the puck skidded on for Jason Fram to zing home a wrister from the left-hand dot. 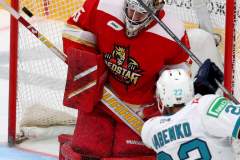 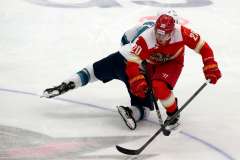 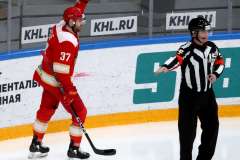 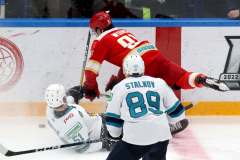 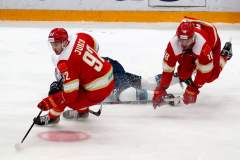 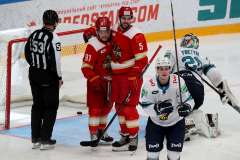 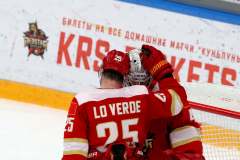 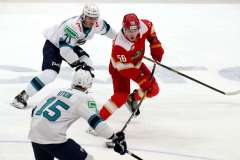 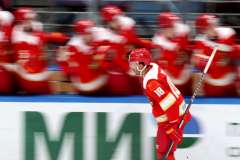 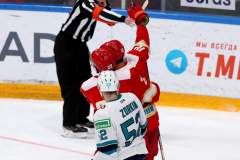 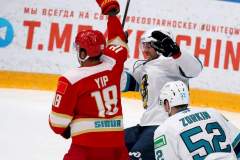 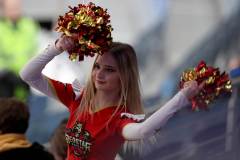 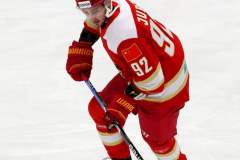 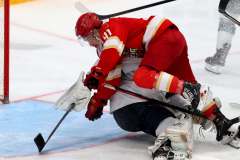 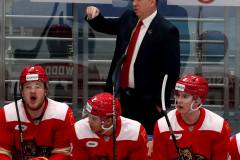 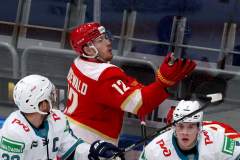 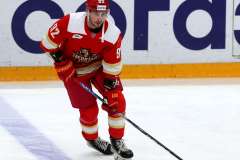 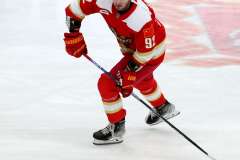 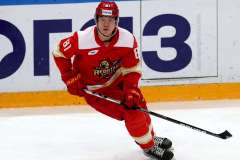 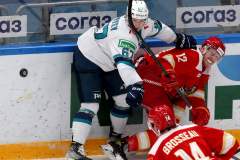 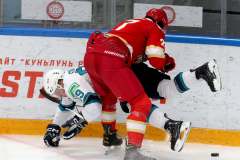 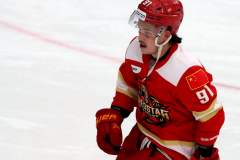 Down by four inside 23 minutes, Sochi might have looked to change goalie. However, the Black Sea club has a shortage of netminding cover. Tretiak’s back-up was 18-year-old rookie Pavel Buturlin, who is evidently on the roster for experience rather than competitive action. The visitor persevered with its starter but had few hopes beyond keeping the scoreline respectable.

The visitor improved in the middle frame. The game may have been done, but Jeremy Smith still got his customary highlight reel save when he thrust out a glove to rob Artyom Nikolayev of a power play goal. Eventually, Sergei Popov found a way to beat Smitty, but we were already talking about consolation goals by then.

At the start of the third, the Dragons added a fifth goal. A Sochi attack broke down and Ryan Sproul dashed off on an odd-man rush. The defenseman took his time to pick out a pass the sat invitingly for Tyler Wong to finish the play. Wonger looks to be back to his best after the injury that slowed his start to the season. That was his third goal in four games, a welcome return to top form.

There was little to play for in the remainder of the game. Dmitry Zavgorodny pulled a goal back for Sochi midway through the third period, but the outcome was long decided. After two losses, the Dragons got back to winning ways and can look forward to Tuesday’s visit from Metallurg with greater optimism.