This was a bad day at the office. The only bright spot was the return of Chinese goalie Sun Zehao to pro hockey action. Sun, 26, made history early in his career as the first goaltender born in China to feature in the KHL. However, his last appearance came in February 2019 and for two years the Harbin native was out of the game.

Recently, though, Sunny returned to the game and rejoined KRS on a two-way contract. In recent weeks he often featured as back-up and today, for the first time in over two years, he made it onto the ice in a senior game.

True, there wasn’t much left in the contest when Sun replaced Jeremy Smith midway through the third period. Torpedo was already up 5-0 and despite Saturday’s free-scoring third period there was no evidence of a renewed miraculous fightback from the Dragons. However, take nothing away from our guy: he did not allow any more goals, stopping every shot he faced in the closing stages. Given the circumstances, there’s not much more to ask of any goalie.

Unfortunately, few other players could look at today’s performance as an undoubted success. Head coach Greg Ireland was blunt in his assessment of where it all went wrong. “I don’t think we were very disciplined in our game systems and our level of play,” he said after the game.

Admittedly, Ireland faces the task of changing the mentality on a team that grew too accustomed to defeat last season. That’s still a work in progress and games like tonight highlight how much is still to be done. Ireland wants a clearer distinction between his top six, with a license to provide offensive flair, and his bottom six, tasked with doing the dirty work. And he challenged his players to respond. 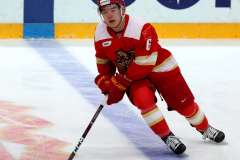 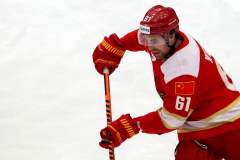 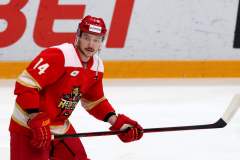 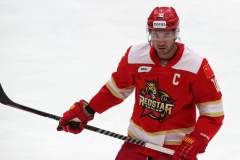 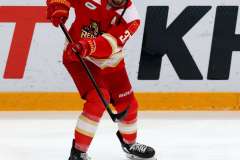 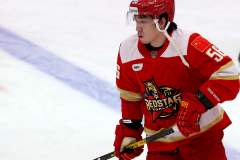 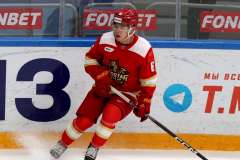 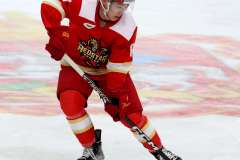 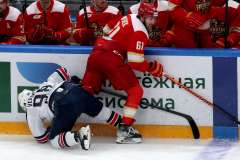 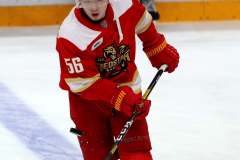 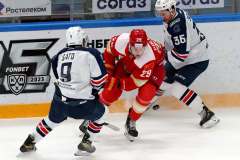 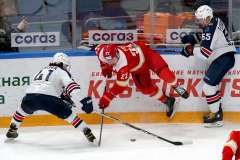 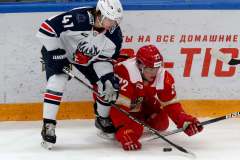 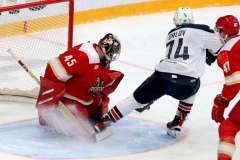 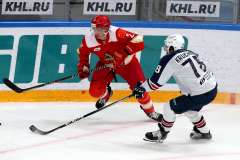 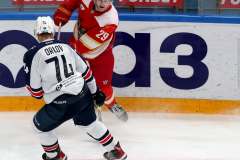 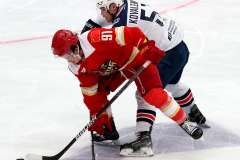 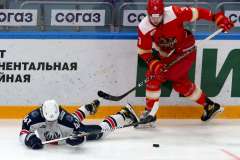 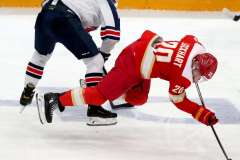 “We’re digging our way out from the bottom after last year,” the head coach added. “The only way we can do that is with a culture that it is not acceptable to have games like tonight.

“We need to come back and respond to that, to be better.”

The effect of a poor performance was emphasized by a Torpedo team always capable of rattling in the goals. Sergei Goncharuk scored twice tonight, extending his goal streak to four games. He’s got 7 (6+1) points in that time. There was also a goal for ex-Dragon Alexei Kruchinin, with Mark Marin and Vladislav Firstov also on the scoresheet. Another former Red Star man, Igor Larionov Jr, had two assists against his former club.

At the other end, there was little of note to report. KRS welcomed Luke Lockhart and Cory Kane back to the team, while Ethan Werek also returned. That enabled Jason Fram to revert to his preferred role on defense while Garet Hunt got a rest. However, a revamped offense failed to ignite and there was never any sign of a repeat of Saturday’s seven-goal show against Neftekhimik. One of the day’s more telling statistics showed that our top line – Brett Pollock, Jack Rodewald and Brandon Yip – did not get a shot on goal between them. That owes something to the quality of Torpedo’s defense, but also highlights the lack of offense generated by the Dragons.

Kunlun now sets off on a short road trip. On Thursday we head north to Yaroslavl, before facing Dynamo Moscow on Saturday. Then, next Tuesday, we’re off to Nizhny Novgorod with a chance to show what we’ve learned from tonight’s disappointment.