This wasn’t the scoreline we wanted, but it turned out to be a big day for Captain China. Brandon Yip returned after missing the game against Salavat Yulaev and, rejuvenated, he extended his productive streak to eight games. That equals a club record set by … you guessed it, Brandon Yip.

His goal came on the power play midway through the third period. It was a classic snipe: he spent much of the shift getting in the face of visiting goalie Johan Mattsson, then came to life at the perfect moment to convert Tyler Wong’s angled feed to the slot.

Unfortunately, by the time Yipper put the Dragons on the scoreboard, the team was already down by five. For all the ‘zero quit’ resilience we’ve been preaching this season, it was going to be a tough ask to claw back that kind of deficit in 10 minutes of play.

For some reason, that seems to be the story of our games against Avtomobilist. Earlier this season, we suffered a 1-6 loss in Yekaterinburg and other recent encounters have been every bit as one-sided. Maybe there’s something about the Urals’ take on the winged wheel that upsets our guys.

There was a boost when the team was announced and Ryan Sproul returned to our line-up for the first time since Oct. 7. Ethan Werek was the forward who made way for Yipper, and Alexei Murygin got the start in goal ahead of Jeremy Smith. 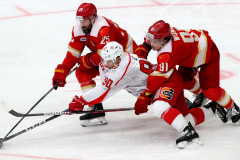 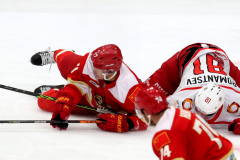 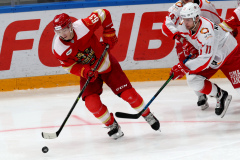 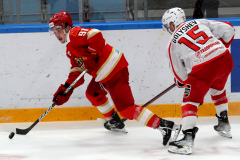 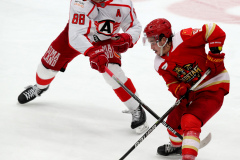 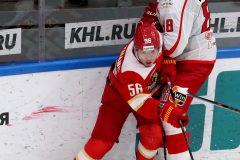 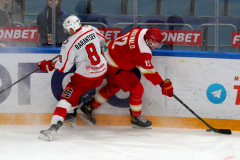 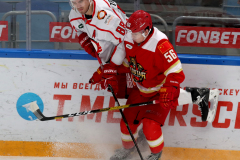 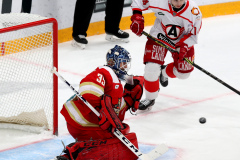 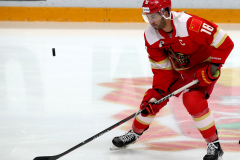 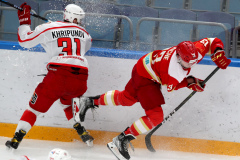 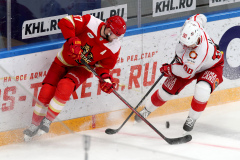 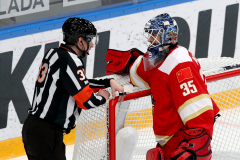 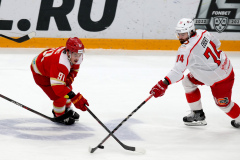 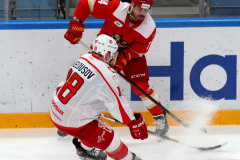 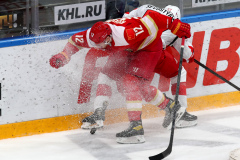 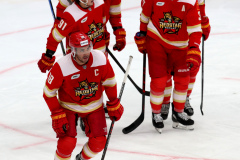 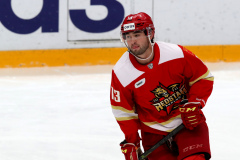 Although the game finished with a comfortable win for Avto, the opening stages were even. Indeed, Red Star might have opened the scoring, were it not for a fine save from Johan Mattsson to deny Yip in the first period. However, after the visitor killed the first penalty of the game, Nikita Tryamkin opened the scoring at the other end.

It was all downhill in the second period. Former Dragon Jesse Blacker doubled the lead early on, and late in the frame Brooks Macek consolidated his position as the KHL’s leading scorer with two more goals. One of them came on the power play, the other on a delayed penalty. It was that kind of night for Red Star, with little going right.

One man who did enjoy himself was French center Stephane da Costa. He had an assist on all four goals, securing his status as player of the game with 20 minutes to spare. At the start of the third, he decided to let the rest of the team have a turn and watched from the sidelines as Oleg Li added a fifth.

That was the end of the contest, but not the end of the story. Yip’s goal was more than the usual footnote of a consolation goal: on Saturday he has the chance to extend his own record when Neftekhimik visits the Dragons’ lair.