Foo strikes again but Dragons pay the penalty in the third

Ivan Drozdov made the difference in a tighter game than the scoreline suggests. The Belarusian forward scored two and had an assist to shoot down the Dragons in the third period.

For long periods of this game, the Dragons more than matched the new leaders of the Eastern Conference. Ufa’s eventual victory, which hung on two power play goals in the third period, moves it two points clear of Metallurg at the top of the standings. However, for a long time it seemed entirely likely that Red Star could disrupt that climb to the summit.

There was no Brandon Yip in today’s line-up; our captain was rested for this game in the midst of a frantic schedule. Jack Rodewald was looking to continue his seven-game productive streak. For the visitor, there were no available imports. Josh Ho-Sang is a long-term absentee, while Alexander Chmelevski and Ryan Murphy were ruled out on the morning of the game.

Even before the first puck was dropped, we saw a flashpoint. It started in the warm-up, with Garet Hunt taking a little tour of inspection in the Salavat Yulaev half of the ice. That seemed to upset visiting power forward Evgeny Timkin. Although Garet gives up 22 cm and 13 kg against Timkin, he was not going to take kindly to a shove from the big man and quickly dropped his stick to respond in kind. The skirmish quickly dissolved into a bit more jostling and finger pointing before the teams returned to their preparations.

Once into the real action, the teams quickly traded goals. Ufa got up in the second minute thanks to a strike from Shakir Mukhamadullin, assisted by Danil Aimurzin, who came into the team to replace Chmelevski.

However, Red Star needed just 10 seconds to tie the game. Cliff Pu won an attacking face-off and Parker Foo collected the puck at the top of the circle and deposited it beyond Ilya Ezhov in the Ufa net. 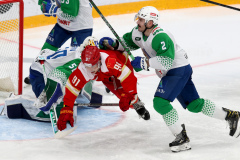 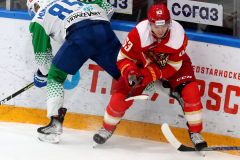 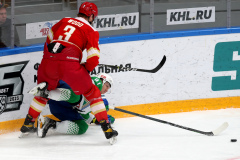 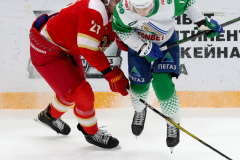 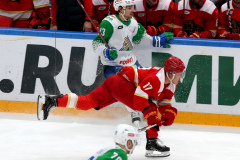 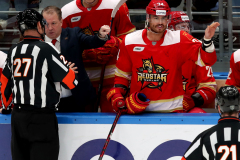 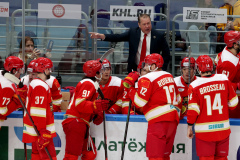 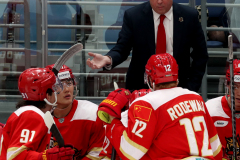 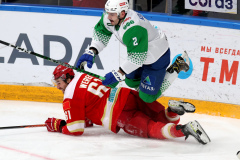 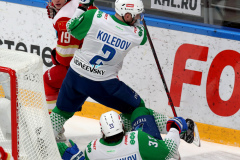 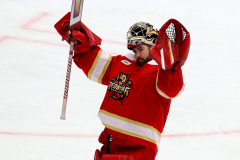 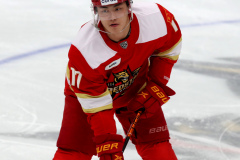 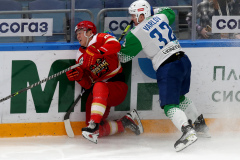 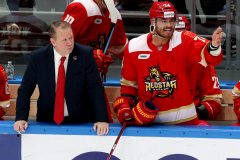 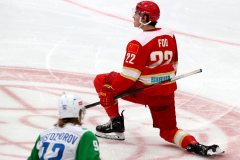 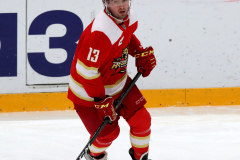 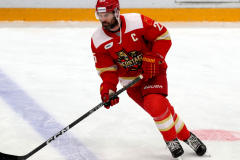 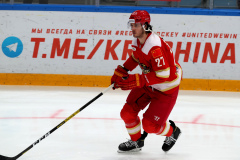 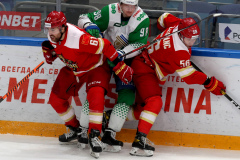 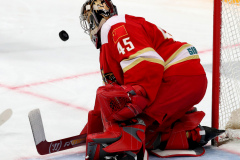 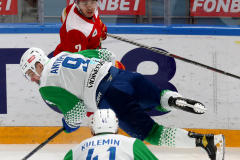 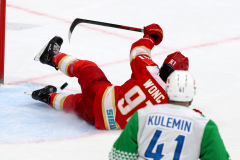 After that frantic start, the scoring slowed. And, despite the pre-game disagreement, there were no penalties until the start of the second period, when Ezhov was called for tripping. KRS could not turn that into a goal, but the Dragons were looking notably more dangerous than their high-flying opponent. After 25 minutes’ play, the shot count was 15-5 in our favor and an untrained observer would struggle to identify the team looking to top the standings.

Early in the third, Rodewald had his best chance to extend his streak. He went powering around the net, but could not force the puck home on that wraparound chance. Then things started to go wrong. Kunlun took its first penalty of the night in the 45th minute, and Ivan Drozdov put the visitor in front. Drozdov scored Salavat Yulaev’s winner in its previous game at Neftekhimik, and today he made it back-to-back GWGs. Meanwhile, it says much for the strength of the KRS power play that Drozdov’s goal was the first shot on Jeremy Smith’s net in the third period, landing on 45:52.

Another penalty led to another Drozdov goal in the 55th minute and that effectively put the game out of reach. The guys kept looking for a way back, but the only further scoring came from Grigory Panin’s empty net goal, assisted by the irrepressible Drozdov.