As losses go, this was one of the more painful we’ve endured this season. Blowing a 2-0 lead was bad enough. Allowing a goal in the last second of regulation was worse. Allowing that goal on our power play when even worse. A day that began with so much promise ended as one very much to be forgotten.

Optimism was running high in the KRS camp ahead of Dinamo’s visit. Yesterday, Brandon Yip was named forward of the month for the KHL, deserved reward for 15 (8+7) points in October, not to mention club and league record scoring streaks. In addition, our appearance leader Luke Lockhart celebrated his 30th birthday – another cause for celebration.

That good mood carried over onto the ice. The Dragons made a fast start and jumped to a 2-0 lead in 10 minutes. Zac Leslie got the first when he exchanged passes with Yipper before potting a power play goal. And Leslie tested Alexei Kolosov in the Dinamo net twice more on his next shift.

Zac also played a big role in our second, again on the PP. His shot took a redirect from Parker Foo on its way past Kolosov. Jack Rodewald got a secondary assist on that play, meaning he and Yip stretch their productive streaks to six games. All seemed to be going well. 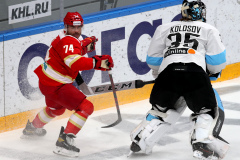 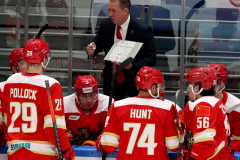 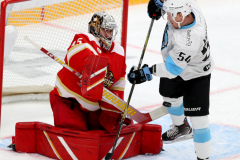 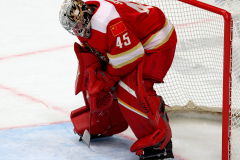 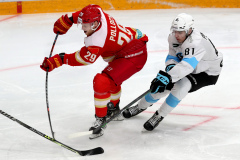 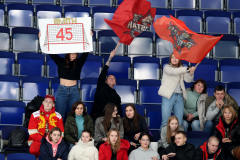 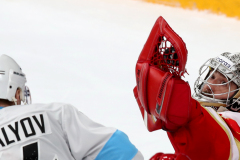 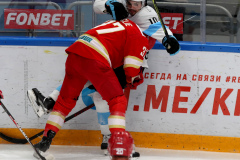 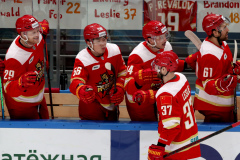 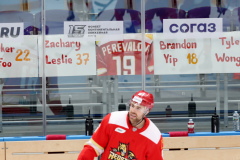 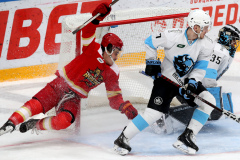 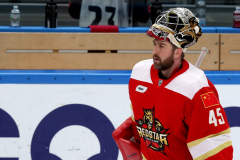 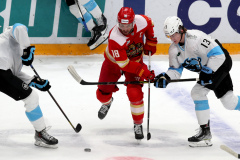 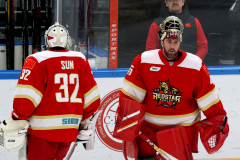 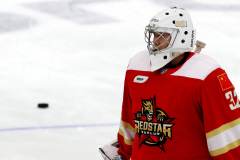 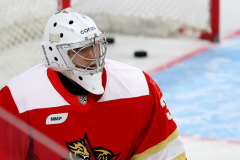 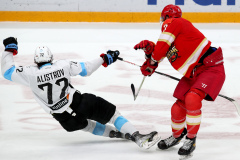 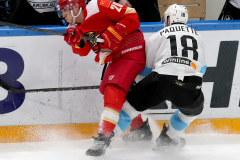 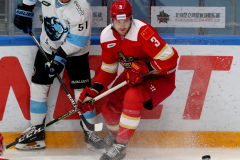 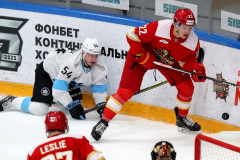 However, Dinamo could point to the possession and shot stats as evidence that the start was not quite as one-sided as the scoreline suggested. And the visitor made that point more forcefully in the latter half of the first period. Staying out of the box at last, the Bison managed to wipe out Kunlun’s lead with goals from Joe Duszak and Vadim Moroz.

In the second period, both teams had chances to get in front. Kolosov had to make some big stops to deny Cory Kane’s breakaway chance before robbing Rodewald from close range. At the other end, Stanley Cup winner Cedric Pacquette tested Jeremy Smith. Smitty made 15 stops in that session, once again pulling out a big performance to keep his team in the game.

Dinamo got the puck in the net early in the third, and this time video coach Mikhail Bykov was the hero of the moment. He quickly spotted interference on Smith and persuaded Greg Ireland to make a bench challenge. The review confirmed that Igor Martynov fouled our goalie as he stuffed the puck into the net on the breakaway. Smith’s emotional protest was upheld, the goal was whistled down and the teams continued to battle at 2-2.

However, that was not the last we would see of Martynov. Late in the game, a penalty on Duszak gave the Dragons a chance to finish it with a third power play goal. However, it didn’t work out like that. Martynov intercepted the puck on his own blue line, held up play for a moment then got his wheels turning to launch a blistering counter attack. The defenseman not only had to beat our defense and get past Smith – legitimately, this time – he also had to beat the clock. Heartbreakingly for Red Star, he managed all of that, finding the net on 59:59 to steal the points for Dinamo.