No luck for brave Dragons

Some days, you just don’t get what you deserve. After embarrassing Avangard in Omsk a few weeks ago, we expected something of a backlash here. However, the Dragons were also determined to prove that the 4-0 win was no flash in the pan. The Hawks, meanwhile, wanted revenge for a defeat that ended Dmitry Ryabykin’s short time as head coach.

Lifted by that win over Neftekhimik, Red Star made a promising start to the game. Ethan Werek went one-on-one in the opening minutes, only for Vasily Demchenko to shut the door. Then we had the first power play of the game, but apart from a Cliff Pu flashing just wide there was little to report from that minor penalty.

All in all, it was somewhat against the run of play when Avangard took an eighth-minute lead through Alexander Dergachyov. But Red Star did not slow down and it wasn’t long before we had a tying goal. Tyler Wong, in only his second game back, was the scorer. He came rushing into to get to Parker Foo’s feed and steer the puck home at the far post. In an injury-affected season, that’s Wonger’s first of the campaign. Hopefully it’s the first of many for one of our leading forwards.

Unfortunately, Avangard responded immediately and restored its lead through Sergei Tolchinsky. The visiting forward then spurned a chance for his second, undone by indecision when a shooting lane opened for him. 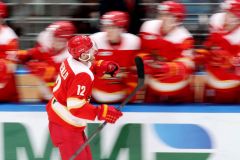 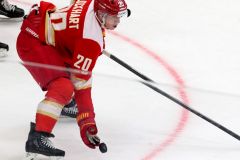 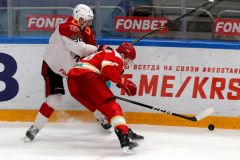 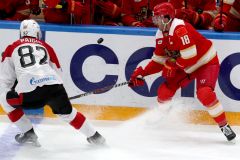 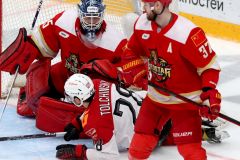 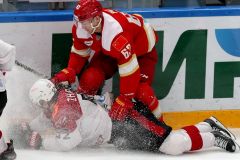 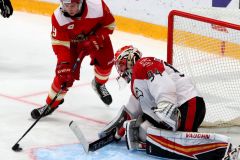 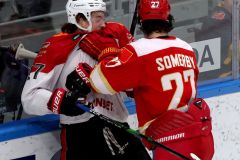 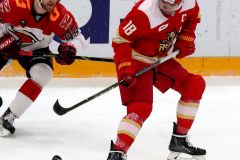 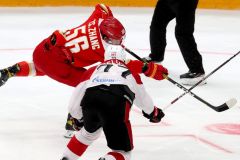 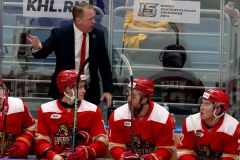 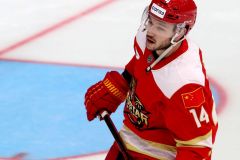 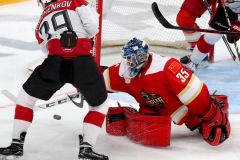 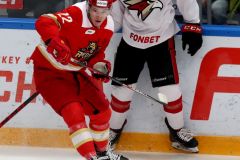 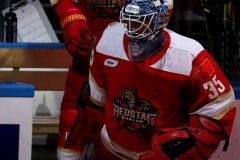 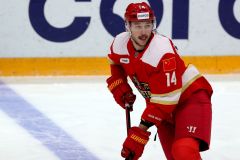 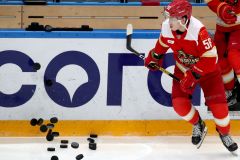 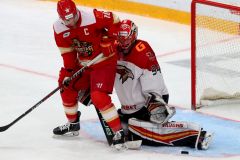 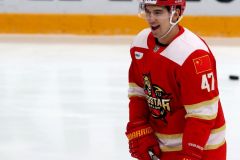 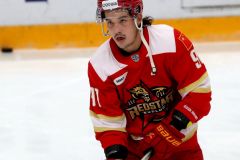 At the start of the second, Brandon Yip forced Demchenko into a big save. Then Tolchinsky missed another chance and the visitor started to get on top. Our defense did its job well, though, and possession and territory seldom added up to dangerous shots.

Late in the frame, our forwards showed how it should be done. Pu got the puck to the slot, but there was still plenty of work for Jack Rodewald to do before he spun to shoot home the tying goal.

Then came a power play chance, but our forwards could not take advantage on either side of the intermission. To make matters worse, back at full strength Avangard went ahead for a third time. Anton Below went for precision rather than power, drilling in a long-range effort in the 45th minute. That was a body blow. Avangard had chances to extend its lead before we got back on our game.

However, as the third period went on, Red Star grew into its game once again. There were chances to draw level but, gradually, time began to play for the visitor. And the final minute saw the Dragons go for broke, only to spin the wheel and come up with a zero. Avangard got not one but two empty net goals, making the final score a flattering one for our guest.

Kunlun is back in action on Wednesday, when Dinamo Minsk is the visitor for the final game of our current home stand.