Alexei Murygin made a winning debut between the piping for the Dragons – and it was an emotional occasion as he beat a Neftekhimik team that released him just a few weeks ago.

Murygin, who once set a KHL record shut-out streak while playing for Lokomotiv, stopped 31 shots today to backstop an important win for the team. Success on home ice snapped a four-game skid and reinforced the importance of our team identity in closing out tight games and getting the wins we need.

Head coach Greg Ireland paid tribute to Alexei after the game, highlighting our new goalie’s recovery from serious illness. “I thought that was special,” he said. “A young man battles back from adversity in his life, he takes the pressure of playing against his old team and gets a win. To me, that was huge. My heart just booms when I see that stuff. It’s way more important than anything we do as hockey people.”

Although playing against Neftekhimik gave Murygin additional motivation, it was a purely hockey decision. Jeremy Smith needed a break after playing a lot of minutes on the recent road trip and with Matt Jurusik injured, the time was right to give Murygin a chance. 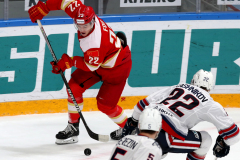 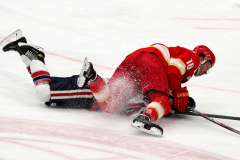 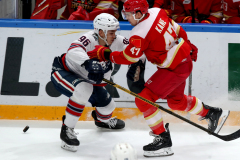 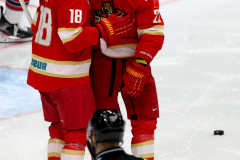 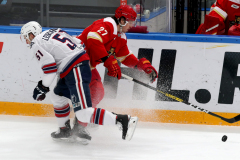 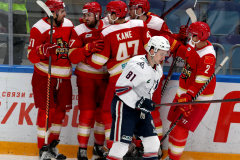 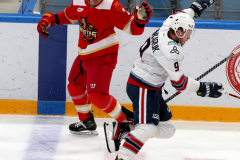 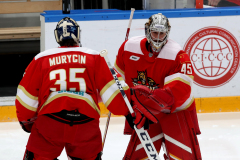 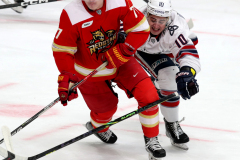 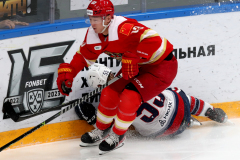 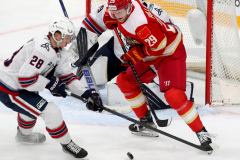 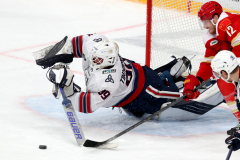 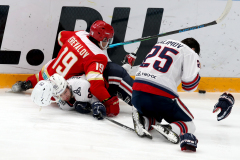 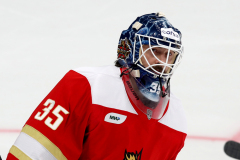 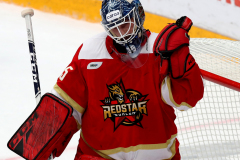 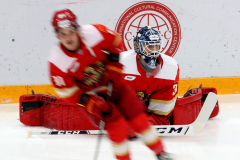 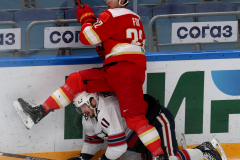 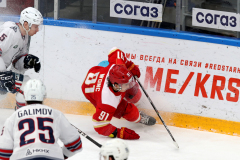 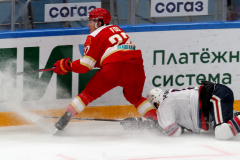 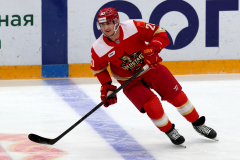 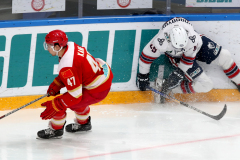 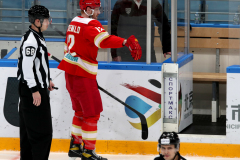 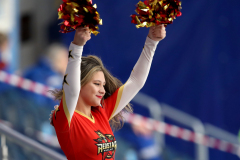 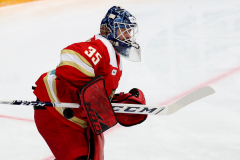 He was beaten early in the game by Danila Popov, and later allowed a goal to ex-Dragon Hunter Shinkaruk. But he held tight in the closing stages, even after a late goal had us hanging on to a slender 4-3 lead with four minutes to play.

Those closing stages also saw Tyler Wong making some important contributions. After a long injury lay-off, it’s great to have Wonger back in the team. His presence on and off the ice is important and today he contributed an assist on the game-winning goal, plus a vital role in several crucial shifts as we closed out the win in the dying moments.

And there were also big contributions from our offense. Jack Rodewald potted the tying goal midway through the first period. That extends his productive streak to four games, with 5 (3+2) points in that time. Zac Leslie had a helper as Brandon Yip converted the first power play of the game, giving us the lead at the start of the second period. For Yipper, after an eight-game productive streak, this is now four games in a row on the scoresheet – or 12 out of the last 13. In that time, our captain has compiled 14 (8+6) points.

Zac, too, is in solid scoring form from the blue line. Today he followed that assist with our third goal, restoring the lead taking his figures to 4 (1+3) from four games. Devin Brosseau assisted on that then, after the Dragons killed a 3-on-5 penalty, he scored the game winner to make goals in back-to-back games.

Just as important, though, was the hard work to see Red Star over the line. While the power play get deserved credit for our second goal, and the penalty kill earns plaudits for preserving our lead early in the third, the last act from our special teams was just as crucial. There was no late goal for our PP as Neftekhimik tried to launch a final surge in the last couple of minutes. But there was plenty of smart play to draw the sting from the visitor’s offense and see the Dragons complete an important win at the start of this home stand.