Matt Jurusik produced a stellar display to backstop the Dragons to victory over Spartak. Juice was back in the line-up for the first time since his shut-out in Omsk and he duly delivered another one. It now 137:21 since Matt was last beaten in the KHL.

Today he stopped 37 attempts and produced several huge saves. Early in the game, his pad save to deny Alexander Khokhlachyov on the doorstep was a defining moment: a Spartak goal then would have set up a very different evening. Later there was another superb stop to deny Roman Starchenko a seemingly certain goal just after the Dragons went 2-0 in front.

It all convinced visiting head coach Boris Mironov that Jurusik was the reason the Dragons won the game. It’s a reasonable argument at first sight, but it overlooks many other good things in the KRS performance. As our head coach Greg Ireland pointed out, goalies can get you a tie but they can’t win games by themselves – somebody has to score.

“I think Jurusik was our best player, but as a group we did a lot of good things to deserve that win,” Ireland concluded.

Jurusik was not the only player to return to the team tonight. Young defenseman Dmitry Kostenko played for the first time this month against the club that loaned him to us for the season. And Alex Riche, who signed a new contract on Friday, made his first appearance of the season. 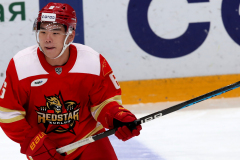 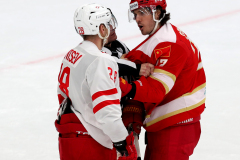 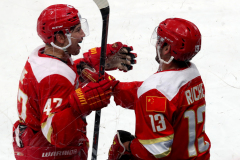 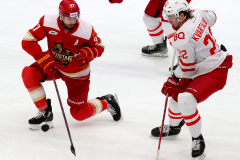 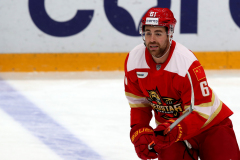 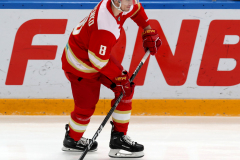 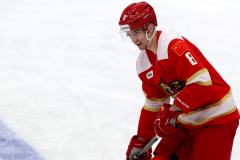 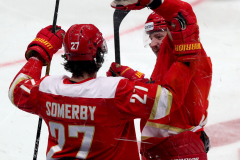 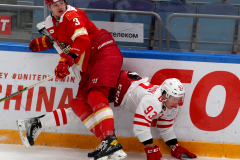 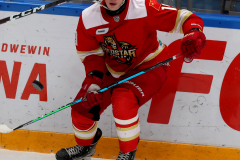 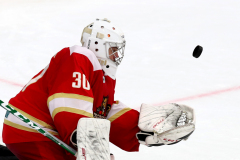 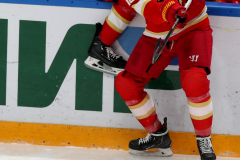 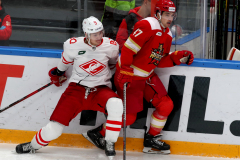 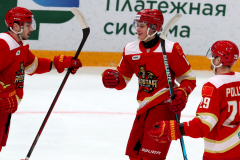 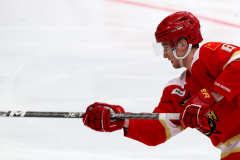 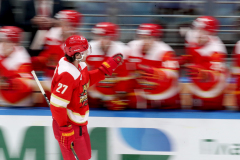 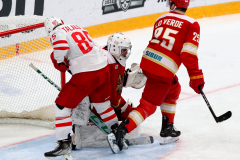 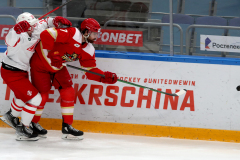 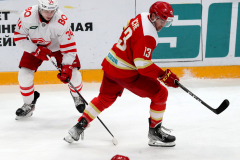 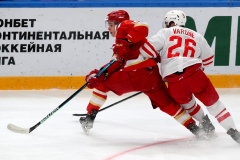 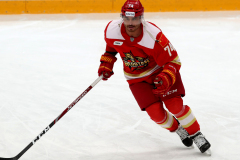 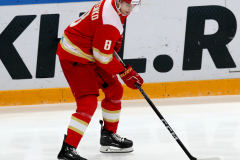 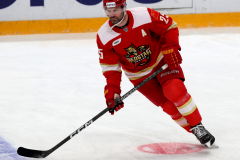 In the first period, Red Star almost snatched an early lead when Cory Kane hit the post. However, the other big chances went to Spartak. That prompted the coaching staff to demand more urgency from the guys during the first intermission, and there was an almost immediate response. In the 23rd minute, Doyle Somerby put us up 1-0 with his first KHL goal.

Late in the frame, Spartak briefly thought it had a tying goal. However, it was clear long before the video review that Ilya Shipov knew his shot had not got over the line and the officials soon confirmed that the Dragons’ lead remained intact.

Into the third period, and there were more chances for Red Star. Brett Pollock fired wide from an odd-man rush, then Ethan Werek got a great look from the slot but his effort was bravely blocked by a visiting defenseman.

Then came a game-breaking sequence. First, Jack Rodewald doubled our lead when Alex Perevalov attempted to score on the wraparound and Rodewald was on hand to put away the rebound. Brandon Yip had a helper on that play, extending his productive streak to eight games and equaling franchise record set by Hunter Shinkaruk in 2020/21. Then, at the other end, Starchenko had a wide-open net to aim for but failed to account for Jurusik’s athleticism as he flung himself across the crease to make a sensational glove save.

That was, in effect, Spartak’s last chance. The visitor continued to press but never came close to seriously troubling our goalie again. To wrap it up, in the final moments Riche celebrated his return with an empty net goal. That was something of a gift for our returning forward, donated by Joey Keane’s blunder on the blue line as Red Star wrapped up a satisfying victory.