What were we saying about value for money? This year’s Dragons are the team that gives you more. This was the fourth game of our home stand and, for the fourth time in a row, we went to overtime. Better still, after two narrow losses in the extras against Dynamo and Severstal, today finished on a winning note when Brandon Yip potted the decisive goal.

That was Yipper’s third in successive games and it took our points haul to six out of a possible eight from a home series that featured some tough games. Jack Rodewald was the architect, biding his time in the danger zone before producing an inch perfect pass to meet Yip’s rush from deep. The finish was perfect, the game decided in style.

Prior to the game, the Dragons announced the return of Sun Zehao to the club. The Harbin native was the first Chinese-born goalie to play in the KHL back in 2018/19. He wasn’t necessarily set to feature today, but when Jeremy Smith was taken ill, Sun found himself on the roster as understudy to Matt Jurusik.

Traktor, struggling for form this season and beaten in the three games it played since our recent trip to Chelyabinsk, started at a rapid tempo. In the early stages, the visitor peppered Jurusik’s net with shots while our offense was unable to get anything moving at the other end. Eventually that pressure told. Anton Burdasov set up Alexei Byvaltsev, and a scorching one-timer flashed into the net. 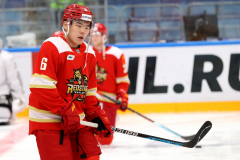 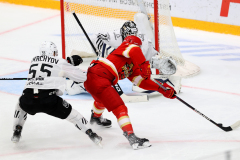 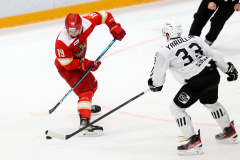 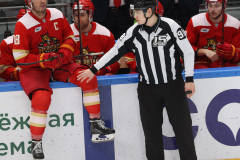 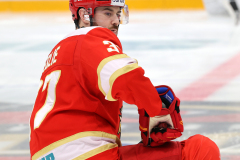 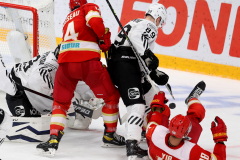 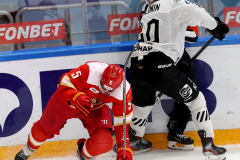 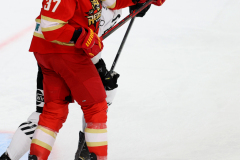 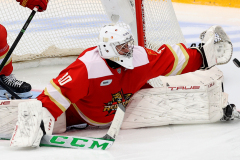 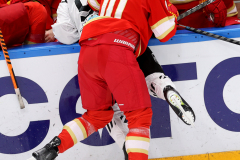 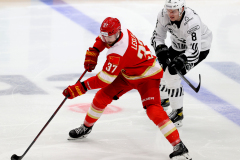 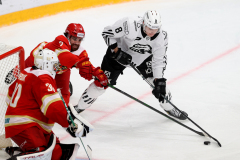 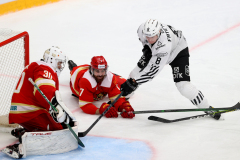 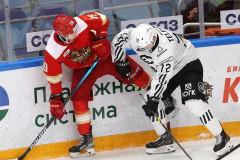 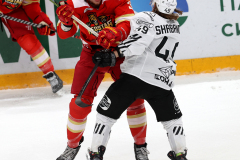 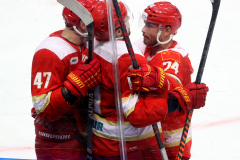 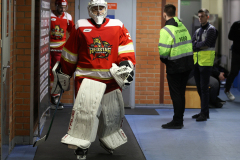 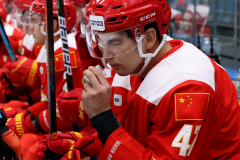 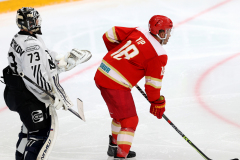 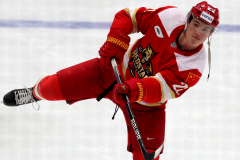 It was another brave defensive effort to absorb Traktor’s pressure and keep Red Star in the game. The visitor arguably deserved more goals, and it took some terrific stops from Jurusik to deny them. But, as everyone knows, hard work brings its rewards. ‘The harder I try, the luckier I get’, somebody once said. Ethan Werek knows all about that tonight: his long-range shot was heading wide of the target until a Traktor skate intervened and deflected into Ilya Proskuryakov’s net midway through the game.

We were behind again early in the third and for a time it looked as if Kirill Kapustin’s goal might be enough to win it. Once again, though, the Dragons dug deep to produce another big fightback. A penalty for Ilya Karpukhin proved crucial. True, the goal did not come on the power play, but with the visiting defenseman returning to the ice, Jake Chelios launched a cannonball of a point shot and Cory Kane applied the redirect to notch his first of the season.

There were still anxious moments to navigate: Parker Foo took a delay of game penalty with two minutes to play and Traktor had a great chance to win it on the power play. However, our defense held firm to take us into the extras, where Yipper finished it off. Special mention also goes to Jurusik, whose 42 saves played a huge role in another hard-fought victory.

The team does not get much rest. Saturday is a travel day before we pay our first visit to Avangard’s brand new arena on Sunday. No visiting team has won there in the KHL yet. Maybe we can be the first?