You can’t say the Dragons don’t give value for money. For the third game in a row our guys went to overtime. Unfortunately, tonight saw the fightback come against us as Severstal rallied from 0-2 down to tie it up in the second period. The visitor emerged victorious in the shoot-out.

Returning to action just 24 hours after a gruelling overtime battle against Dynamo, the Dragons needed some fresh legs. Jason Fram returned to the team for the first time since he sustained an injury on Sep. 9 and formed an attacking line with Ethan Werek and Josh Nicholls, who were also back in action after a break. Simon Chen, Ivan Lisin and Matteo Gennaro were rested for the visit of Severstal. In addition, Jeremy Smith returned in goal after Matt Jurusik’s impressive efforts in the past two games.

Smith, as usual, contributed more big saves to add to his personal highlight reel. The pick of the bunch came early in the first with the score still at 0-0. Igor Geraskin’s cross-ice feed picked out Alexander Suvorov at the back door, but Jeremy already anticipated the play and was sliding into place to deny Severstal’s Belarusian forward a fourth goal in three games.

However, for much of the opening frame it was the Steelmen applying the pressure and the Dragons looking to resist. That all changed in the final couple of minutes when Red Star jumped to a 2-0 lead. The first goal came on the PK. Despite being a man down, the Dragons fashioned a few chances while Werek was in the box. An odd-man rush saw Brandon Yip set up Kyle Wood for a shot that flashed wide of the target. Then, moments later, Yipper got an opportunity and broke the deadlock himself.

There was barely a minute left before the intermission, but that was still time enough for Severstal to be caught with a too many men call and for Red Star to convert the power play in just four seconds. Jack Rodewald won the face-off, Parker Foo feeded, Zac Leslie fired and we went to the intermission with two goals from five shots. 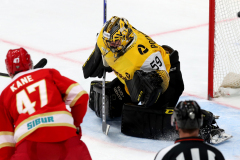 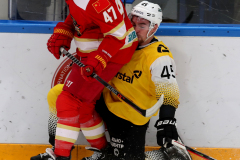 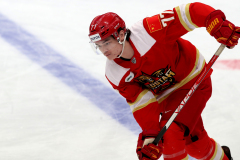 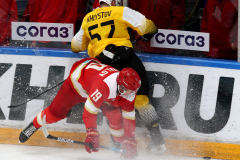 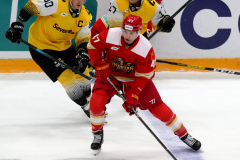 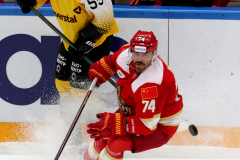 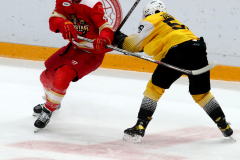 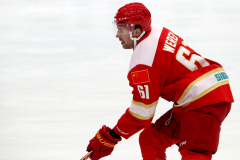 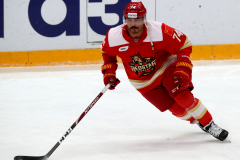 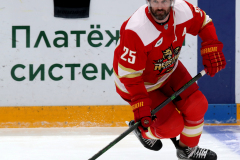 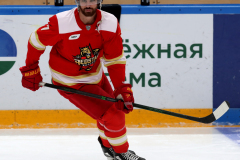 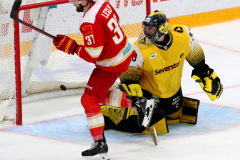 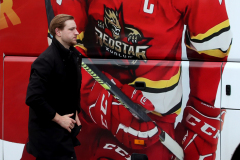 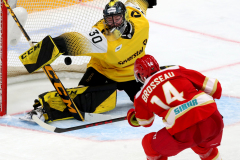 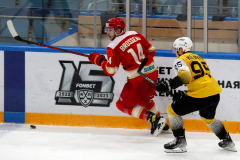 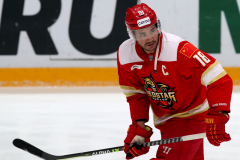 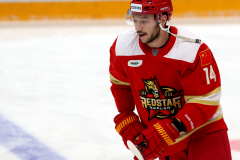 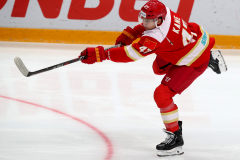 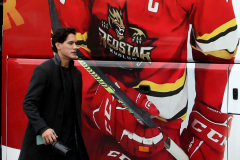 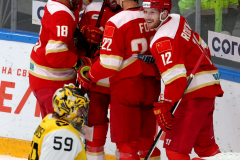 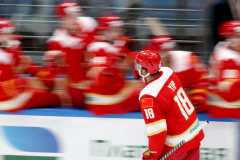 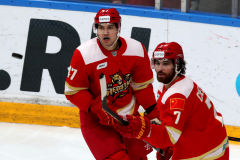 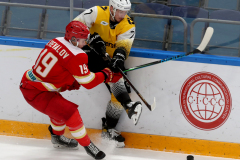 That was the last we saw of Severstal’s starting goalie Vladislav Podyapolsky. Dmitry Shugayev came in to replace him. The pattern of play did not much change, with Smith again pulling off big saves to protect our lead. The defense weighed in with plenty of blocked shots but the visitor’s pressure began to tell. Just after the midway point, Geraskin pulled a goal back, then Dmitry Moiseyev tied it up late in the frame.

In the third period, we had chances to win it. Leslie tested Shugayev, Yipper threatened to score a second, and Alex Perevalov created a good chance for Vince LoVerde before picking out a testing wrister from the hashmarks. Yip came closest of all, but Shugayev found the answer to his backhand effort and the game went to a shoot-out.

Our guys finally found a way past Shugayev in that shoot-out, with Leslie and Nicholls both on target. Unfortunately, that wasn’t quite enough and Ilya Ivantsov settled it in Severstal’s favor.

Red Star’s home stand comes to an end on Friday with the visit of Traktor. It’s a chance for quick revenge after our 1-3 loss in Chelyabinsk last week.