Another late leveller for the Dragons

Another late recovery saw the Dragons force overtime for the second time in three days.On this occasion, though, our guys had to settle for a single point after Dmitry Rashevsky scored a penalty shot in the extras to give Dynamo the verdict. However, grabbing a point against one of the KHL’s early pacesetters is no small achievement. And with a tying goal in the last two minutes, this definitely felt like a point won rather than a point dropped.

After the excitement of Saturday’s sensational shoot-out win over defending champion CSKA, Greg Ireland went with an unchanged line-up for the visit of the Blue-and-Whites. However, we knew to expect another tough examination against a team flying high in the Western Conference. Dynamo has lost just three games so far this season, two of them against league leader SKA. Moreover, the Muscovites were the only to beat the Petersburg club in the current KHL campaign.

Against that backdrop, perhaps it wasn’t surprising that the visitor made a fast start. After seeing the fate of its cross-town rival, Dynamo was clearly anxious not to suffer a similar outcome. However, goaltender Matt Jurusik is looking more formidable with every passing game. He played a huge part in Saturday’s win and remained impressive here. In the first period alone, he stopped 18 shots as our guys absorbed some serious pressure. It said much for the team’s commitment that we blocked nine shots in the first period, with everyone putting his body on the line to ease Matt’s workload between the piping.

In the second period, our offense began to generate more danger. Jack Rodewald and Alex Perevalov got an odd-man rush, but man-of-the-moment Perevalov was unable to test Konstantin Volkov in the Dynamo net. Then Zhang Zesen set up Cory Kane, only for Volkov to make the save. 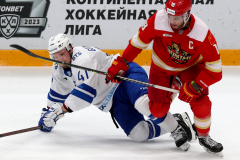 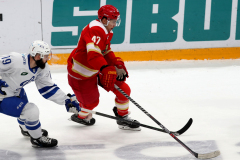 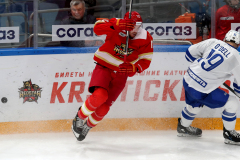 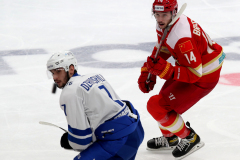 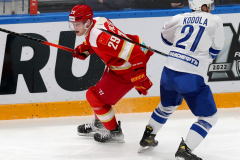 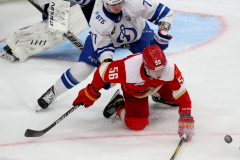 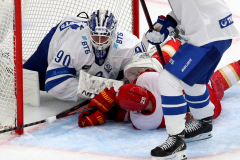 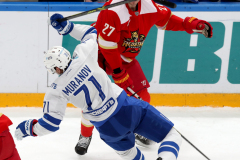 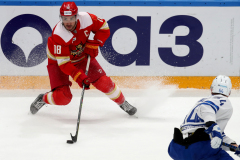 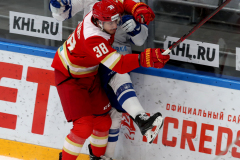 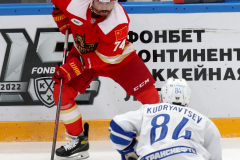 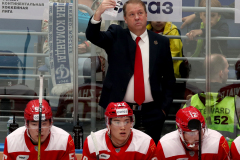 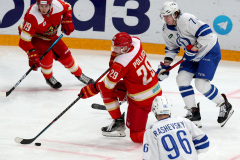 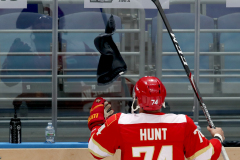 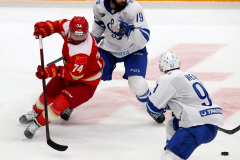 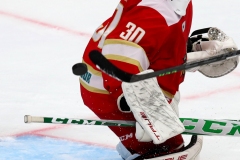 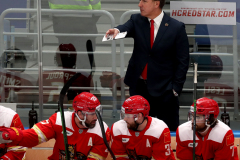 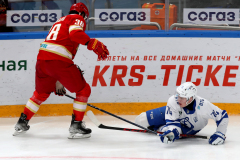 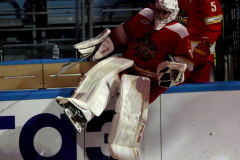 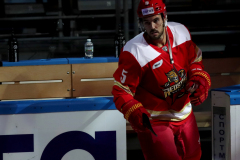 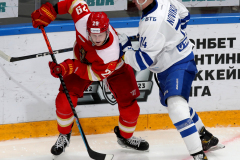 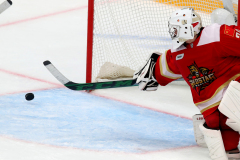 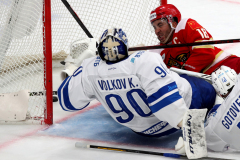 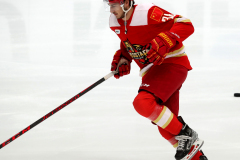 Recent games have seen Dynamo’s forwards in irresistible form. Maxim Sushko hit a hat-trick last week, then Eric O’Dell scored four on Saturday. However, the visiting offense was increasingly well marshalled by our hard-working D and it took a point shot from Andrei Mironov to finally break the deadlock early in the third period.

In a game of few penalties, the Dragons’ second power play of the evening proved crucial. Anton Malyshev sat for hooking, and Brandon Yip got the tying goal on 54 minutes.

Unfortunately, Dynamo hit back almost immediately. Jordan Weal restored the visitor’s lead just 49 seconds later. However, Greg Ireland has worked hard to instil a zero quit mentality on this team and Monday’s game showed it once again. Adversity does not deter these players, and even having kill a penalty after a slashing call on Yipper was not enough to defeat the Dragons. Into the final two minutes, Kyle Wood fired home a tying goal to send us back to overtime.

This time, though, there was no fairy-tale finish. Instead, a KRS power play late in the game went awry. Dynamo got a breakaway chance and was only halted by foul from Parker Foo. That presented Rashevsky with the penalty shot chance in the final second, and he duly converted it to take the extra point back to Moscow.