The Dragons lost out in a shoot-out after a bad-tempered 1-1 tie with Sibir. The game was notable for several debuts, and for a fight involving our enforcer, Garet Hunt.

There were a few changes to the Dragons’ line-up for this one. Matt Jurusik made his debut in goal, and there was a little piece of exotica as Kris Afanasyev became the KHL’s first ever Mexican-born player. As his surname suggests, Kris, 24, has Russian roots and that has also influenced his hockey career. The forward gained extensive experience in the VHL and JHL during a globe-trotting career that also saw him play in the USA, Canada, Finland, Czechia and Slovakia.

Afanasyev formed a fourth line with Hunt and Brett Pollock, Matteo Gennaro joined Tyler Wong and Cory Kane on the third line. There was no room today for Zhang Zesen, a Chinese home-grown forward who signed a one-year contract with the team on Monday. He was involved regularly last season and formed part of China’s Olympic roster back in February.

Jurusik was the busier goalie in a scoreless opening period. Encouragingly, though, the game was far more even than many of last season’s encounters and nobody could claim that parity was not a fair reflection of the action. 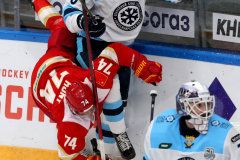 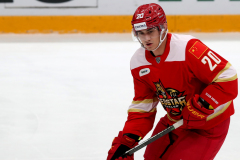 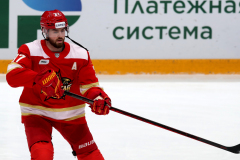 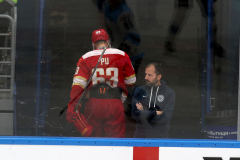 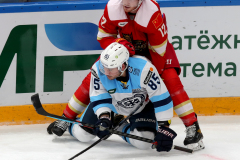 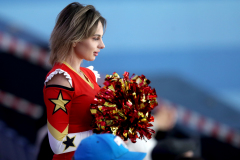 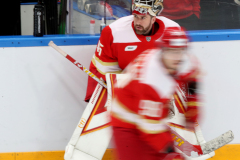 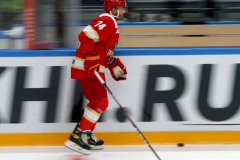 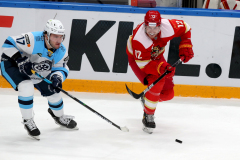 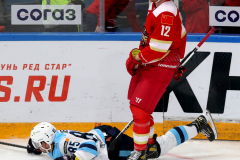 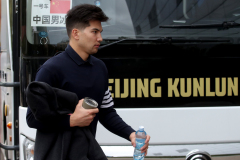 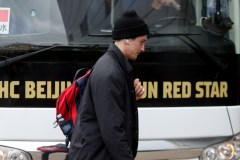 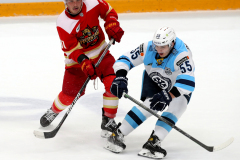 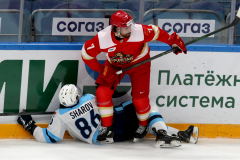 Early in the second period, though, Sibir got in front. Frustratingly, it came on the Dragons’ power play and followed an unforced error from our offense. Parker Foo’s attempt to spin into the visitor’s zone with the puck backfired and Nikita Shashkov pounced on the loose puck before skating up the ice to beat Jurusik.

That ushered in a session in which Sibir had the better of the play, outshooting the Dragons 12-2. Meanwhile, Hunt lived up to his reputation. A crunching hit on Evgeny Chesalin in the 34th minute brought an interference minor for our enforcer. It also enraged the Sibir forward, who came after our guy as the players left the ice and sparked a brawl in the corridor back to the locker rooms. Both players were ejected from the game for their roles in the fight.

However, as is well known, few things solidify team spirit like a dust-up with the opposition. Despite the loss of one of our players, Red Star came out for the third period with greater resolve. Sibir was unable to get its offense going as effectively as before as the play was increasingly disrupted by penalties on both sides.

Then, as a period of 4-on-4 hockey came to an end, Red Star tied the game thanks to a superb individual rush from Zac Leslie. Our summer signing was brought here as a defenseman but his showed off some fine offensive chops when he collected the puck in center ice and went for the jugular. Slicing a path between two opposing players, he effortlessly got around Denis Kostin in the visitor’s net only to see the post deny him a memorable first KHL goal. Happily, Jack Rodewald was right behind him to stuff home the rebound and tie the scores.

That took the teams into overtime and delivered a third point of the season for Red Star. Unfortunately, the Dragons could not go on and claim the win tonight. We began the extras on the PK and neither side was able to create much by way of clear opportunities in the additional five minutes. In the shoot-out, both goalies did well but Alexander Sharov was only forward to score, giving Sibir a tight verdict.

We don’t have long to wait for revenge, though: on Friday the teams meet again in Novosibirsk. And after a sometimes stormy encounter here, there will surely be plenty of players with points to prove as we begin our first road trip of the season.

One response to “Shoot-out heartache for Dragons”