The Dragons ran into an inspired goaltending performance from Amur’s Evgeny Alikin and suffered a narrow loss in game two of the KHL season.

There were two changes to the roster that won the opening game. Forwards Matteo Gennaro and Ivan Lisin came onto the fourth line alongside Garet Hunt. Gennaro, 25, is a Canadian forward with AHL experience. Last season he helped Florida Everblades win the ECHL. Lisin, meanwhile, was one of the players we had on a try-out in the summer. Previously he played 43 KHL games for Admiral in 2019/20 but dropped into the VHL when the Sailors took a sabbatical in the following season. For both players, today was their first competitive appearance for the Dragons.

Unfortunately, it was not to be a winning start for the new boys. A frustrating day began badly when Amur got the opening goal just 106 seconds into the game. Two former Dragons, Ruslan Pedan and Viktor Baldayev, collected assists as Vladislav Kaletnik beat Jeremy Smith at the second attempt. Defensively, there may be questions about why Kaletnik was able to regain possession after his first shot, from some distance, was padded clear. After the huge lift we enjoyed from our opening game, this was an abrupt reality check.

For a time, it seemed to put the team off its game. The opening exchanges saw Amur on top and midway through the first period the shot count read 6-2 in the visitor’s favor. Gradually, though, Kunlun began to assert itself. Play was more or less even by the first intermission and the second period began with our guys dictating the tempo. The early exchanges in that middle frame saw the Dragons up 8-1 for shots on goal, only to find Evgeny Alikin in commanding form in the opposition net. 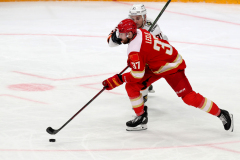 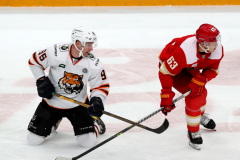 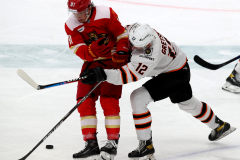 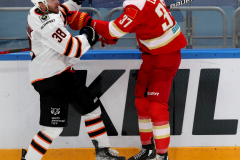 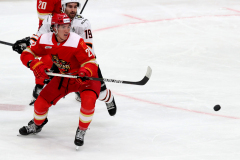 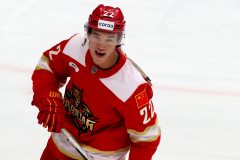 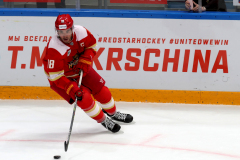 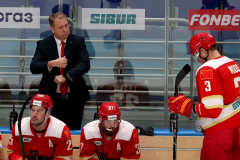 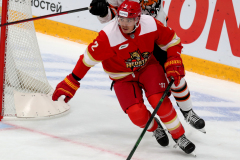 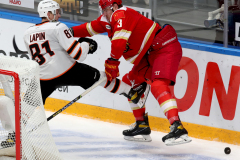 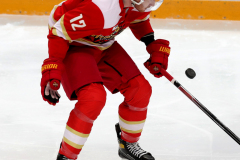 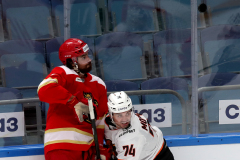 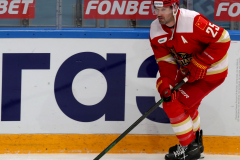 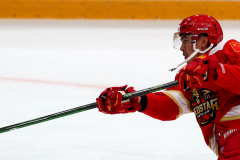 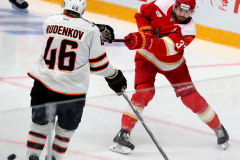 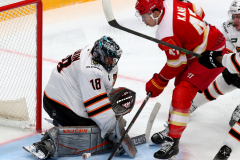 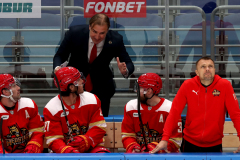 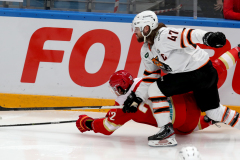 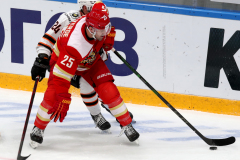 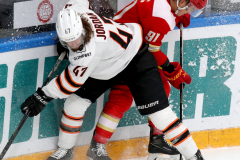 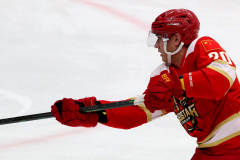 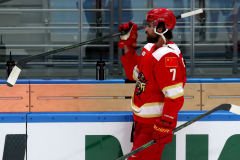 The chances kept coming. Parker Foo robbed Michal Jordan but could not quite squeeze home the puck on the wraparound, Cliff Pu tested Alikin with a powerful shot before combining with Tyler Wong to generate more danger around the Amur net. Cory Kane stumbled to his knees yet still managed to improvise a neat feed for Brandon Yip, but once again Alikin had the measure of the incoming shot. At the other end, there was a bizarre incident when the on-ice officials signalled a goal for Rudenkov when he fired a shot at an open net, only to realize their error when Smitty pointed out that the puck went the other side of the post and was resting in the side netting.

Aside from Alikin’s impressive performance, a steady string of penalties against Red Star also harmed the team’s progress. Solid as our PK was today, regular trips to the box had the effect of disrupting our momentum and giving Amur much-needed relief. This will be something to clean up in the coming days.

As time went on, Amur came back into the game. The third period was far more evenly matched than the second and our guys found it harder to ask questions of the Tigers’ defense. A final push in search of a tying goal saw Smith called to the bench with 45 seconds left. However, on this occasion the late tally went against us as Alexander Sharov found the empty net to seal a tight verdict for the visitor.

KRS concludes its opening home stand on Tuesday against Sibir, then hits the road to play the return games against its first three opponents.