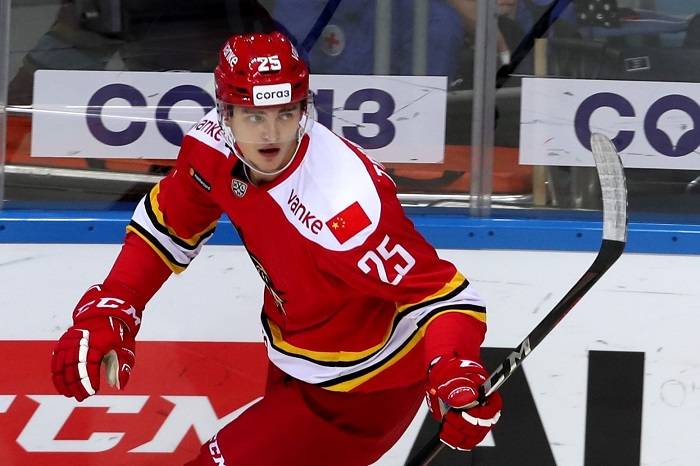 When Alexei Toropchenko arrived at Red Star on loan, hopes were high. During his time within the St Louis Blues organization, the 21-year-old won an OHL title with Guelph Storm and played a full season in the AHL at San Antonio. While the depth chart at the 2019 Stanley Cup winner suggests he has a way to go to get to the show – competing with the likes of Vladimir Tarasenko for a spot on the right wing isn’t easy – he remains under contract with the Blues until the end of next season and is clearly seen as a genuine NHL prospect.

However, his start in the league could hardly have gone worse. Expelled from the game in his debut at Dynamo Moscow, he was then hit with a three-game ban – a huge penalty for a hit that many felt was firmly in the ‘hard but fair’ category. A lesser player might have wilted, but Alexei served his time and returned to action with a point to prove.

Last week, he proved it – and was chosen as KHL Rookie of the Week for his troubles. The league summed up its choice thusly: “Best rookie was forward Alexei Toropchenko (Kunlun Red Star) who won two out of three games with his team last week, scoring two goals – his first and second at KHL level. Toropchenko posted no negative ratings, ending the week on +3. He logged an average time on ice of 15 minutes, 33 seconds, recorded nine hits and blocked four shots.”

Let’s not forget that Alexei’s second goal for the club, in Sunday’s game against CSKA, was the fastest in the team’s history, coming after just 34 seconds. Congratulations for a great week’s work and a deserved award from the KHL. Now we’re looking forward to plenty more where that came from.