Dragons move out of the basement 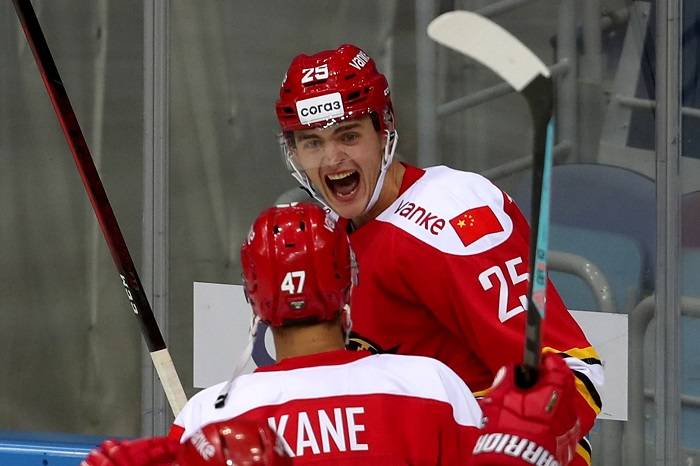 A second successive victory lifts Red Star out of last place in the KHL. Monday’s win over Torpedo takes us to seven points, level with Dinamo Riga. The Latvians, though, have just one win in regulation to our two (plus a third via a forfeit), pushing us up the table.

There was a triple boost going into Monday’s game with the return of Tyler Wong, Ryan Sproul and David Bondra. Wong, of course, was the revelation of the previous season when he tied the team in scoring (31 points, same as captain Brandon Yip) in his rookie KHL campaign. Sproul added much-needed stability to our defense, offering a perfect foil for Trevor Murphy’s two-way game. And Bondra was settling into his role on the forward line nicely before suffering a season-ending injury at the start of December.

However, injury robbed the Dragons of goalie Simon Hrubec. The Czech was hurt during Thursday’s win over Salavat Yulaev and Dmitry Shikin took his place for the visit of Torpedo. That meant a vacancy for reserve goalie and Igor Saprykin, previously with Vityaz, stepped into the breach. After all, in this crazy season it would hardly be an authentic KRS roster without a new name joining the camp.

Shikin was in for a busy first period. While the balance of play was fairly even, Torpedo created the more dangerous chances. The most anxious moment for our guys came in the 15th minute when the visitor’s young forward Alexei Drobin put the puck in our net. However, an eagle-eyed bench challenge was upheld: offside, no goal. Shikin also had to be alert to deny Damir Zhafyarov and Ziyat Paygin, among others, while our best shooting chance of the opening frame fell to Ethan Werek.

If Drobin felt hard done by after his disallowed goal, his evening got a whole lot worse in the second period. Red Star had come into the game more and was starting to ask questions of Torpedo’s young goalie, Alexei Melnichuk. However, Drobin came up with one that his goalie couldn’t answer, knocking a routine pass back to the crease and looking on in horror as Hunter Shinkaruk swooped in to smuggle away the rebound and poach a classic opportunist goal.

Four minutes later, the Dragons doubled their lead. This was a well-worked move, with Trevor Murphy taking the puck deep into enemy territory before setting up Ivan Nikolishin. The 24-year-old buried the chance, moving to four goals for the season. That’s more than he managed in two seasons as a bit-part player at Severstal, showing how much difference it can make when a player is given a role and enjoys the confidence of the coaching staff.

And confidence isn’t a commodity limited to Nikolishin at the moment. After the win last week eased the pressure on everyone at the club, the Dragons were able to go into the third period and look to play more expansive hockey. Just 16 seconds into the final frame, Alexei Toropchenko was celebrating his first goal in the KHL. Our first play of the period saw our on-loan forward squeeze a shot past Melnichuk from a tight angle after his initial effort was deflected back into his path by Ethan Werek on the slot.

True, Torpedo responded almost immediately when Daniil Ilyin found Shikin’s net. However, far from the start of a fightback, that was the last act from the opposition. The Dragons were able to calmly close out the game and secure a second successive victory to inch ahead of a Dinamo team unable to play Metallurg yesterday due to illness.