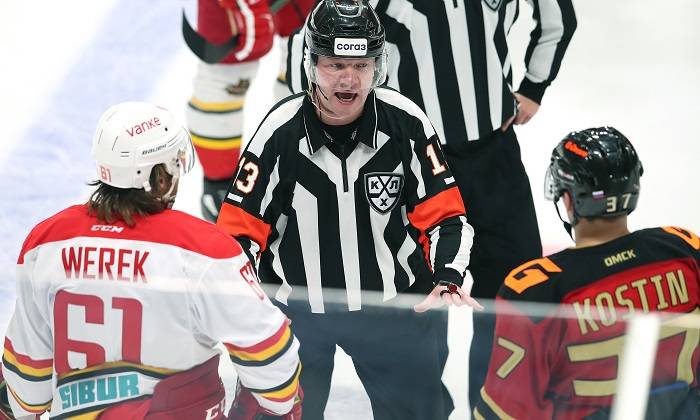 Once, our local derbies – if local isn’t too much of a stretch – took us to Khabarovsk or Vladivostok. Today, though, things are different. Friday’s game meant a short hop around Moscow’s beltway from our temporary home in Moscow. A clash with Avangard, a team with its heart in Omsk but a temporary home in Balashikha, promised something of a novelty – a road trip that would see the Dragons back home the same night. That’s not something our frequent flyers have enjoyed in the past.

The current restrictions meant the attendance was limited but a four-figure crowd generated a lively atmosphere – and our loyal band could be heard from time to time during the game. Meanwhile, we welcomed Ryan Sproul back to the ice, adding to a defensive unit that took some of the pressure off the hard-working guys who battled on with just four recognized blue liners.

There was plenty of work for that defense in the first period as Avangard justified their status as one of the Eastern Conference’s top dogs. Simon Hrubec made 26 saves in the opening session, but had no answer when Denis Zernov smashed one home from close range. It wasn’t the prettiest play of the frame, but it was the most effective.

The second period was dominated by video reviews. First, Corban Knight was denied a goal for the visitor after his shot got caught up under Hrubec’s skate. The home team was certain it had crossed the line, but the footage could not prove that bold claim. As a result, Red Star got a power play following an Avangard infraction after the contentious incident.

That man advantage didn’t help us much – it’s not for nothing that Avangard has one of the best PKs in this league – and soon we were back at the movies. This time the question was all about goalie interference. Did an Avangard player unfairly block Hrubec as Yegor Chinakhov fired home his first ever KHL goal? Again, the video footage was inconclusive and the benefit of the doubt went with the attacking team. Chinakhov, who was invited to January’s All-Star alongside our own young prospect German Shaporev, had his big moment and we had a long way back into the game.

That distance got even further 17 seconds later when Knight scored a legitimate goal. It looked as though our heads might drop, but the team dug in and showed plenty of resolve to ensure that adversity would not become embarrassment. Luke Lockhart pulled a goal back, his first of the season, when he raced onto an Andrej Sustr clearance and fired the puck to the slot. David Bondra – fit again after seeing last season curtailed by injury – was pressuring Chinakhov on the slot and the home forward ended up turning the puck into his own net.

It wasn’t enough to change the game; in truth, Avangard was a class above tonight. But it proved once again that when it comes to heart and character, our guys are in a league of their own. 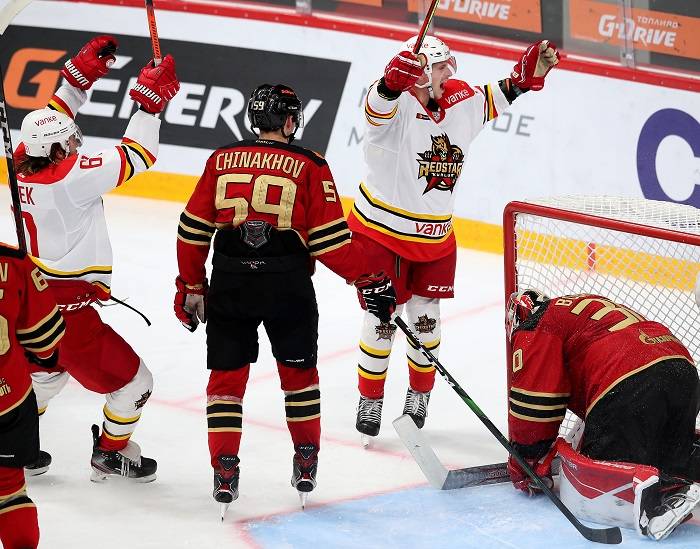