High hopes for a new home

Our first home stand of the season gives an early opportunity to atone for the Dragons’ worst defeat since 2017. And, despite failing to pick up a point in an opening five-game road trip, there are reasons for optimism. Performances have steadily improved, young German Shaporev is emerging into a forward with great potential and most impartial observers would agree that Red Star deserved to take at least a point from the 4-5 loss to Sibir in the last game. So, settling into our new home in Mytishchi, we can look forward to getting off the mark for the season despite facing some tough opposition. 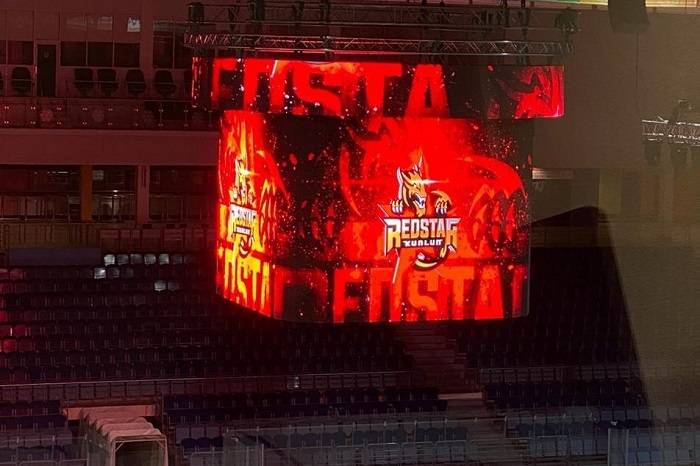 Last time out: Hmm, let’s not draw too much attention to our recent trip to Yekaterinburg. Suffice it to say that we’ll do better this time.

Familiar faces: There’s a Yekaterinburg accent to our defense. Denis Osipov played his first full KHL season with Avtomobilist back in 2011/12 and more recently defenseman Dmitry Megalinsky had three seasons there, wearing the ‘A’ for a time. Forward Ilya Krikunov played two seasons with the Motormen as well.

Background: This one is all about character. After a 0-7 loss away to Avtomobilist, our guys have produced vastly improved performances in the subsequent games. Narrow losses at Traktor and Sibir were not a just reward for far more competitive hockey: at last, as a team, we were scoring goals at even strength, showing resilience after going behind and looking like a coherent hockey-playing unit. Avtomobilist, of course, will still be a tough test. Bill Peters’ team has lost just once so far this season, going down to Torpedo in a shoot-out a couple of days after we met. That was despite the return of German international forward Brooks Macek, who scored twice in a losing cause.

Last season: Salavat Yulaev was our first opponent last term, visiting Shenzhen for the start of the campaign. It all began with a shoot-out win for the Dragons, Gilbert Brule getting the decider after Wojtek Wolski scored twice in regulation. The three other meetings that season went to Salavat, but it was a close game each time as we did a good job of controlling a powerful Ufa offense.

Familiar faces: Defenseman Sergei Gimayev faces another of his former clubs, just a few days after returning to Sibir in our colors. Forwards Alexei Kruchinin and Ilya Krikunov both had time in Ufa last season.

Background: Like Avtomobilist, Salavat Yulaev has lost just one game under the guidance of a new head coach. Tomi Lamsa, long-term assistant on the team, stepped up to the top job and – so far – has enjoyed his new role. The club’s progress has been powered by two more Finns: Teemu Hartikainen, a local hero in Bashkortostan, continues to lead the attack; Markus Granlund, a new signing this summer, has settled in fast and the two are topping the scoring right now. The KHL’s return to Ufa produced a high-octane affair as Salavat Yulaev halted Avangard’s unbeaten start to the season with a 3-2 win at the weekend.

Last season: Lokomotiv was not a happy opponent for the Dragons last year: we met twice and lost twice, with an aggregate score of 3-11. Indeed, you have to go back to October 2016 for our only win over the Railwaymen. On that occasion, Martin Bakos, Linus Videll and Tuukka Mantyla found the net in a 3-1 win. It’s time to produce a repeat of that performance.

Familiar faces: Defensemen Denis Osipov and Dmitry Megalinsky both have experience with Lokomotiv on their resumes. Dmitry broke into senior hockey in Yaroslavl back in the Russian Superleague era, while Denis spent time with the Railwaymen before joining Dinamo Minsk. Goalie Alexander Lazushin spent last season with Loko before returning to Red Star. Among our forwards, Alexei Kruchinin was one of the young players recruited by Loko to rebuild the team following the 2011 air disaster.

Background: Our third visitor is also enjoying a good start. Lokomotiv suffered just one loss in its first five games, going down 2-4 at SKA. Other results include an impressive 7-2 win over Spartak and a battling victory at Dynamo Moscow. There’s a strong Swedish accent on the roster, with fit-again Andre Petersson joining Anton Lander and Magnus Paajarvi-Svensson at the sharp end of the Loko offense. The return of Yegor Korshkov, on loan from Toronto while the NHL season is delayed, gives another dimension to Andrei Skabelka’s options up front.