Contracts confirmed as summer comes to an end

Monday, the last day of summer, brought plenty of big news for Red Star. The club registered 19 new players on full contracts, KHL president Alexei Morozov explained that our imports would be getting Russian visas soon, and there was a final warm-up game against Lokomotiv. 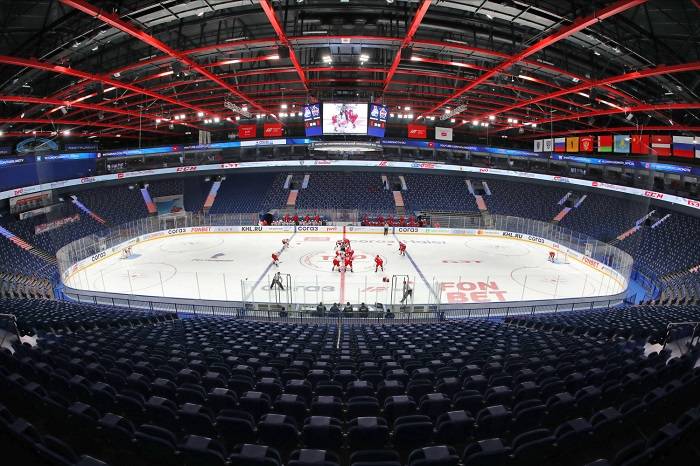 After running the rule over a host of players during the summer try-outs, Alexei Kovalev and his colleagues made their choice. In total, 21 players agreed full contracts with the club. They are:

In the coming days, we’ll bring you all the info about new roster.

It won’t be long before those names are supplemented by other, more familiar faces. The good news is that the long wait for our imports is almost over.

The Dragons were in a uniquely difficult position this summer, trying to arrange visas from the Russian government for players and coaches who are employed by an organization based in China. Like many bureaucratic processes, it takes time and patience from all sides – and that’s without reckoning for the added complications of a global pandemic that has forced most state operation to cut back on all but the most essential activities.

Happily, though, all the hard work behind the scenes has paid off. KHL President Alexei Morozov gave an upbeat assessment of the situation in an interview published today at KHL.ru.

“In the next few days, the club’s foreign players and staff will be able to get Russian visas,” Morozov said. “It’s true that the team will have to start the season from scratch, but all parties have done everything in their power to speed up the paperwork. I’d like to thank the Russian Ministry of Sport and the government staff who have helped us throughout the summer.”

Morozov also confirmed that Arena Mytishchi was inspected by KHL officials on July 21 and that preparations to bring our new home up to KHL standards were well in hand and should be finished before our opening home game on Sep. 17 against Avtomobilist. And he also talked up the team’s chances in the coming season, recognizing the caliber of our new coaching staff and their ability to forge a competitive roster from the players available to them.

Not all good news

While much of what we learned on Monday was entirely positive, it would be hard to say the same about our game against Lokomotiv. This was one of those days where, on the ice, it all went wrong. A 0-7 loss reflected a team whose immediate thoughts had been elsewhere in the build-up to the game – securing those contracts, arranging those visas.

It was unfortunate that we came up against Lokomotiv team eager to build up a head of steam for the new season. Our host outshot us 53-9 and rattled up a big score. Vladimir Tkachyov’s hat-trick led the way, and it was only the hard work of Dmitry Shikin and Alexander Lazushin as they shared the goaltending duties and kept the scoreline from reaching even more uncomfortable proportions.

Happily, though, results mean nothing in pre-season. The real stuff starts on Friday when we go to Magnitogorsk for our opening game of the 2020/21 campaign.