Our coaching staff has two new recruits: Vyacheslav Kozlov and Igor Ulanov will be working as assistants to head coach Alexei Kovalev in 2020/21. 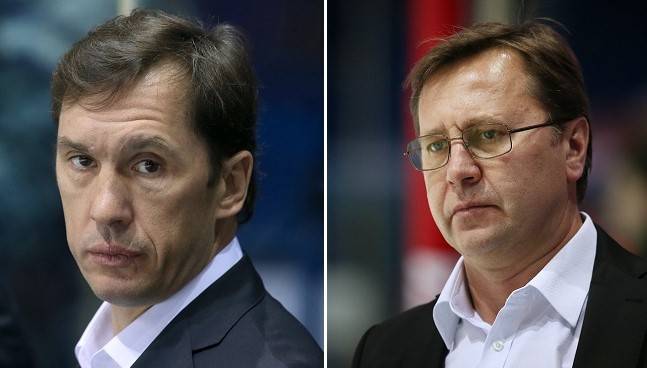 That’s another stat worth considering – penalties. Between them, the sat for 3,159 minutes in the NHL: Kovalev with 1,304 minutes, Ulanov 1,151 and Kozlov 704. Tough guys, without a doubt. Kovalev’s total is largely explained by the number of games he played, whereas Ulanov fully justifies the tag of ‘enforcer’. Apart from Kovalev, only two other players from the former USSR had more penalty time than Ulanov – Andrei Nazarov, the outright leader with 1,409 minutes in 571 games, and Darius Kasparaitis with 1,379 minutes in 863 games. Our man Ulanov picked up penalties at almost the same rate as Kasparaitis.

It’s clear that our trio boasts extensive and varied experience of the game on both sides of the Atlantic, and that’s before we talk about the trophies they’ve won. Kovalev won gold at the 1992 Olympics and lifted the Stanley Cup in ’94 with the New York Rangers. Kozlov has two Stanley Cups with Detroit (1997, 1998). Vyacheslav also won back-to-back Gagarin Cups after his return to Russia: he was on the Salavat Yulaev roster that won in 2011 before moving to Dynamo Moscow and repeating that triumph a year later.

It’s also significant that our assistants have plenty of coaching experience in the KHL. That should be a big help for Kovalev, whose experience in this league is limited to two seasons as an assistant here in the Dragons’ Lair. Ulanov had a spell as head coach at Avtomobilist (2012-15), after which he was an assistant at Spartak, Lada and Ugra. Kozlov took his first steps in coaching at Spartak, had a season as head coach at Khimik in the VHL and spent last season at Avangard working alongside Bob Hartley.

Despite all that experience, we can be confident that the best is yet to come for all three. These are still young guys – the eldest, Ulanov, is just 50 – and they are ready to mature into successful coaches. Thus, we can look forward to their work in the coming season with plenty of optimism.