The countdown to the 2022 Beijing Winter Olympics is well underway – and today brought confirmation of the IIHF’s test events in the Chinese capital. 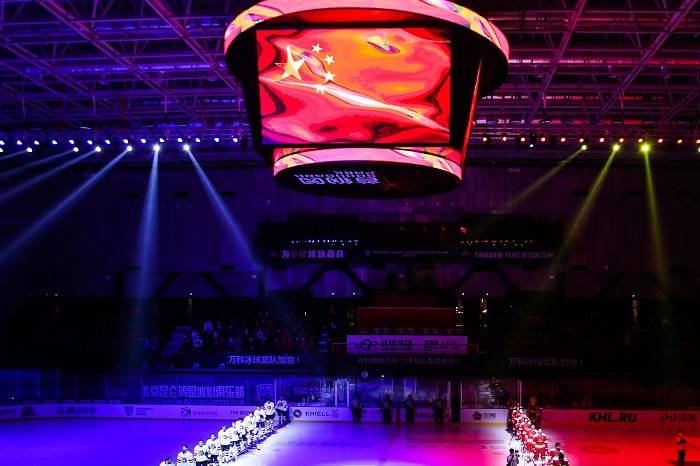 As is traditional, in the year leading up to the opening ceremony, the Olympic venues are set to host major international events in their sports. It’s a chance for the organizers to identify and resolve any teething troubles at new venues, for the global sporting authorities to ensure that everything is in place for a successful tournament and – for China’s athletes – a first chance to represent their country in the arenas that will be the focus of the world in February 2022.

In hockey, that means Beijing will be hosting World Championship events involving China’s men and women. The men’s team, expected to draw heavily on the Chinese and Chinese heritage players in the Kunlun Red Star system, will contest Division IIA of the World Championship from April 10-16, 2021. China will face off against Australia, Croatia, Israel, the Netherlands and Spain. This tournament was originally schedule for April 2020 in Zagreb, Croatia, but had to be cancelled due to the pandemic and has been moved to Beijing to help the preparations for the Games.

If the Chinese Ice Hockey Association can draw on a full-strength roster, reinforced with our naturalized players, there will be every reason to anticipate a successful tournament on home ice. China is in with a real chance of winning promotion to Division I for the first time since 2006, an ideal way to attract an even greater audience for Chinese hockey as the preparations for the Olympics enter the home straight. However, there is a caveat: if our Dragons do well in the KHL playoffs, Curt Fraser may well need his players in April, potentially weakening the Chinese roster available for the international tournament.

China’s women will also play at the new Olympic facilities in Beijing. Their World Championship Division IB campaign will involve a showdown with the previous Olympic host – Korea – and the 2026 host, Italy. Poland, Kazakhstan and newly-promoted Slovenia complete the group. The dates for this competition are still to be confirmed, but the 2020 edition was due to be played in late March and early April in Katowice, Poland.

China’s junior national teams also learned their destinations for the coming season. The men’s U20s will contest Division IIB in Belgrade, Serbia, facing the host nation, plus the Netherlands, Belgium, Croatia and Iceland. The u18s travel to Sofia to play Spain, the Netherlands, Croatia, Australia and Bulgaria in Division IIB. The u18 women are heading to Austria, where their Division IB competition takes place in Radenthein. Denmark, Austria, Poland, Korea and Chinese Taipei provide the opposition here.