The current lockdown poses plenty of challenges – but it also offers a rare opportunity to step away from the daily grind and try something new. For many people, staying at home is the perfect prompt to take up a long-planned hobby or dust down long-neglected skills. And our very own Alexei Kovalev is no exception: he’s been active on social media to keep us up to date with his latest culinary achievements.

It turns out that this Stanley Cup winner specializes in sweets. Last week, for example, he made chak-chak.

The choice of dish might not be a surprise for followers of Kovalev’s career. During the 2004/05 lock-out season, Alexei interrupted his march towards 1,000 NHL points and played a year in Tatarstan with Ak Bars. Chak-chak, a sugary confection of deep-fried dough, is always on the menu in Kazan – so did AK-27 remember the recipe from back then?

“Of course not,” smiled the legendary forward. “Luckily, in this day and age, there’s no need to remember the details of any recipes. You can find anything you want on the internet. So, I decided to introduce my sons to this dish. They liked it: both the taste, and the whole process of eating it, prizing out bite-size chunks from a sticky mass. It’s ideal when you’re watching TV, a bit like popcorn, although it’s too sweet to eat in huge quantities.”

Never one to rest on his laurels, Kovalev was back in the kitchen a few days later with a new dessert – Spanish flan (also known as crème caramel).

Kovi never played hockey across the Pyrenees, but that’s hardly going to deter a connoisseur of confectionary. Another look on the worldwide web and ‘voila!’, as they say in Montreal.

This time, Alexei didn’t just show off the finished product. He showed his followers how the recipe was prepared, letting everyone experience the poetry of the culinary arts. 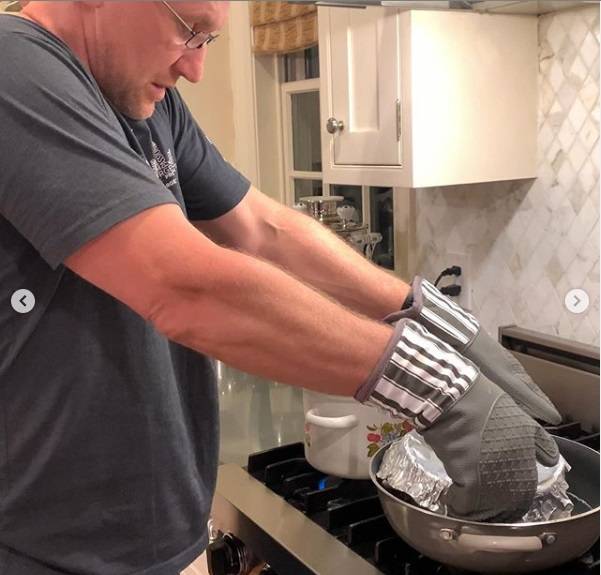 So, let’s congratulate our coach on his new successes in the kitchen – and look forward to the next dish. Bon appetite!