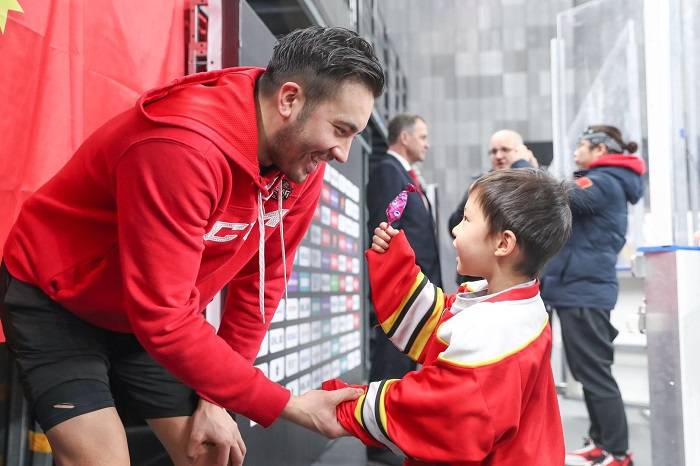 Kunlun Red Star captain Brandon Yip is a true leader among Dragons – and a KHL player poll proves the point. Our forward was picked as the most respected player at the club, and the top performer this season – one of just two players to win both awards for his team.

The poll was conducted in April, with everyone who took to the ice last season invited to share their opinions. The results were compiled anonymously, and more than 200 players responded, with every club in the league well represented.

Yip, 35, led the way for Red Star in both categories, according to KHL.ru, the league’s official website. His status as the most respected player at the club reflects his inspirational role as team captain and the commitment shown to the club across three seasons and 160 games in the KHL. It’s also a testament to his off-ice status as a kind of unofficial ambassador for Chinese hockey; when the international media comes calling for insight into how the game is growing here ahead of the Beijing Olympics, Brandon is one of the first players who reporters want to hear from.

Best player of the season, though, may have been more competitive. Yip was once again on top of our team scoring chart with 31 (15+16) points but this season he shared top spot with Tyler Wong. Sorcerer and apprentice, the 24-year-old posted the same figures as his senior partner, albeit from 12 more appearances. When it came to the vote, though, Brandon won once again. His double distinction as his team’s most respected and most effective performer was matched only by Alexander Semin at Vityaz.

Elsewhere in the league, the survey threw up familiar names. Admiral’s players chose former Dragon Martin Bakos as their best player of the season. Bakos, 30, top scored for the Sailors with 42 (19+23) points and earned himself a move to Spartak for next season. Belarusian talisman Andrei Kostitsyn, who played 22 games for Red Star in 2017/18, was named Dinamo Minsk’s most respected player. A third question on the poll asked for players to nominate the biggest joker of the season. While no current Dragons merited a mention among the leaders in this category, one of our former players did gain some support. Igor Velichkin, now of Amur, might not play the biggest role on the ice but he clearly makes a big impact on team morale in the locker room.