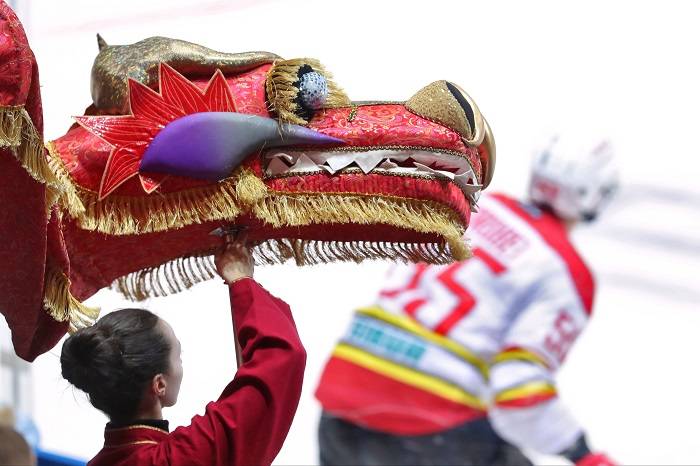 The KHL has announced the final placings for its teams for the 2019/20 season. The decision, published on the league’s official website, reflects the curtailment of the campaign due to the coronavirus pandemic. As a result, there is no champion this season. Instead, as written on the site: “The eight teams that qualified for the second round of the playoffs are allocated a single position, 1-8. They are ranked equally and listed alphabetically. The order in which they appear has no implication about any team’s placement in relation to any other.”

For the remaining 16 teams, including our Dragons, positions 9-24 were determined in accordance with the league’s usual sporting regulations.

For Kunlun Red Star, that means 18th place. And that once again enables us to see some progress compared with last season. Indeed, it’s the best result since our rookie campaign, when the Dragons made the playoffs and were ranked 16th overall in the KHL. Since then, the club has faced its challenges but, as you can see below, there are signs of progress.

As you can see, the Dragons have made another couple of steps forward. If this progress continues – and we firmly believe that it will, that this team is on the right path – then next season will surely see our guys involved in the playoffs once again.

A sceptic might argue that our team’s advance up the rankings has been powered by the steady reduction in the number of clubs competing in the KHL. From a high of 27 in 2017/18, we’ve seen the numbers drop to 25 and then 24. But drawing conclusions from that alone would be a flawed process. The teams that dropped out of the league were those ranked below us, not clubs further up the table. Far from making our task easier, it made the KHL even more competitive and the battle for every position in the rankings more intense. Remember how tight the Eastern Conference table remained until the final moments of the regular season this year?

So, it’s important not to jump to conclusions. We are sure that our readers can see for themselves that the last three seasons have brought clear progress for Red Star, and the KHL rankings confirm that fact.