In part 4 of ‘Where are they now?’ we look at two imports from Red Star’s rookie season, both of whom have gone on to win championships elsewhere after leaving Beijing. 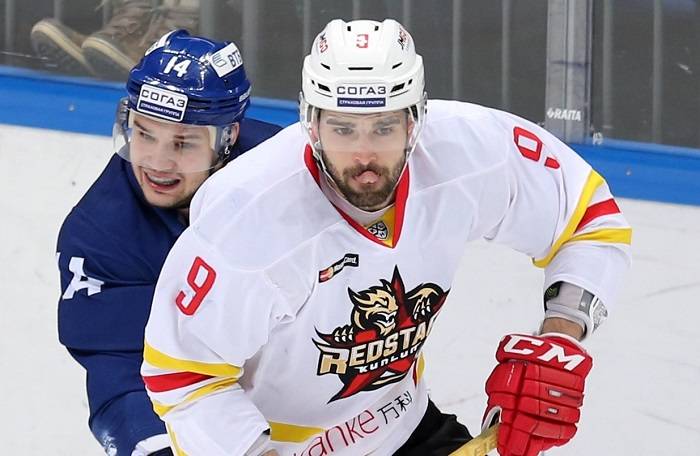 French international Damien Fleury was one of the first players to sign for the Dragons when the club began putting its roster together for the 2016/17 season. And, after a taste of Beijing in that campaign – the speedy winger played 57 games and had 16 (9+7) points, he’s eager to come back in 2022 with the French national team. Denied the chance to defend the French championship he won with Grenoble last season, the 34-year-old is fully focussed on his next scheduled engagement: an Olympic qualification tournament in Riga, due to be played in August.

The French haven’t played at the Games since 2002, when Fleury was a young hopeful in his hometown of Caen, but success in Riga would take Les Bleus to the next edition – right here in China. “Getting back to the Olympics has to be our most important objective,” the former Dragon told l’Equipe. “And it would be a great compensation after missing out on the end of this season.”

It would also continue a series of ‘homecomings’ for Fleury following his departure from Red Star in the summer of 2017. The first return saw him back in Germany at Schwenninger Wild Wings, the DEL outfit from which he was signed by the Dragons. Then came a move back to France and a return to Grenoble. The symmetry continues: last season, Fleury won the championship with les Bruleurs de Loup; a year later he followed it up by receiving the prestigious Albert Hassler Trophy for the best French player in the Ligue Magnus. That reprises his success in Grenoble a decade earlier, when he also made his international debut. 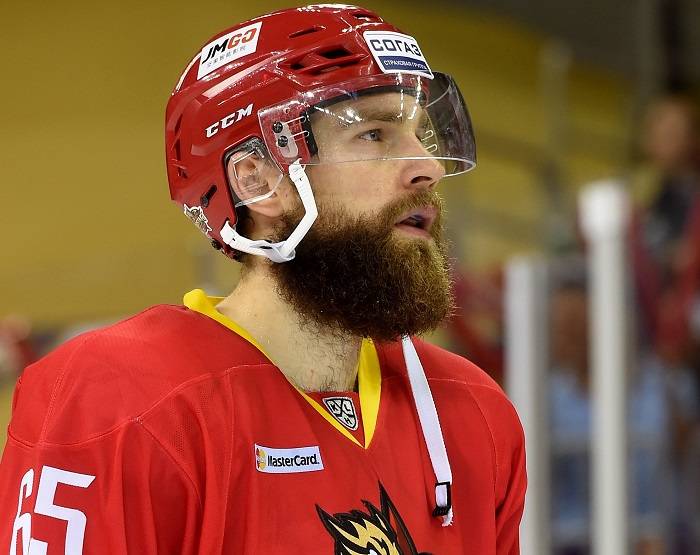 This Slovak center was another part of our first campaign, playing in every game of the regular season and playoffs. Memorable nights included his two goals in a 5-1 win over Barys – our biggest in the KHL at the time – as he contributed 20 (5+15) points to Vladimir Yurzinov’s team. While his scoring wasn’t spectacular, the Poprad native played a solid defensive game and had an important role on the PK during that debut campaign.

His time in the KHL raised the profile of a player once drafted by the Islanders, and helped him earn a trip to the Olympics with Team Slovakia. In PyeongChang, Marcinko & Co began with a surprise win over the Russians but were unable to build on that start and dropped out in the playoff round. But our man was back in his country’s colors at the World Championship, lining up with current Dragon David Bondra and two other ex-Red Star men, Martin Bakos and Marek Daloga.

In club hockey, Marcinko moved to Trinec in the Czech Republic, where he remains a key part of the Ocelari club. It’s been a successful spell for player and team alike: the Steelmen came second in the Czech Extraliga in 2018 before winning the title in 2019, and Trinec also got to the semi-final of the Champions Hockey League in 2018. Marcinko has 105 points from three Czech league campaigns, and also had 8 (3+5) in 12 Champions League games during that semi-final run. Ocelari stood second in the table when the current season was curtailed, and Marcinko is signed up for another year as he looks to add more medals to his resume.