Earlier this month, we picked out some of our most memorable games of the season just gone. Today, we’re sharing some of our fans’ favorite memories of the 2019/20 campaign. During a recent competition on the Chinese social network, Weibo, we invited supporters to tell us about their top games of the season. From Shenzhen and Beijing to Moscow and Kazan, from dancing around apartments with the kids to soaking up the atmosphere in the arena, here are some of the best stories you shared.

The home game against Spartak Moscow was one of the most impressive. I watched at home that night with my son and we were both enthralled. Red Star played very well, but the opponent’s offense was also very powerful. In the end it went to overtime; Kunlun had chances but could not find the breakthrough. Then suddenly, Murphy fired home the winner and both of us were jumping for joy to celebrate the victory. Our video camera at home recorded this wonderful memory!

This year was my third time at the home opener. We lost the first two and I decided that if we lost again, I should stop going – maybe I was a curse on the team? This time, though, we won. It was the first time I went to a hockey game in Shenzhen; the people there were so excited and the atmosphere was much better than in Shanghai. I was so happy to see Gilbert Brule wearing the Red Star uniform – I couldn’t take my eyes off him.

The battle against SKA St. Petersburg impressed me the most. The whole game was very exciting and even though we lost out in overtime, finally we were strong enough to get a point against SKA. This season was the first time we ever got a point from such a strong team.

Back in October I took a few friends to Shougang to see the game between Red Star and Dynamo Moscow. It was always a tight game and regulation finished in a stalemate at 1-1. We were kept in suspense until Dynamo stole the game in overtime. Watching those Russian fans celebrating, I felt so sorry for our team. But those emotions, whether celebrating our goals or commiserating after a loss, they all make me more determined to always support this team. Kunlun Red Star and ice hockey have become part of my life. Although there are regrets from this season, I still hope that thing will get better and better in the future – and I will continue to support our guys!

The game against Dynamo in Moscow on Jan. 5 was special. Although Kunlun lost the game, two of the Russian editors from the Grey Mocco [KRS fan-club in Russia] page on VKontakte [a Russian social network] did a great job of helping us to meet some of the team – and we even got a couple of Cory Kane’s sticks! I hope we can get more Kunlun fans in Russia next season, and I’m looking forward to buying Red Star merchandise here in Moscow.

When Red Star played in Kazan, I went to my first ever live hockey game, thanks to Grey Mocco. It was a nailbiting game and even though we were beaten at the end, it was really exciting. After the game some of the Russian fans were praising our team’s strength. Since then, I’ve started to follow hockey, and especially Red Star.

The best game was surely that overtime win over Spartak Moscow. We had a shoot-out loss to Avangard, then an overtime win against Omsk and a win against Vityaz when we were dragged to a shoot-out yet again. I thought everyone would be exhausted, but no – we did it again, and Murphy’s golden goal in overtime had the Dragons laughing to the end. Later in the season the team began to struggle; I miss the Red Star that was unstoppable and unbeatable.

The highlight for me was the back-to-back wins at home to Admiral in December. In the first game at Shougang we saw Spencer Foo make a strong return from injury, two assists from Tyler Wong, a first KHL goal for Devante Smith-Pelly and Jeremy Smith’s wonderful goaltending. Our performance was so strong it silenced the Russian fans. After this game, I joined the fan club and met many Red Star fans. The following day we saw how Luke Lockhart played on after getting an injury and helped us to another big win. At that time, we thought we were on our way to the playoffs, but it wasn’t to be. No matter what, we still support Kunlun. Thank you for the wonderful games this season, all those emotions: excitement, joy, sadness and disappointment have turned into a tapestry of beautiful memories. Thank you, Dragons, for bringing me into the world of ice hockey; thank you for introducing me to new friends. 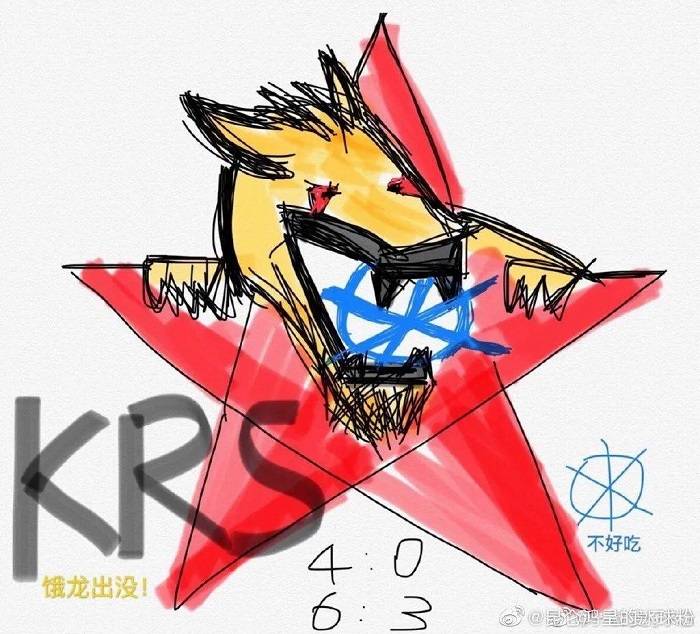 That game that impressed me most was the 4-0 win against Admiral. Spencer Foo opened the scoring with a backhand shot, Jeremy Smith defended his net in a frenzy and finally got the shut-out. Smith-Pelly also scored a shorthanded goal. And, most important for me, this was the only time I saw Red Star win in six games at Shougang.

I was really impressed with the game against Jokerit. I’m no expert, but it felt like we had another force supporting us in that game. In the end, although we fell one step short of success, we still gave a good account of ourselves. In particular, the progress of Tyler Wong is obvious to all – and it’s great to see the excitement in his eyes when he interacts with the fans. It’s a genuine respect and concern about the crowd, which you don’t always see among athletes.

The most memorable was the 3-1 win over Ak Bars on Jan. 16. In the last five minutes of the second period I almost exploded! In the third, the team had a very professional performance, working together to close out the win. The saddest day was the loss to Traktor on Feb. 15. When I heard the news, I was just stepping off a plane in Moscow, with my Red Star jersey and my Chinese flag.