As our ‘Where are they now?’ series continues, we look at two former Dragons active in North America this season – but both at different ends of their careers. 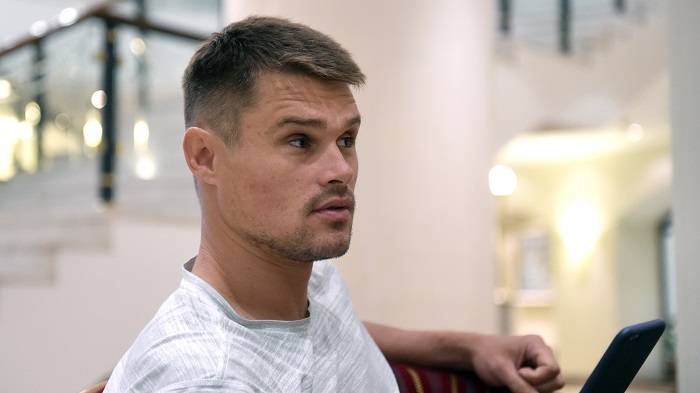 The next generation – Alexei Ponikarovsky

Rumors of Alexei Ponikarovsky’s retirement were once exaggerated. After he helped SKA to win the Gagarin Cup in 2016, the Poni Express was not offered a new deal in St. Petersburg and there were reports in the local press that he was retiring to Miami. Instead, an offer from Kunlun Red Star brought him to the orient for two seasons. The second of those campaigns saw him captain Mike Keenan’s team.

True, Ponikarovsky may have lacked the explosive speed that characterized his NHL career and made him a key figure on the Ukrainian team that played in the 2002 Olympics. However, his contribution to the team was measured in more than goals and assists; as a vastly-experienced man on an expansion franchise, he played a big role and helping his younger team-mates adapt to the challenges of playing at such a high level. By the end of his stint, he was one of the first players to break through the 100-game barrier for the new club.

Then, it all went quiet. At the end of 2017/18, Ponikarovsky indeed hung up his skates and was not active in hockey for the following season. But even in Florida, the lure of the game is strong. Last season the long-serving Toronto Maple Leaf was back on the ice. This time, though, it was a coaching role with the South Florida Hockey Academy. Alexei, now 40, is working alongside Sergei Krivokrasov, an Olympic silver medallist in 1998, to nurture a multinational roster of promising youngsters in the warmth of the Sunshine State. Maybe we’ll see some future Dragons emerge from Ponikarovsky’s stable of teenage prospects. 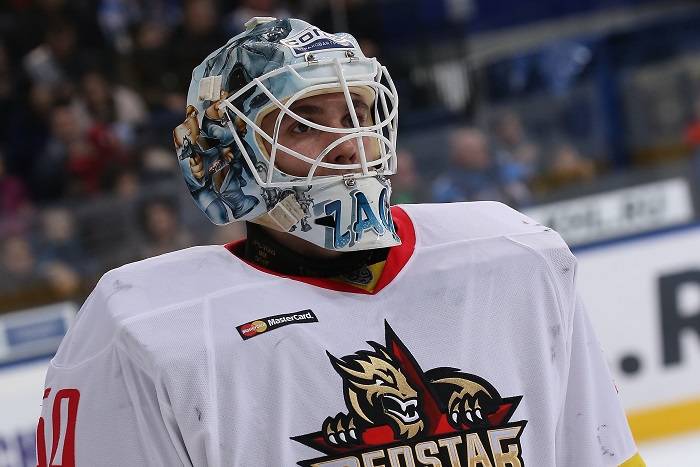 Unlike Ponikarovsky, today’s second player was not a regular on the team. Goalie Artyom Zagidulin arrived on loan from Metallurg to add depth to the team’s goaltending – and made a big impact in his brief spell on Vladimir Yurzinov’s team. With just one KHL appearance prior to his arrival, the 21-year-old prospect collected his first win (3-1 vs Lokomotiv) and first shut-out (1-0 vs Amur) during his six starts for the Dragons.

That wasn’t quite enough to usher him into the big time in Magnitogorsk. He made a handful of appearances on his return to Metallurg, but played the following season in the VHL before finally getting some significant gametime in 2018/19. That year also brought a Russia ‘B’ call-up, his first international recognition.

Now Zagidulin is in the AHL with Stockton Heat – and he’s making an impression in his rookie season. After an uneven start the goalie, now 24, hit his stride and made a storming start to 2020 with two shut-outs in his first three games of the year. That brought favorable comparisons with David Rittich, the current Flames goalie; the Czech international had 15 wins in his AHL rookie season; when play stopped this season, Zagidulin was already on 16 victories as he adjusts to life in North America.

However, the youngster now has a big decision to make. Metallurg is reportedly bidding to bring him home with the promise of starting at least 50% of the team’s games in the KHL. Will we be seeing him again next season, or might he become the first player to break into the NHL after playing for Red Star?