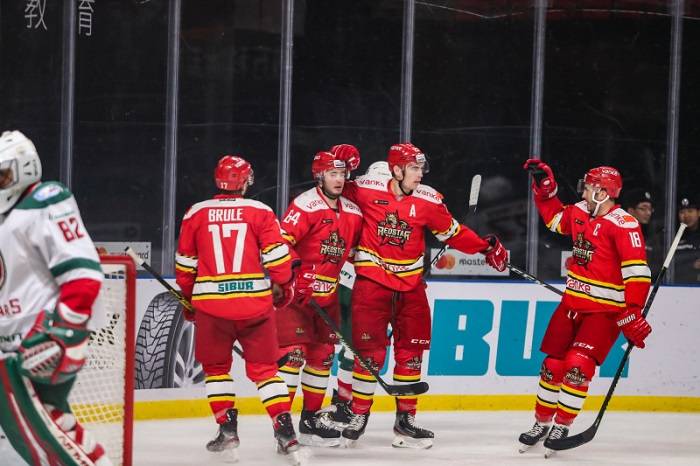 The New Year didn’t start well for Red Star. A four-game road trip saw us fail to score on three occasions; back home we twice squandered leads to lose narrowly to Sibir. So, a visit from an Ak Bars team that thumped us 5-0 earlier in the season wasn’t the ideal game to get us back on course. 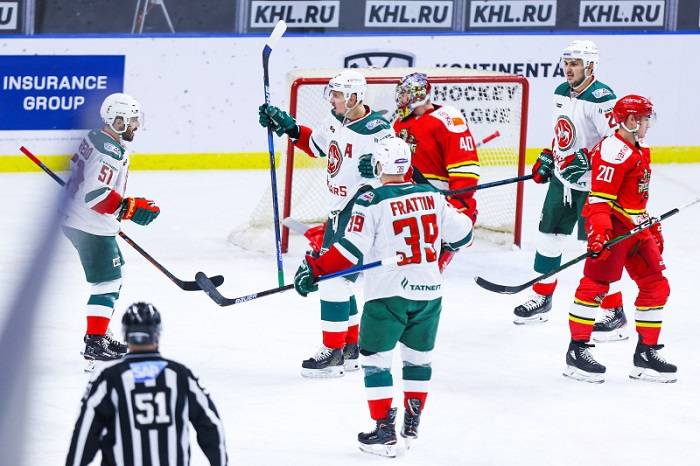 And when we found ourselves losing a goal in a 3-on-5 situation early in the first period, it was hard not to fear the worst. But this team is often at its best in adversity. Ak Bars fired in the shots – 20 against 7 in the opening frame, despite the teams having a fairly even share of possession – and looked to bombard its way to victory. The Dragons bided their time, absorbed the pressure and waited to pounce. 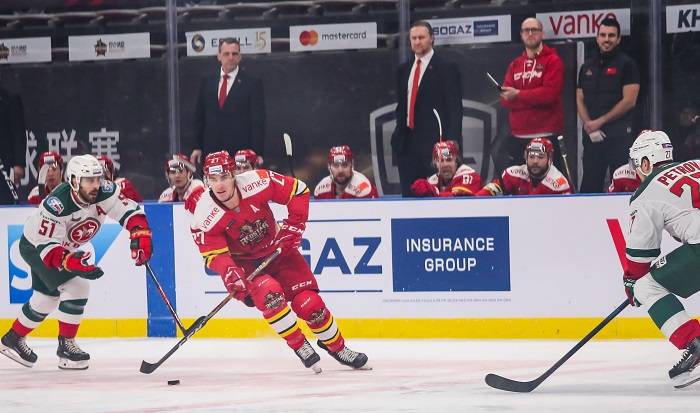 The turnaround took a matter of seconds. Adam Cracknell leapt on a wayward pass from Kirill Petrov and sprinted down the ice to tie the scores. 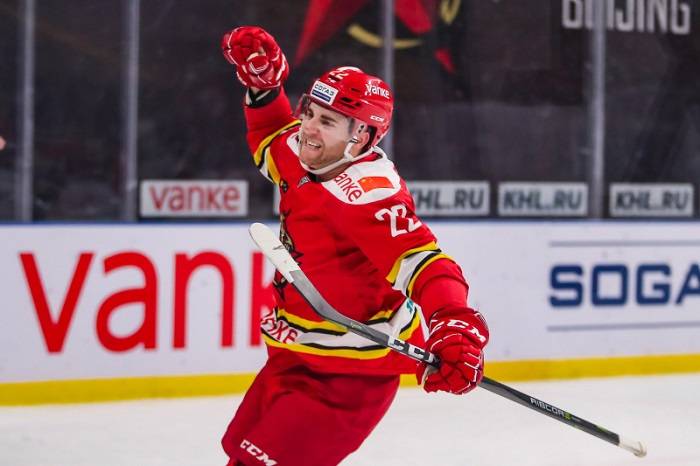 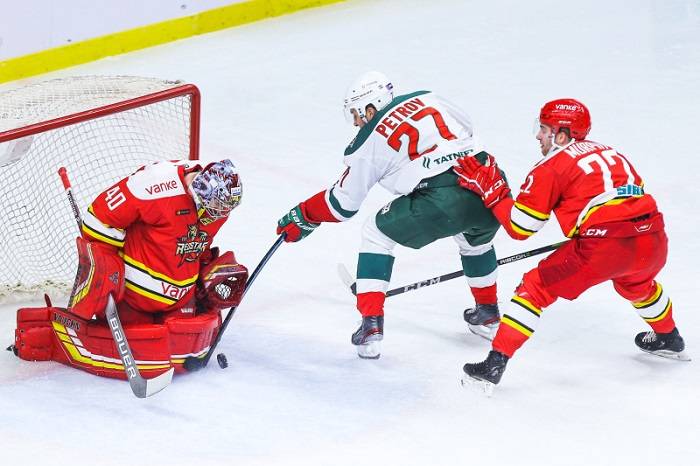 Now, Ak Bars had a hint of desperation in its play. Wave after wave of offense crashed against Jeremy Smith’s net and he finished the day with 43 saves. The third period just two shots for Red Star, but one of them, in the last second, skittered into the empty net as Gilbert Brule broke up another Kazan raid. Another notable win against a big name of the KHL was secured. 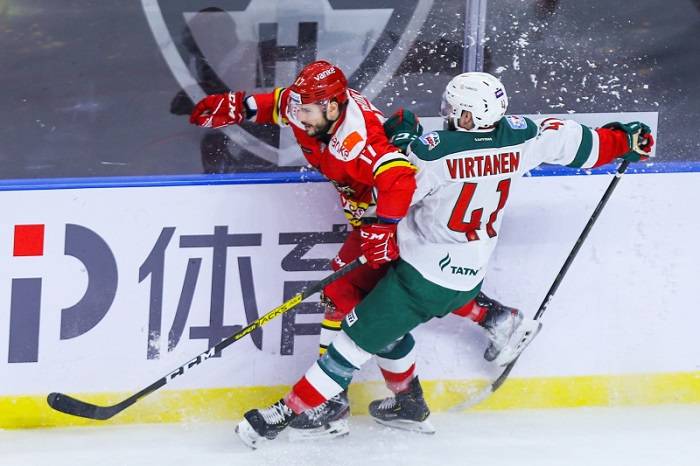