Continuing its ‘Where are they now?’ series, hcredstar.com looks back at two North American imports who ended up in Britain last season. 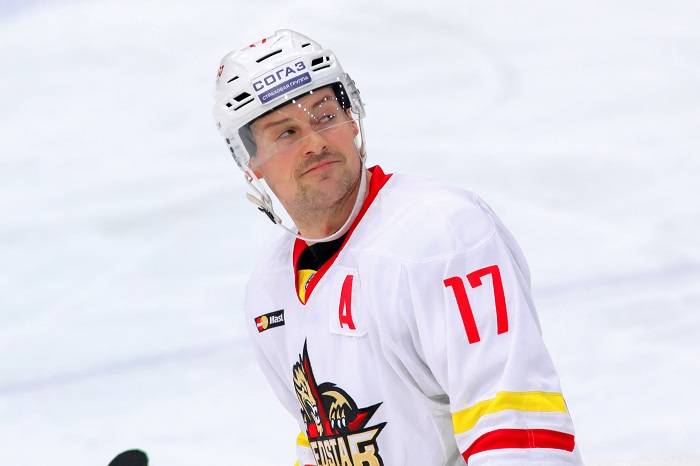 Chad Rau was one of the key players in our rookie season. The Minnesota native was the first Dragon to get an All-Star call as he led our team’s scoring in 2016/17. Indeed, Rau’s tally of 40 (20+20) points remains the best single season return for any player at the club, with strike partner Sean Collins close behind on 39 (13+26). The American was also the first player in the KHL to score a winner in 3-on-3 overtime, stopping Avtomobilist on Dec. 17, 2016.

An impressive rookie season in the KHL meant there was plenty of interest in Rau’s services and he played two more years in our league. In that time, he wore the colors of Neftekhimik, Avangard and Slovan Bratislava but never came close to matching his productivity in China.

His next move was somewhat unexpected: with Slovan leaving the KHL, Rau decided to go to Glasgow Clan in Britain’s Elite League. For the 33-year-old, the chance to continue his career while studying for an MBA at Glasgow Caledonian University was a big attraction; action on the ice combined with preparations for life after hockey. But there are still plenty of goals to come: Rau got off the mark in his second weekend with the Clan and a five-game productive streak helped the team to the top of the league early in the season. He finished with 41 (15+26) points in 53 league and cup games when the campaign was curtailed. 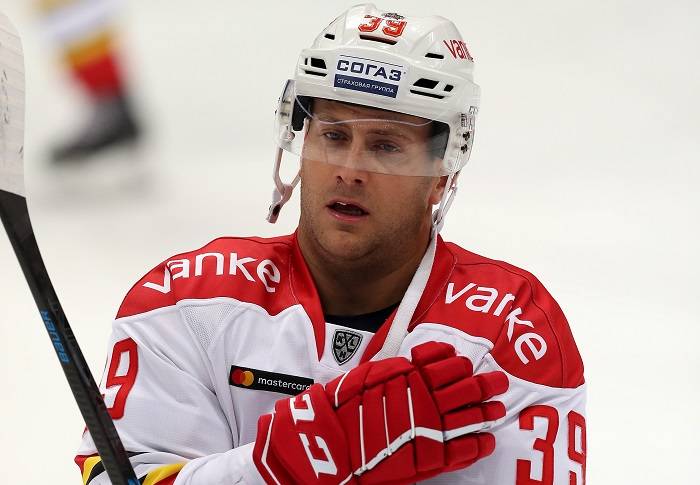 This creative Canadian forward only had a brief spell with the club in 2018/19, but he made quite an impact during that time. His return of 12 (4+8) points in 27 games for a struggling team caught the eye, as did his ability to open up the play for his team-mates. Had it not been for the injury that ruled him out of November and December, his season – and the team’s – might have been very different.

Instead, he left China in the summer and helped Kazakhstan – he acquired Kazakh citizenship while playing for Barys – win promotion to the top division of the World Championship before joining up with Aaron Fox at Sheffield Steelers of the British Elite League. Fox was the coach who first brought the Ottawa native to the KHL during his time behind the bench at Medvescak Zagreb, and that connection helped persuade the center to try out life in the UK.

Unfortunately, though, the reunion did work out as well as planned. St. Pierre struggled with a toe injury in pre-season and found it hard to live up to the big expectations on him in the Steel City. After just eight games, he left the club by mutual consent. Nothing if not a globetrotter, this naturalized Kazakh international quickly added countries 11 and 12 to a career that has clocked up the air miles. First, he joined DVTK Jegesmedvek, Hungarian polar bears guesting in the Slovak championship. And within a couple of months he was on the move again to join Slovan Bratislava, a familiar opponent for us when it represented Slovakia in the KHL. In February, St. Pierre celebrated 1,000 regular season games in pro hockey when he suited up on Feb. 12 in a 4-3 home win over MAC Ujbuda.