Over the next few days, hcredstar.com will be catching up with a few favorites of the past and finding out what they are doing now. Today, we start with a pair of Finnish defensemen from our debut season; one still playing, the other embarking on a career change. 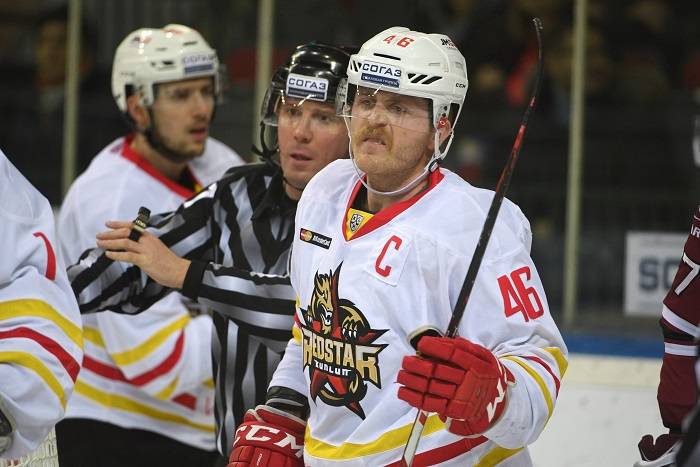 In Red Star’s rookie season there was a strong Finnish accent on Vladimir Yurzinov’s team – and few of the 11 Finns on the roster made a stronger contribution than this Oulu native. Jalasvaara arrived with a wealth of KHL experience, most notably helping Dynamo Moscow to back-to-back Gagarin Cup triumphs in 2012 and 2013. A proven leader on and off the ice, he was the natural choice to captain the team.

The change of scenery seemed to suit Jalasvaara. Always a formidable defenseman, he rediscovered his scoring touch as well and a 16-point haul represents his best career production in the KHL. However, at the end of his first season the Finn moved on as part of the summer reshuffle occasioned by the departure of Yurzinov and the appointment of Mike Keenan in his place. Next came two seasons in Sweden, first with Rogle, then with Timra, before he returned to Finland and joined the Lahti Pelicans in December 2019. Back home, he was again recognized as a natural leader and wore the ‘A’ through 30 appearances in the Liiga before the season was cut short.

Lahti, meanwhile, turned out to be something of a reunion for former Dragons last season. In addition to Jalasvaara, goalie Tomi Karhunen played the whole campaign with the Pelicans while Belarusian defenseman Pavel Vorobei spent time on loan. Like Jalasvaara, Karhunen made a big contribution in Red Star’s debut season. He also featured intermittently in 2017/18 and 2018/19. Vorobei was a promising youngster in 2017/18, when his performances for Kunlun helped him win the Belarusian player of the year award. However, he fell out of favor and moved to Sibir, then Avtomobilist and Vityaz in quick succession. 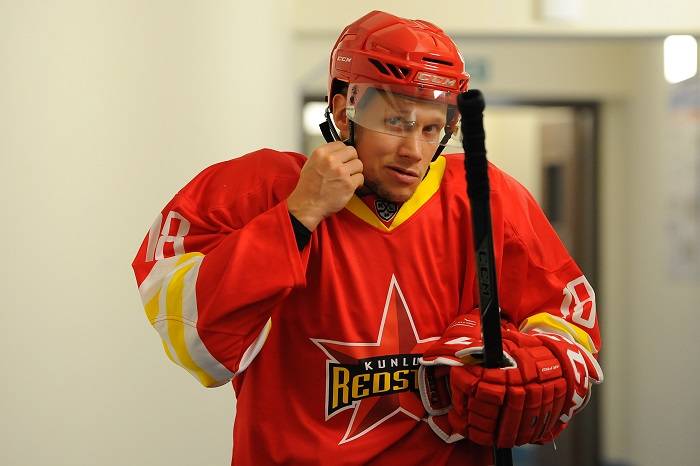 Another Finn, short in stature but big on heart, Mantyla instantly secured a place in Dragon lore when he potted the game-winner in our first ever KHL outing, a 2-1 win at Amur Khabarovsk. That was the first of 24 (10+14) points in regular season as he led our defense in scoring before setting a club record for playoff points with 7 (2+5) in our only post season campaign to date.

Mantyla, twice a Finnish champion and three times a medallist at the World Championship, headed back home after his year in China. A solitary season in Sweden with Malmo Redhawks was followed by two years back where it all began in Tampere, representing the Tappara club. That’s the same Tappara where Jussi Tapola, Red Star head coach in 2018/19, spent much of his career and returned last season as director of hockey operations.

This season was Mantyla’s last on the ice. He announced his retirement at the age of 38 and is heading out in a new direction. Last summer he took over the popular Eurolohi fish restaurant in his home town. For a long-time customer at speciality salmon eatery, it’s a new challenge in familiar surroundings: “I’ve been coming here for as long as I can remember and when Risto [Raissenen, the previous owner] told me he was thinking of selling, it didn’t take long to decide to make him an offer. I need something to do after my hockey career, and this is a good and popular place,” Mantyla told Finnish newspaper Aamulehti.