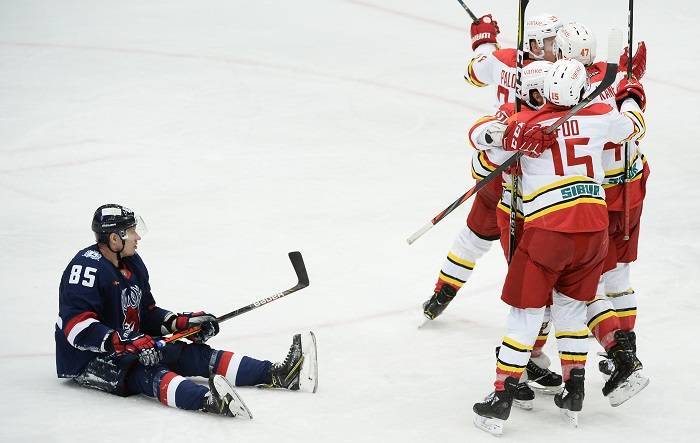 The Dragons celebrated Hallowe’en with two milestones in one evening. First, we got a first ever victory over Torpedo, having lost out in six previous encounters. And that result secured a fifth successive win, our best ever sequence in the KHL. With new signing Devante Smith-Pelly watching from the sidelines, it was a great introduction to life in the Dragons’ Lair. This game got a fast start thanks to a big hit from Garet Hunt. That sparked a fight that got the adrenaline pumping and when Torpedo took a bench minor, we were ready to convert the power play. Cracknell’s feed to the back door, Miller’s finish and a fifth-minute lead. Just what was called for in game four of a gruelling road trip. 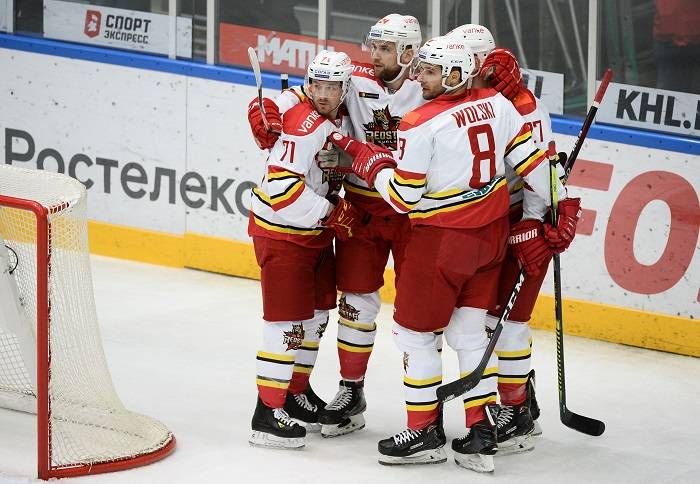 Once again, Jeremy Smith excelled in goal. He made 41 saves in total, 19 of them in a frantic second period. Frustratingly, he was beaten late in that session when Torpedo – a team noted for fighting back from behind – grabbed a short-handed goal. However, this was a far more disciplined KRS team than we had seen earlier in the season. Despite the pressure, our guys were primed to soak it up. The final frame brought 12 more saves from Smith, 11 blocked shots by the rest of the team and, late on, a winning goal. Red Star got a power play, Curt Fraser shrewdly called a time-out to give his players a chance to focus on taking that chance and, in a war of attrition around Andrei Tikhomirov’s net, Olli Palola drove the puck into the danger zone for Cory Kane to snaffle the winner. 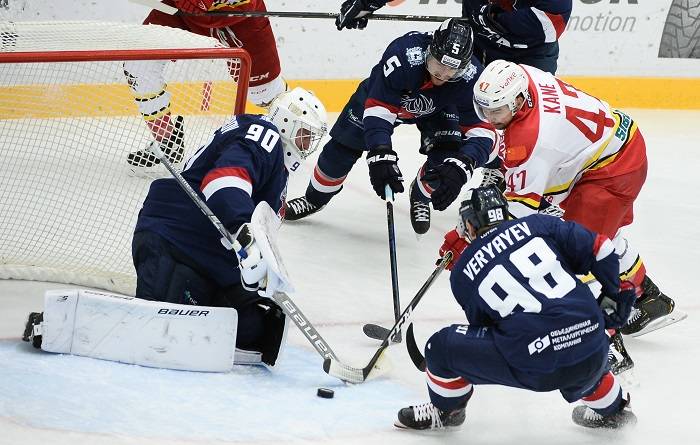