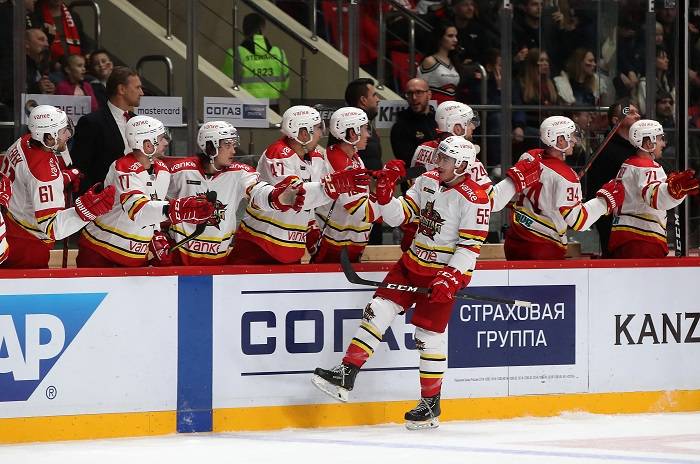 This win was truly Fram-tastic. Avangard is traditionally a tough opponent for the Dragons and we arrived in Balashikha with just one win in nine meetings against the Hawks … and left with our first ever road win against last season’s Gagarin Cup finalist. 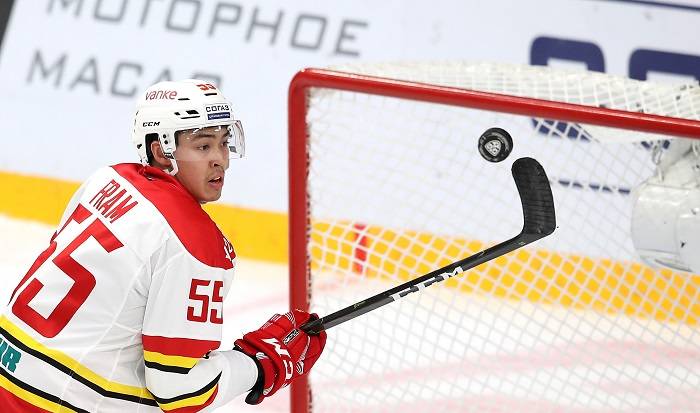 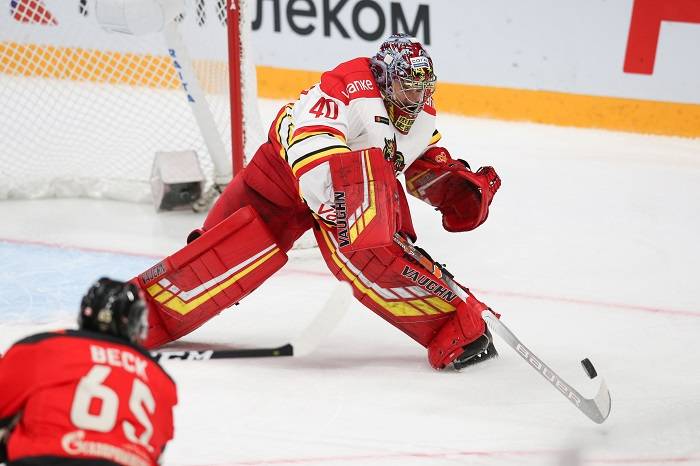 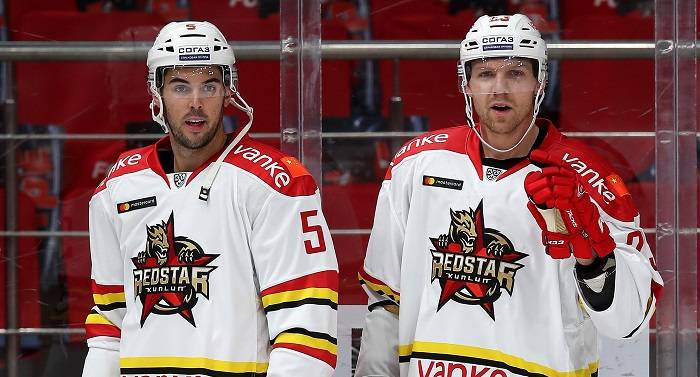 … while Ryan Sproul and Griffin Reinhart made a huge defensive contribution on their KHL debut.

As expected, this was a tough game. Avangard dominated the opening frame but a new-look defense featuring debutants Sproul and Griffin Reinhart did a good job of limiting the home team’s chances. Then Fram, a promising young blue liner dividing his time between KHL and VHL, opened the scoring with a rocket of a shot early in the second period. Trevor Murphy added a second and Fram completed the scoring in the third period with David Bondra collecting a pair of assists. 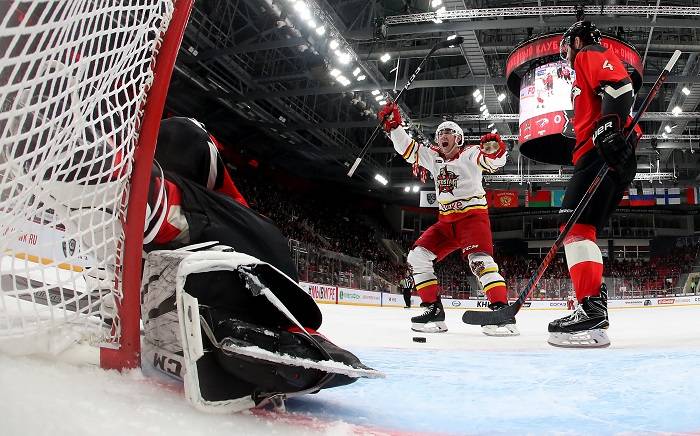 However, this wasn’t all about the offense. Sproul produced one of the highlights of the season late in the second period with a save that any goalie would be proud of. Late in the middle frame, with Avangard on the power play, our defense was under pressure. 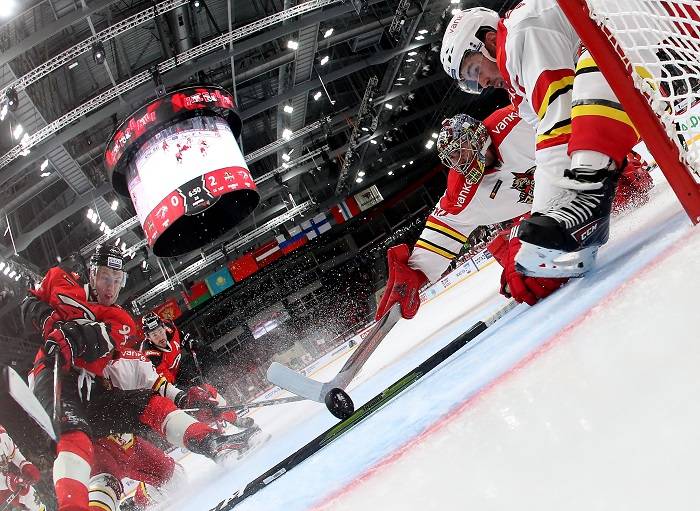 A scrum on the slot left Smith sprawled out of position, but the agile Sproul stretched out a skate behind his stricken goalie and got the puck to safety. It was that kind of performance from the whole team – a ‘they shall not pass’ attitude that brought rich rewards. 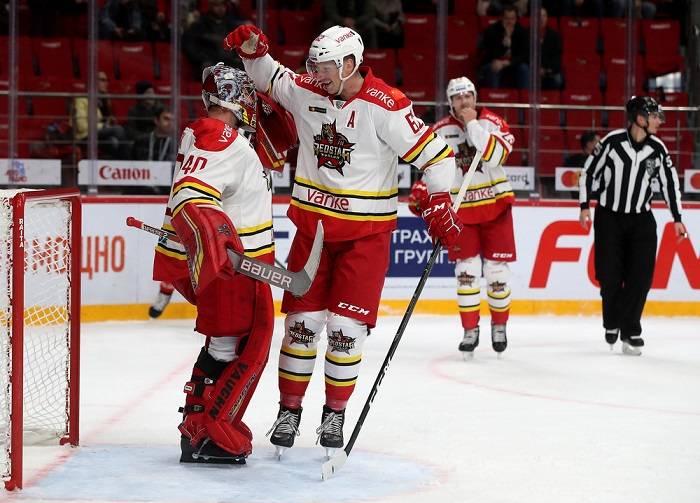