We are the champions!

KRS wins the series 3-0 and claims the WHL championship 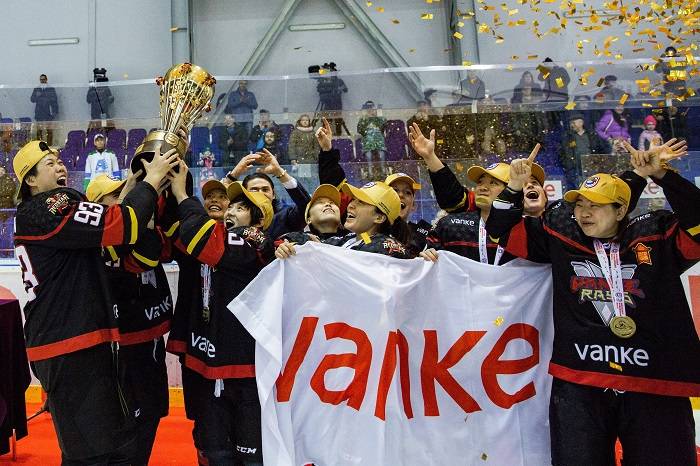 Sometimes, fairy tales can come true. In its debut season in the Russian Women’s Hockey League, KRS Vanke Rays made history by winning the championship. The Lady Dragons did it in some style, going undefeated through the playoffs – despite being unable to play at home in Shenzhen – and ending Agidel’s three-year run as the WHL top dog.

It’s a first major trophy for our team and the first time that the WHL has been won by a team from outside of Russia. The Rays have been trailblazers for Chinese hockey throughout the campaign, attracting record attendances to Shenzhen back in September and developing a multi-national squad with a strong Chinese representation to go on and lift that trophy.

Wednesday’s game in Ufa was the third of the series, and the first chance for our girls to clinch that sought-after title. Wins in the opening two meetings of the series put the team in control and, as captain Alex Carpenter said, there was nothing to fear from an opponent that topped the table in the regular season. “We learned a lot from our four games in regular season with them,” Carpenter said. “But now we just want to keep it simple, play our game and not worry about them. The video work’s all about us, everything’s about us right now.”

The first period finished goalless, but KRS suffered a blow when Emily Costales had to be stretchered off the ice midway through the session. The forward collided with Olga Sosina near the boards and looked to fall awkwardly on her right leg.

However, just as in the second game of the series, the Rays took control in the middle frame. Early in the session, Amy Menke forced Anna Prugova into a scrambling save after intercepting a stray pass in center ice. The second phase of the attack got the result, with KRS recycling the puck and Melanie Jue delivering a perfectly weighted diagonal for Hannah Miller to score at the back door.

The second goal was somewhat similar, with Liu Zhixin passing along the blue line for Jue to fire in the puck again; this time Leah Lum’s flick from between the hash marks sent it looping into the top corner, giving Prugova no chance.

On Sunday, Agidel also trailed 0-2 at the second intermission but made it a tense finish before succumbing 2-3. Today, the defending champion hit back at the start of the third when Anna Shinbanova got on the scoresheet. Now it was time for the Rays to dig deep and defend their advantage against a team with plenty of dangerous attacking options. That task was admirably fulfilled, and in the best way possible. Offense is the best form of defense, scoring is the best way to keep the opposition away from your net and in Carpenter, KRS boasts the most effective attacker in the lead.

The U.S. international, an Olympian in 2014, used the final minutes of this game – the final minutes of this season – to remind everyone why she is a class above the competition. In the first game of the playoffs, she snapped a 1-1 tie in the third period in Dmitrov to defeat Tornado with a superb individual goal and today she did it again. A broken play in the KRS zone saw Carpenter collect the puck inside the face-off circle … and she was off to the races. Surging down the ice, she turned Angelina Mukhmatova inside out, evaded the attentions of Nicol Cupkova and got up close with Prugova before flipping the puck over the pad and into the net for a goal worthy of winning any championship.

Neither Carpenter nor the Rays were done there. A power play with five minutes left brought a fourth goal, with Carpenter patiently waiting for Ilona Markova to step out of position and open a shooting lane for Megan Bozek. Markova blinked first, Carpenter fed her team mate and Bozek used that space to fire home the Rays’ fourth goal of the game and her fourth of the playoffs. There was still time for Alena Mills to get a late consolation for Agidel, but the game and the trophy was won. 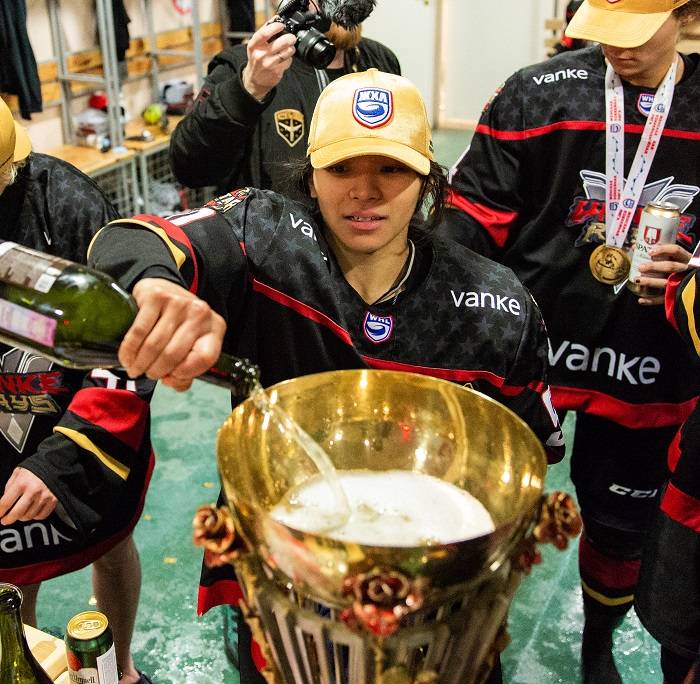