“Bring the cup to China” 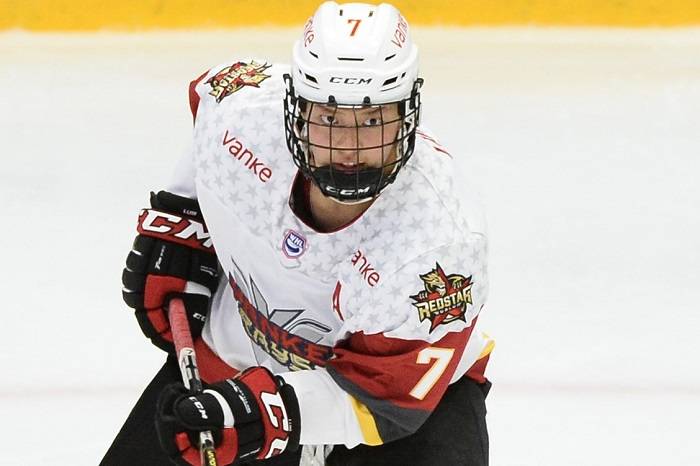 The KRS Vanke Rays are in Ufa for the grand final of their debut campaign in Russia’s Women’s Hockey League. Ahead of the series against defending champion Agidel, which starts tomorrow, Leah Lum spoke to the WHL’s website about her expectations from the decisive showdown of the season.

To start with, how would you rate the Vanke Rays’ debut in the WHL?

I think our team had a really good regular season. We achieved a lot, especially considering this is our first season in the league. But we’re not done yet – not until we win the championship! Right now, we can only look at what Agidel might bring. We know what we have to do and we’re looking forward to the final games.

Were there any times when things were particularly tough for the team?

Yes, of course. Over the course of the season we had problems with injuries and we struggled with various illnesses throughout the year. But overcoming that kind of adversity made us into the great team we have now and helped us to succeed.

And what would you say were the highlights of your season?

I think the games we played in China were the most successful for us. Then we went to Russia and also put together a winning streak. I guess the games in the run-up to Christmas were the best for us.

Overall, what was the hardest thing about playing in a new league for the first time?

I wouldn’t say we had any particular problems as a new team. We knew there would be a lot of tough, interesting games and we didn’t expect it to be easy for us. We have a really good team, we’re all playing the game we love, so we don’t worry about any little problems, those are just details.

What were your expectations before the season started?

To be honest, I didn’t know what to expect. But all the places we visited for our games were great. Especially St. Petersburg – that’s my favorite Russian city now. Overall, it was really interesting to get to travel around Russia.

How would you characterize your team?

Energy! Lots of energy! Every player on the team has so much passion for this game, you just can’t imagine how much we love playing hockey.

Who are the leaders in the locker room? I’m not thinking about scoring leaders, but the girls who create the atmosphere for the team.

I think we all understand our roles on the team. We all have clear tasks to carry out, but I don’t think you could pick out anyone as a leader. We’re all doing our jobs.

In the regular season you were breathing down Agidel’s neck. How does it feel to be up against them now in the grand final?

Oh, we’re all excited about it. We know that this is the one team we want to beat! We saw how we were neck-and-neck with them all season. Agidel played very well in the regular season but that doesn’t mean anything now. We’re meeting in the final and everything about these games is different.

How could you summarize your opponent in a few words?

They definitely know how to play for each other and that’s what makes them strong. But we’ll try to stop their top line and I think we can do it.

Which of Agidel’s players is the most dangerous for you?

They have a lot of great players but Olga Sosina really stands out. She has such a powerful shot. But we can’t focus on one or two players, we need to be ready for the whole team.

What are the strengths of your team that can help you win this final?

We have a good roster and especially we have strong goaltending. They really help us. I think the stronger we can play on defense, the more chance we have of winning.

How tough is it for the team that you cannot play any of these games back home in China, where you’ve had such great support this season?

Of course, it’s hard that in these circumstances we cannot go back to China. But we want to make the country proud of us and we want to go back and play at home again. So, we’re hoping that we can win this series here in Ufa and bring the cup back home to China.