Edged out in Cherepovets 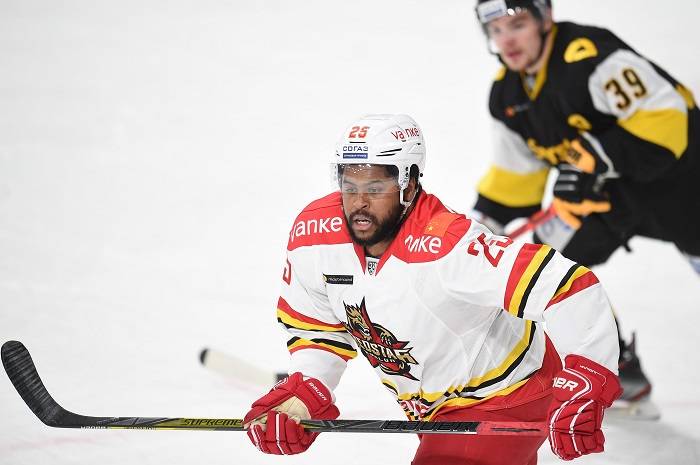 The 19th-century Prussian general Helmuth von Moltke probably wasn’t much of a hockey fan. But his famous dictum that ‘no battle plan survives first contact with the enemy’ was absolutely appropriate for this game. Red Star had barely touched the puck before finding itself a goal behind after Bogdan Yakimov scored just eight seconds into the game. The opening face-off squirted off towards youngster Yegor Chizhikov; his speed and directness fashioned the chance and Yakimov surprised Simon Hrubec with a shot from the deep slot. No sooner had the game started, than the Dragons needed to regroup and find a way back into contention. Then, still inside the first minute, there was a penalty to kill.

It shouldn’t have been quite like that. Kunlun had the boost of Tuesday’s win at Sibir behind it and was traveling to an opponent that is almost out of contention in the playoff race in the West. The atmosphere ahead of the game was one of quiet confidence: there was a job to do, and we were here to do it.

To the team’s credit, after being rocked by that shock right at the start, they battled back hard. That penalty was seen off with relatively few alarms and there was little to choose between the teams for the rest of the opening frame. Midway through the session, home goalie Vladislav Podyapolsky found himself under pressure amid a flurry of shots on his net; later, Hrubec came up with a big save to deny Dmitry Markovin.

In the second period, the Dragons took flight. A dominant 20 minutes of hockey saw the visitor get 19 shots at Severstal’s net. The home team was stretched, taking four penalties during the frame and struggling to pose any kind of a threat at the other end. And the pressure brought a tying goal. Devante Smith-Pelly found the net for the second game in a row, slotting home from between the hash marks after great work from Brandon Magee along the goal line. However, that was as good as it got; Severstal managed to withstand the storm and get to the intermission with the game poised at 1-1.

The longer the third period went on – and it proceeded once again as an even game – the more it felt feel like the next goal would be decisive. And this time, it went to Severstal. Vadim Kudako managed to squeeze the puck inside Hrubec’s near post to make it 2-1 and that was the end of the scoring. The closing minutes saw Red Star’s efforts to find an equalizer frustrated by a series of penalties that disrupted the play and made it hard to get Hrubec out of his net for an extra attacker.

Even the defeat has some redeeming features, however. Of the teams in contention for the playoffs, only Neftekhimik closed the gap – and that by virtue of a convincing victory over Metallurg. As a result, Red Star stays in seventh place, one point clear of Magnitka, three ahead of Neftekhimik and five in front of Admiral. And, for every team, another game goes by and another chance to close the gap is lost. With upcoming games at Traktor and Metallurg on the horizon, there’s still every prospect of collecting the wins that will take Red Star back to the playoffs for the first time since 2017.