From Moscow with love 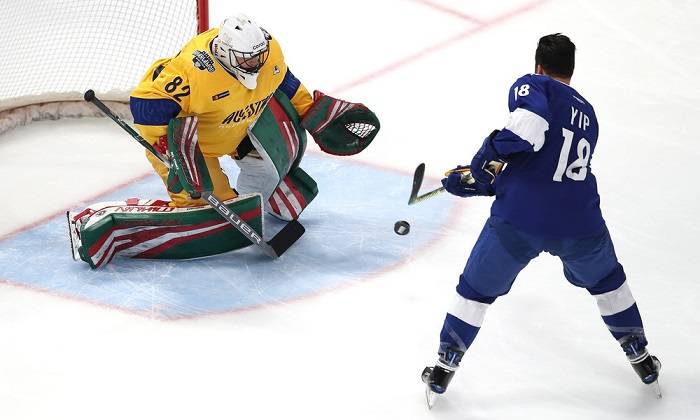 There was no KHL action over the weekend – but that’s because it was time for the annual All-Star Game. As usual, one weekend in January is given over to the show and, once again Red Star was well represented at the event.

Brandon Yip was chosen to play for Team Chernyshev at the VTB Arena in Moscow. He linked up with the top players from Avangard, Barys, Salavat Yulaev, Admiral and Amur under the guidance of head coach Bob Hartley to take part in Saturday’s Skill Show and a mini-tournament on Sunday pitting the KHL’s four divisions against one another.

The emphasis, as ever, was on entertainment; team Chernyshev got as much attention for captain Darren Dietz reciting poetry in Russian as it did for its hockey activities.

On the ice, though, Yip and his team-mates secured bronze medals thanks to a victory over Team Kharlamov in Sunday’s third-placed playoff. Yip got the opening goal in that game, and also scored in the shoot-out to help Chernyshev come home with some hardware.

But our captain wasn’t the only KRS representative at the big event. Rachel Llanes, a star forward with our KRS Vanke Rays women’s team, was also in Moscow. She was invited to help demonstrate the various challenges in the Skill Show – a happy distraction from the on-going Women’s Hockey League campaign, where the Rays are already able to look ahead to the playoffs as they currently sit second in the table behind defending champion Agidel Ufa.

“I tried not to take it all too seriously, but at the same time I wanted to show what I could do, and I had a really good time,” she said. “It was loud in there, lots of fans, and all the players were in a great mood as well. Everyone was happy to be a part of it. I didn’t really prepare anything in advance, I was just showing how to do each of the competitions. But of course, as a representative of the Women’s Hockey League, I knew everything had to be at the highest level.

“Being a part of the KHL All-Star Game was a great experience, something I’m really grateful for. Maybe next year it would be great if we could bring some of the girls to play against the guys – I’ve no doubt that we could give them a good game.

“Even while I was involved in the KHL Skill Show, I still found time to practice because in Shenzhen we’re still finishing off our regular season. I got to see the game on Saturday against Agidel and I was really happy for the girls. I think they’ve made my job a bit easier when I get home.” 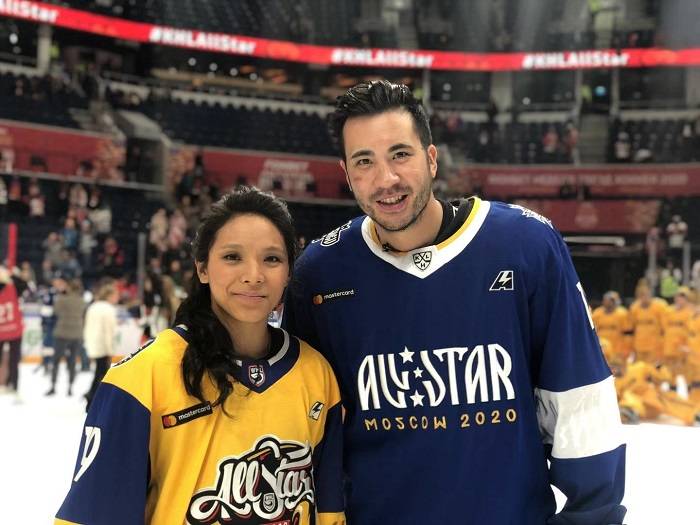