This week brings two games against Admiral Vladivostok – and a new club record is in the offing. Assuming captain Brandon Yip features in both games he will move to 139 appearances for the club and catch up with Finnish defenseman Joonas Jarvinen. 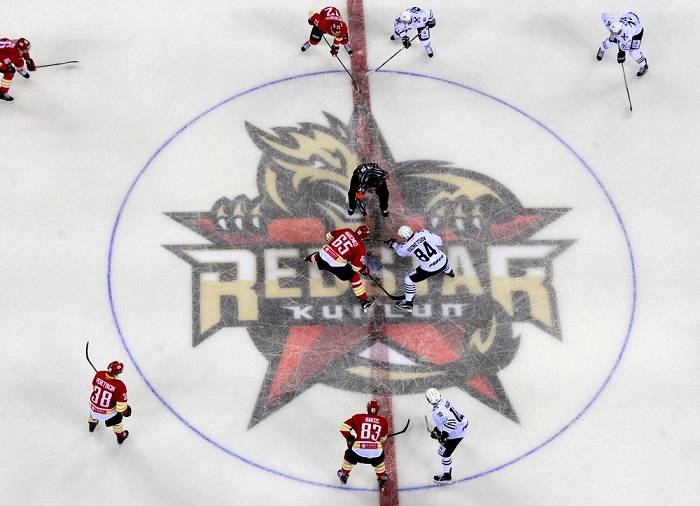 Last time out: We went to Vladivostok just before the international break and played an entertaining game before losing 4-5 in a shoot-out.

Familiar faces: Admiral’s Martin Bakos is a former Dragon with a taste for goals against his former team. In October he scored in our first meeting og the season and potted 1+1 when we met earlier this month. Our defenseman Denis Osipov played more than 100 games for our next opponent.

Background: Back-to-back games on home ice against a familiar opponent. As the festive season approaches fast, this could be a chance to give our fans some early gifts and pick up the points that would move us into the top eight. And there’s one celebration more or less guaranteed at the second of these games: on Wednesday, our captain Brandon Yip should make his 139th appearance for the club.

Yip has a good record in games against Admiral; so far he has collected 9 (4+5) points against the Sailors. That’s more than any player in either roster ahead of this week’s action. And he is unlikely to find Finnish goalie Juho Olkinuora standing in his way; he’s currently on the injured list, with Anton Krasotkin expected to start.

Unfortunately, the Dragons also have injury concerns on offense. Adam Cracknell is out, as are David Bondra, Gilbert Brule and Andrej Sustr who, like his fellow Czech international, goalie Simon Hrubec, had a busy weekend on international duty at the Channel 1 Cup and got a bad knock in his final game against Sweden.

There’s still every reason for optimism. Red Star’s recent form is good; the last time we failed to collect at least one point was on Nov. 25 at SKA; since then we have 4 wins and two shoot-out losses. Meanwhile, getting the better of sixth-placed Admiral will lift us up the table, with the Sailors currently one point ahead and clearly in our sights.