On the road again

After that six-game home stand brought a seven-point return, Red Star is back on the road again. In the build-up to the international break, there will be five games, taking the team from the edges of Moscow to Latvia, then back via Nizhny Novgorod and Sochi. Along the way, we’ll be meeting with high flyers, but also with opponents struggling at the wrong end of the table. Here’s the lowdown on the first part of the journey. 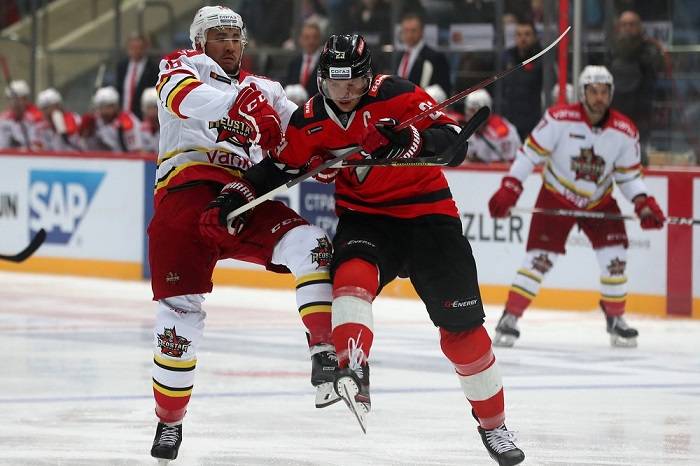 Last time: Our previous visit to Avangard this season ended in a 2-5 loss. Spencer Foo and Jake Chelios got the Red Star goals.

Familiar faces: Forward Taylor Beck played 60 games for Red Star before moving to Avangard during the past season. He scored on us earlier this season.

Background: Avangard welcomed back several key players in Tuesday’s bruising encounter at Salavat Yulaev. Fit again trio Cody Franson, Alexei Emelin and Sergei Shirokov were all back in action as the Hawks edged a shoot-out verdict. The win made it 13 successes from 20 games as the Hawks stay hard on the heels of Conference leader Ak Bars.

Bob Hartley’s team has found a winning formula built around a formidable pressing game: it’s high-energy hockey, pinning opponents into their zone and tightening the screws. That has helped Avangard generate the most effective power play in the league this season, scoring 18 times in 70 attempts for a25.7% conversion rate.

Among those returning players, defenseman Franson might be of particular concern. So far he has 6 (1+5) points against Red Star in his Avangard career; stifling him on the blue line will surely be an urgent priority in Friday’s game.

Last season: Our last trip to Vityaz brought a 2-1 victory thanks to goals from Brandon Yip and Wojtek Wolski. The return game in Shanghai saw the visitor win 3-1.

Familiar faces: Our forward Olli Palola got his first taste of the KHL with Vityaz in 2015/16. He played 27 games and contributed 5 (1+4) points. Another Finn, Ville Lajunen, was a productive force on our blue line last season, scoring 28 (10+18) points before opting to join Vityaz in the summer.

Background: the fast start to the season from Mikhail Kravets’ team was one of the talking points of September. Vityaz found itself on top of the KHL table, uncharted territory for a team better known for its fearsome collection of enforcers in the early years of the league.

That success attracted covetous glances from elsewhere and SKA swooped to sign two key players: goalie Alexander Samonov and forward Artyom Shvets-Rogovoi both moved to Petersburg, with Pyotr Kochetkov and Alexei Byvaltsev coming the other way.

Even before the trade, though, there were signs that the early momentum was fading. After a long winning streak, Vityaz had begun to alternate wins and losses and at the time of writing, is on a three-game losing streak after hitting the skids during its latest road trip. Alexander Semin remains the key figure on the team with 16 (7+9) points from 14 games.

Last season: In October we went to Latvia and won for the third time in three games there. Ville Lajunen, Olli Palola and Brandon Yip were the scorers in a 3-1 victory as we avenged a 2-4 loss on home ice back in September.

Background: Rock bottom of the KHL, it’s been a difficult season so far for Dinamo. However, Girts Ankipans can point to some improvements from his team following a horrific run of form that saw eight successive losses with an aggregate score of 6-35. Since halting that sequence with a 3-2 win at home to Dinamo Minsk on Oct. 9, the Latvians have four wins from six games including two victories over Traktor Chelyabinsk, one of our biggest rivals for a playoff place.

Brandon McMillan has been the architect of that improvement: in the past five games he’s contributed a goal and seven assists. There are also signs that the goaltending problems plaguing the team are coming to an end. Alexander Salak, who allowed 11 goals in his first two games for the club, recorded a 34-save shut-out in Wednesday’s 2-0 victory over Traktor.