Seeking another Tatar trip to remember 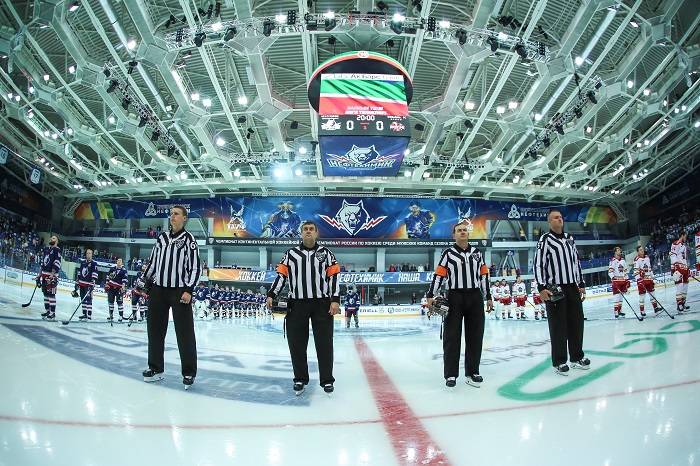 The next set of road games recalls some of last season’s highlights as the Dragons visit Tatarstan. This time last year, Kunlun collected its first ever wins in Kazan and Nizhnekamsk – now it’s time to establish an autumnal tradition and repeat those achievements. Monday brings another match-up against Barys, this time in Nur-Sultan.

Last season: A 2-0 victory in Tatarstan last September represented Red Star’s first win in Nizhnekamsk. Alexander Lazushin’s 40 saves backstopped the win and Brandon Yip potted his first goal of the season. The return game in Shanghai saw Neftekhimik get revenge with a 4-2 verdict.

Familiar faces: Our much-travelled forward Gilbert Brule lined up for Neftekhimik in the 2016/17 campaign, collecting 32 (12+20) points in 37 games.

Background: After our road trip began with three games against some of the East’s top teams, the next game pits Red Star against one of its biggest rivals in the race for a playoff spot. In recent seasons, much like ourselves, Neftekhimik has been scrapping for a place in the top eight. The current campaign looks to be shaping up in a similar fashion for Vyacheslav Butsayev’s team, with wins and losses alternating almost game by game. Recent games have hinted at problems with the Nizhnekamsk offense: two blanks in the last five, and just six goals scored altogether.

Last season: After failing to defeat Ak Bars in our first two seasons, Red Star recorded home and away victories over the Tatar powerhouse. First, and almost exactly one year ago, came a thrilling 4-3 success in Kazan with Veli-Matti Savinainen streaking away from Andrei Markov to snatch a last-gasp short-handed winner. Then, in China, another Lazushin shut-out helped us to a 3-0 triumph.

Background: The big tests keep on coming and a trip to Kazan is always a great chance to see how our team stacks up against the strongest in the competition. Ak Bars just saw a six-game winning streak come to an end in Novosibirsk but remains very much among the early leaders this season. It’s a time of change for the three-time champion, with Dmitry Kvartalnov looking to put his stamp on a team so long coached by Zinetula Bilyaletdinov. Among his new players, defenseman Mikael Wikstrand has been making an impact. The Swede’s six-game scoring streak coinciding with that winning run.

Among our old foes, Justin Azevedo and Vladimir Tkachyov remain on the Kazan offense; both have been among the goals against the Dragons in the past.

Last time: Barys came to Shenzhen for back-to-back games at the start of the month and the teams shared the spoils. Ethan Werek’s first goal in the KHL brought us a 1-0 victory before the following day saw the Kazakhs get revenge with a 3-2 scoreline.

Familiar faces: Defenseman Jesse Blacker played for Red Star in 2017/18 and is now in his second season in Nur-Sultan.

Background: We’ve already seen quite a lot of each other this season, and this looks set to be another close game against a Chernyshev Division rival. Since we last met, Barys has played two games in Almaty – like the Dragons in Shenzhen, bringing the KHL to new audiences and taking advantage of an arena built for the Universiade. Andrei Skabelka’s team impressed during that residency, defeating Spartak and Traktor without allowing a goal. Despite some changes to the roster over the summer, the team’s current form players are long-serving favorites, with Roman Starchenko and Dustin Boyd leading the team over the past handful of games.

For Wojtek Wolski and Brandon Yip, Barys is a good opponent. Wolski has 6 (2+4) points against the Kazakh team in Kunlun colors, while Yip has scored three times in his previous encounters with the men from Central Asia.