Saving the best until last 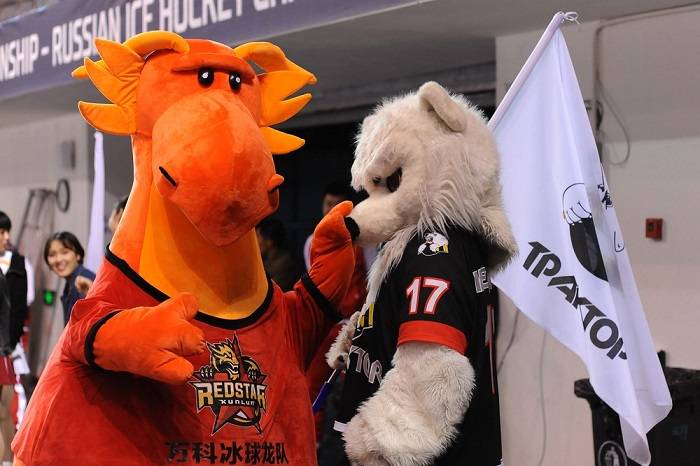 The last two games of our residency in Shenzhen bring Traktor into town. It’s set to be an intriguing match-up between two teams batting 0.500 so far this season – while our women’s team starts its Russian WHL campaign at the same to bring a festival of hockey to the south of China. Rest assured, Red Star will be doing everything to ensure that the best is saved for the last games at the Universiade Sports Complex.

Last season: Our first meeting came in October and both Justin Fontaine and Patrik Lundh got their first goals for the club in a 2-0 victory in Shanghai. Then on Dec. 30 we went to Chelyabinsk and repeated that scoreline thanks to Ville Lajunen and Lundh once again. Alexander Lazushin took the shut-out in both games. Since then, Red Star also enjoyed an overtime win over Traktor at the pre-season Romazan Memorial Cup in Magnitogorsk.

Familiar faces: Gilbert Brule had a short stint with Traktor back in the 2017/18 season, making six appearances at the start of the campaign and producing one assist. He moved on to China shortly afterwards, where his 36-point haul remains his best return for any spell at a KHL club. Unfortunately, though, the reunion will have to be postponed: Brule is suspended for two games.

Background: It’s a sensation, according to KHL.ru. Traktor finished the pre-season with the best record of any team in the KHL. Does pre-season form count for anything once the real deal starts? Well, maybe we should hope that it does. After all, as Traktor plowed a winning furrow, Peteris Skudra’s team suffered its only summertime loss against our Kunlun guys.

In regular season action, there’s not been much to choose between the teams. Both have a 50% win rate so far, with Traktor coming to Shenzhen on the back of a 3-1 victory over Admiral on Wednesday. That game saw Czech forward Lukas Sedlak pot his fifth goal of the season as he continues an effective partnership with compatriot Tomas Hyka. Young defenseman Ilya Karpukhin has also attracted good reviews this season: the 21-year-old has 5 (1+4) points so far and picked up a weekly award on Monday.

Curt Fraser finds himself without the suspended Brule, which will impact Red Star’s offensive options. But the games against Barys brought goals from Ethan Werek – his first for the club – and captain Brandon Yip – his first of the season – as the team looks to add more depth to its scoring.

The weekend action will be Red Star’s last engagements in Shenzhen. During their short time here, the Dragons have already enjoyed a record attendance for a regular season game when more than 6,200 came to see the 1-0 win over Barys. With a double-header in prospect this time around as the KRS Vanke Rays start their Russian Women’s Hockey League season, let’s see if we can raise that bar even higher against Traktor!