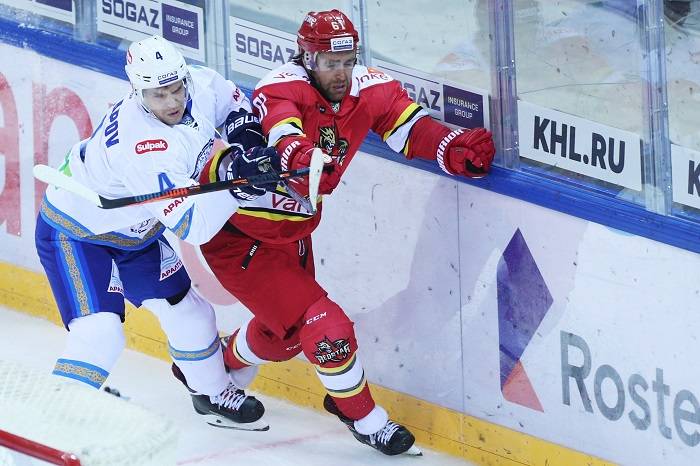 The decisive play came midway through the second period. A raid down the Red Star right saw Werek exchange passes with debutant Andrew Miller before squeezing a shot from a tight angle inside Henrik Karlsson’s defenses and in at the near post. There was a long wait to confirm the goal: the shot came from almost on the red line and as it found the target the net was knocked from its moorings. The officials therefore had to establish that Werek’s shot would not have landed in the side netting if the goalposts were not moved; a lengthy review finally secured the thumbs up. That was Werek’s first goal for the club, more than two years after he first came close to joining Red Star. Back in the summer of 2017 he was involved the recruitment camps set up with Mike Keenan to attract Chinese heritage players from North America. Back then, things didn’t work out; this summer he finally signed up for the Dragons and today delivered some of what we were waiting for.

But the win also owed much to Jeremy Smith, who secured his first shut-out for the club with 30 saves. The best of them came late in the game, with Kunlun threatening to make hard work of closing out the game. When Barys took a penalty with five minutes left, it seemed that the home task just got easier. Instead, a tripping call on Cory Kane just seconds later put the teams back to 4-on-4 and let the visitor off the hook. And our opponent looked to take advantage immediately, generating a three-on-one rush as Dustin Boyd picked out Iiro Pakarinen unattended in the left-hand circle. The Finn’s shot was good, but Smith’s reaction was better, sliding into position at the last moment and getting his pad behind the attempt to preserve Red Star’s lead. 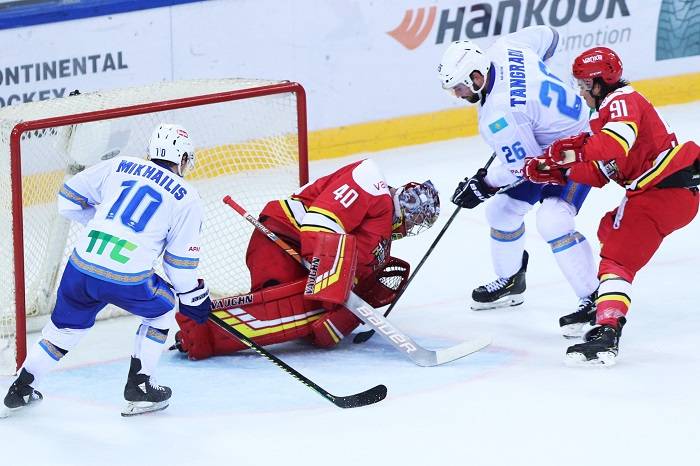 That wasn’t the only anxious moment in the third period: a neat Barys move early in the session offered Roman Starchenko an inviting look at a wide-open net but the experienced forward flashed his shot off target. And late in the game, with the Kazakhs using the extra skater, Smith had to hold on under pressure from Eric Tangradi as the visitor threw everything at the net in search of an equalizer. Smith, aged 30, is another summer arrival with extensive AHL experience and 10 outings in the NHL for the Avalanche. Earlier in the game he produced a good glove save to deny Starchenko; late in the first period he got behind a Jesse Blacker shot after our former defenseman found himself in space between the hashmarks.

It wasn’t all about the Barys offense, of course. Adam Cracknell might have given us a first-period lead but after his pause wrong-footed the visiting D his shot went wide of Karlsson’s goal. And for much of the game the play was fairly even. Only in the third period did the home defense come under increased pressure as time ticked down and we dug in to secure a second victory in three games.

The good news on the ice was matched by another boost in the tribunes. Sunday’s game attracted more than 6,000 fans to the Shenzhen Universiade Sports Center, our biggest crowd to date in the southern city. Once again, the Red Star project is demonstrating that interest in Chinese hockey continues to grow – let’s hope for more when we play Barys again tomorrow.