It all happened a bit later than planned – but Red Star got its first full pre-season engagement underway and recorded a win over Traktor in the opening game of the Romazan Memorial Cup in Magnitogorsk. An overtime tally from Wojtek Wolski, a man more than family with the Metallurg Arena, separated the two teams after a game in which Kunlun led 2-0 and 3-2 before being taken to overtime.

There was momentary confusion over Wolski’s winner. The Canadian forward got on the end of a breakaway and fired in a shot so powerful it flew back into play off the camera in the back of Ivan Fedotov’s net. Wolski appealed for the goal, play continued and it wasn’t until the whistle blew for a ‘too many men’ call against our team that the officials were able to review the tape and confirm that yes, indeed, the game was won.

That left head coach Curt Fraser, frustrated after red tape strangled our planned trip to the Governor’s Cup in Chelyabinsk, a happy man. “We didn’t have a chance to play a pre-season game up to now because of our geographical location,” he said. “It’s tough for teams to come to us, and it’s not easy for us to travel either. So I’m glad that finally we got to play some hockey. And I’m especially pleased that we could start with a win.”

Those thoughts were echoed by Wolski himself: “We knew this would be a tough game because everyone else has played some hockey this summer and we haven’t. This was an important fixture, it gave us a chance to assess our progress and our physical condition. For me, it’s always a bit special to come back to Magnitogorsk and it’s great that I could get the winner. It’s a good motivation to go out and pick up more points [in the rest of the tournament].” 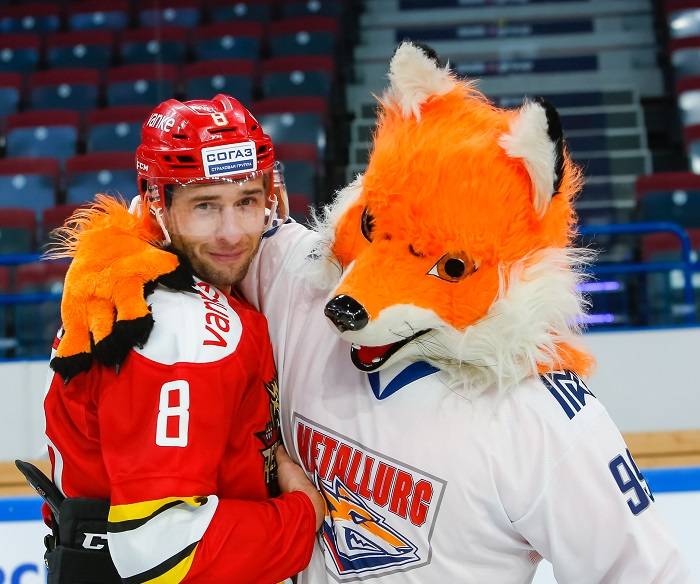 Wolski, who signed a contract extension in the summer, is a familiar figure at Kunlun and today’s game was a happy reminder of his status as a leader on our team. But the other scoring came from new faces as we got a close look at several of our new arrivals for the first time. It didn’t take long for Adam Cracknell to make an impression: he opened the scoring in the third minute with a redirect after Jason Fram fired the puck to the net. There was a debut goal for Spencer Foo early in the second period when he gobbled up the rebound from Andrej Sustr’s shot. And, after Traktor battled back to 2-2, Ethan Werek, our most recent acquisition, restored the lead in the 33rd minute after he was released into the danger zone by Tyler Wong. Another new arrival, goalie Simon Hrubec, celebrated his debut by securing the win.

The four-team tournament continues tomorrow with Red Star playing host team Metallurg in the evening game. The prizes will be handed out on Sunday after Kunlun finishes its program against Chernyshev Division rival Sibir.