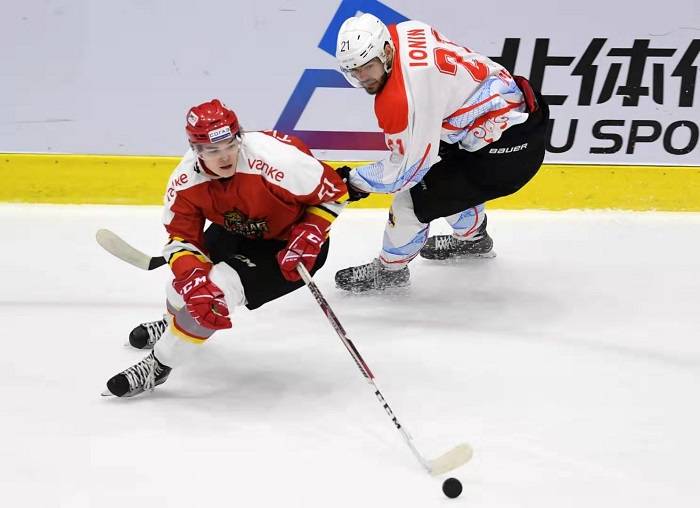 It’s important not to get carried away with pre-season results, especially at a tournament like this one. After all, against opposition from the VHL and the US College circuit, it would hardly be appropriate to ice a roster of KHL veterans. Moreover, it would squander a valuable opportunity to look at our depth and, in particular, assess the progress of those players who are on the radar for China’s Olympic team and are about to contest a season in the VHL.

That was the plan in the first two games: produce a prototype Chinese national roster and also try out a potential VHL team. There was no significant change for the third against Tseng Tou on Monday. There were some minor tweaks to the lines, and a couple of new faces, but overall the cast was familiar from the opening engagements in this competition. Rudi Ying, in fine scoring form this week, found the net for the third game running to tie the scores in the 10th minute; David Bondra, seeking to secure a contract in the KHL, did his cause no harm with two more goals to move to three from three games.

On the ice, the battle was intense. The teams traded goals midway through the third period with Dragons captain Colin Joe making it 4-2 only for Tseng Tou to hit back right away. It wasn’t until Zhang Zesen found the empty net 16 seconds before the hooter that KRS could be confident of victory.

That makes it two wins from two against Chinese opposition here – enough, perhaps to declare our KRS Select team the champions of China. Of course, it’s all unofficial, but nonetheless it all points to a program moving in the right direction.