Looking ahead. As always

As Kunlun Red Star gets ready to start its fourth season in the KHL, only two players have been part of the entire journey so far. Zach Yuen signed a contract extension during the summer and 20-year-old Rudi Ying secured a qualifying offer after completing his initial three-year contract. Ying’s story is unique: still one of the youngest guys at the club, he’s been involved at every level and played MHL, VHL and KHL. Here are his thoughts about growing up as part of KRS.

How would you summarize your time here? You’re one of the youngest members of the organization, but also have perhaps the most diverse experience.

It’s been great. This organization has been a real blessing to the Chinese hockey. It’s great to be a part of it. I’m not sure I’m young anymore, I’m 21 this year, but I feel young. I feel like I still have lot of room to improve, a lot to do. I’ve played in MHL, VHL and KHL but of course my goal is to do well in the KHL. I scored my first goal last season but that’s only the beginning and I hope that it builds up to more in the next few seasons.

What are your favorite memories of the last three seasons?

Maybe the best memories are just playing in my first year, coming into the team when I was just 18. That was a cool experience. And making the playoffs in that first year, that was cool for a new team to do. Of course, last year scoring my first goal, and the year before that scoring my first pro goal in the VHL, those are all great memories but that’s all in the past and its better to look ahead and think about creating new memories.

And the toughest things?

Oh sure, we’ve had a lot of problems. Injuries, a lot of normal things that happen in teams like changes in coaching staff, new teammates. There are a lot of challenges to overcome in terms of conditions around the rinks and travel. A lot of that is tough but I think it’s all normal, I don’t think I’ve had anything too major. I had surgery last year but that’s pretty normal, all hockey players get injured.

Sure. That’s the goal, right? You never want to stay where you are, especially when you’re 21. Maybe if you’re 30-something and you’ve already done well in your career you want to maintain as good as you can, but for younger players especially when you’re 17, 18, up to 22, the goal is always to improve. I think that never stops, even the vets when they’re working in practice they’re always trying to improve something. I definitely feel like I’ve got better over the past three years but it’s not enough in terms of what I think. It’s important to keep improving.

Is there something specific you want to work on? 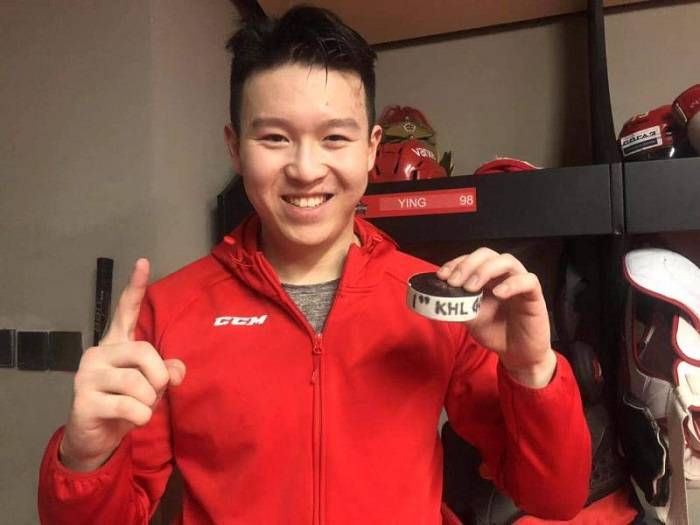